Photographer Tessa Neustadt and her boyfriend, Chris Nowling, did not intend on plunging into a full-blown kitchen renovation when they decided to upgrade a few details in their dated Los Angeles home. “We always despised the kitchen and knew it would have to be renovated at some point, but planned on doing it down the road,” Neustadt says. Instead, taking down two awkwardly placed cabinets immediately triggered their desire to redesign. 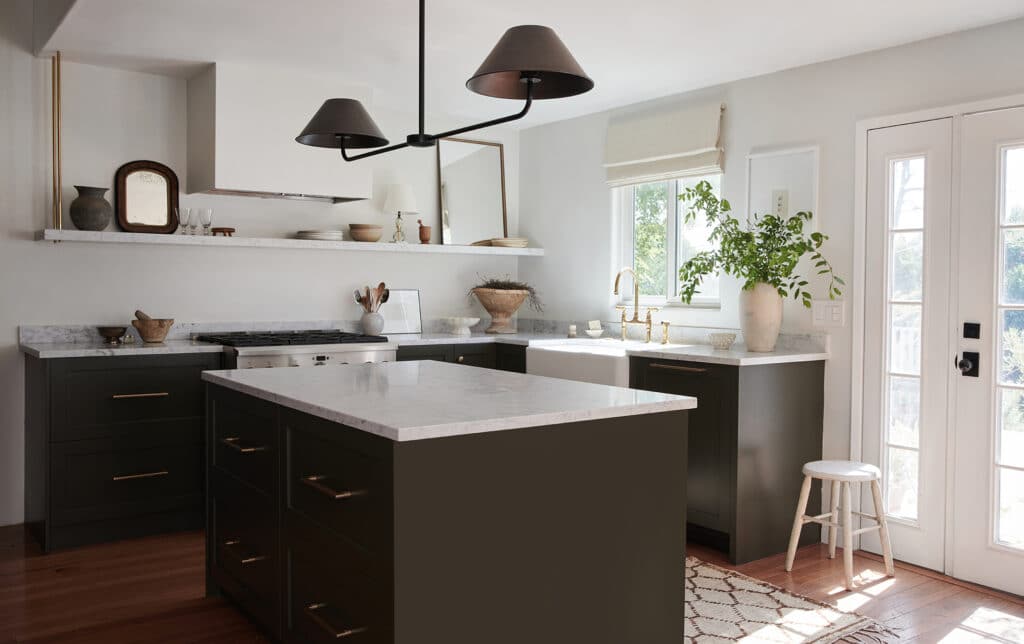 “We had these upper cabinets that were hung at different levels, and at first thought we would just remove [them] and replace them with open shelving,” she says. “But, it very quickly snowballed into a full kitchen renovation.”

The home, built in 1909, is nestled in the charming Eagle Rock neighborhood in Northeast Los Angeles. “Eagle Rock feels like a small town and is a bit quieter than other parts of LA. Our neighborhood is filled with trees and birds chirping and we have a great view of the mountains,” she adds. 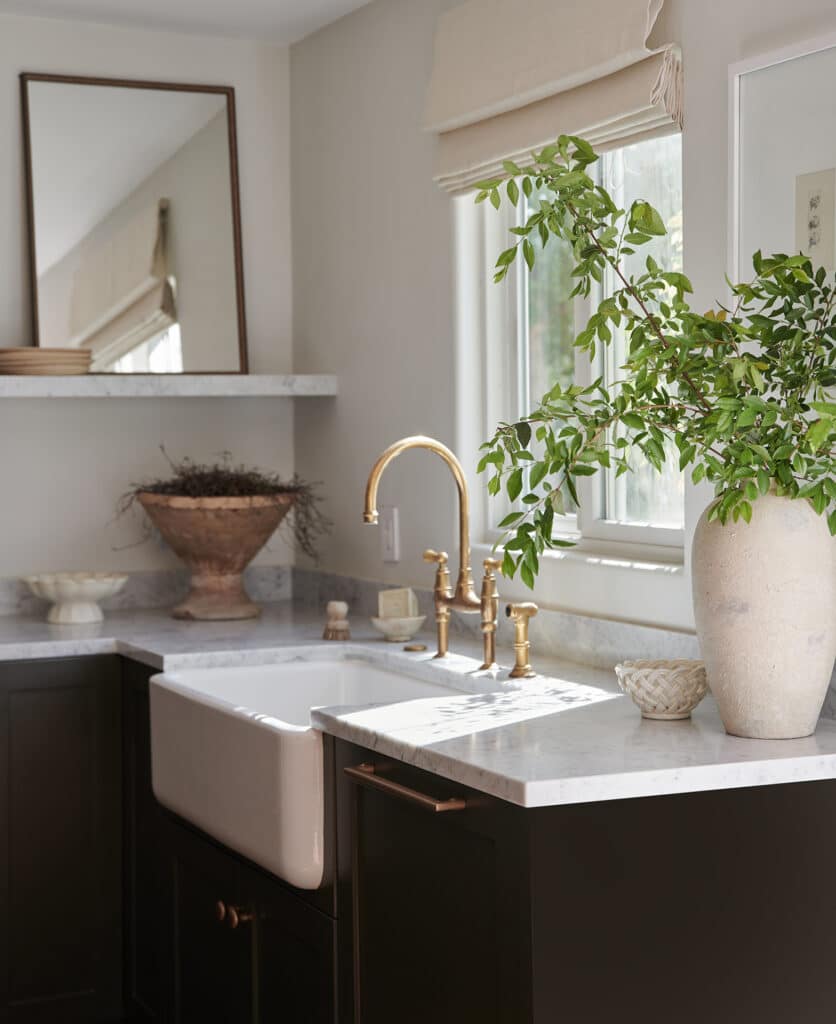 When Neustadt and Nowling moved into the home, the kitchen was their least favorite room in the house. It’s outdated medley of 20th-century design included a kitchen island made from both steel and granite, while the cabinets and light fixtures were unflattering shades of brown. 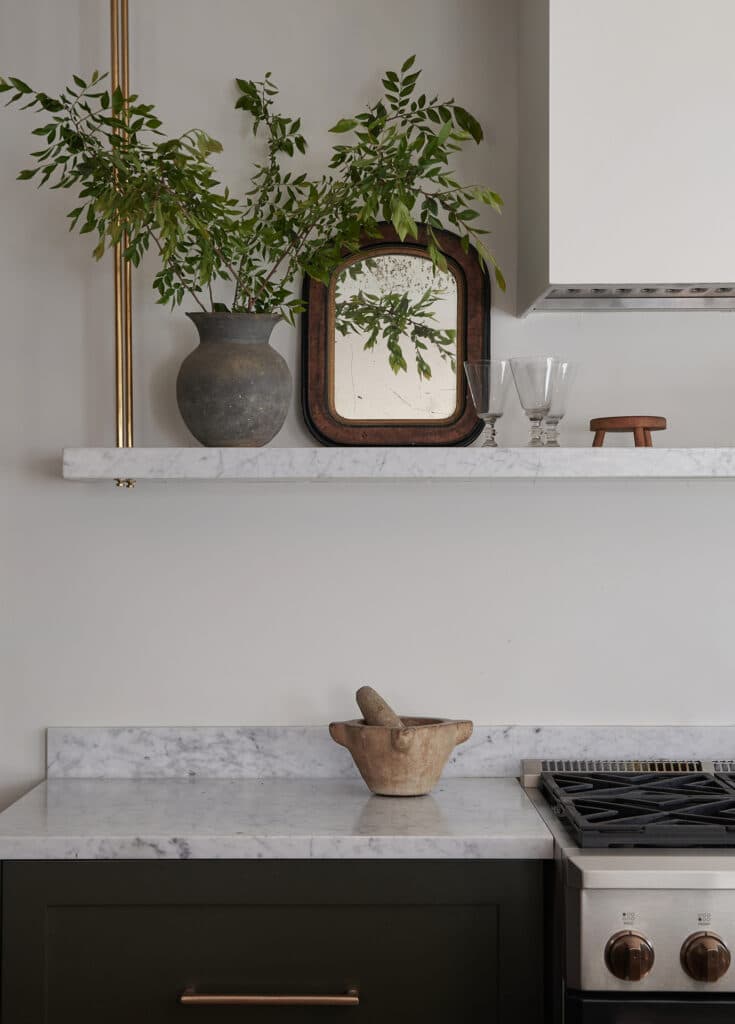 Design and Photography by Tess

The pair were mid-way through their kitchen renovation when the pandemic shut down the entire project. “We had to finish what we could on our own,” Neustadt says. Despite the obstacles, the two created a space that melds function with comfort and originality. “I can’t tell you how happy we were to have a new kitchen heading into the pandemic when we were suddenly spending most of our time there.”

One of their biggest DIY projects was designing their own semi-custom kitchen island. “Functionality wise, we wanted more countertop space. We built the kitchen island from IKEA boxes, using Semihandmade DIY Shaker fronts and had custom end caps built to create a more polished look,” she explains. 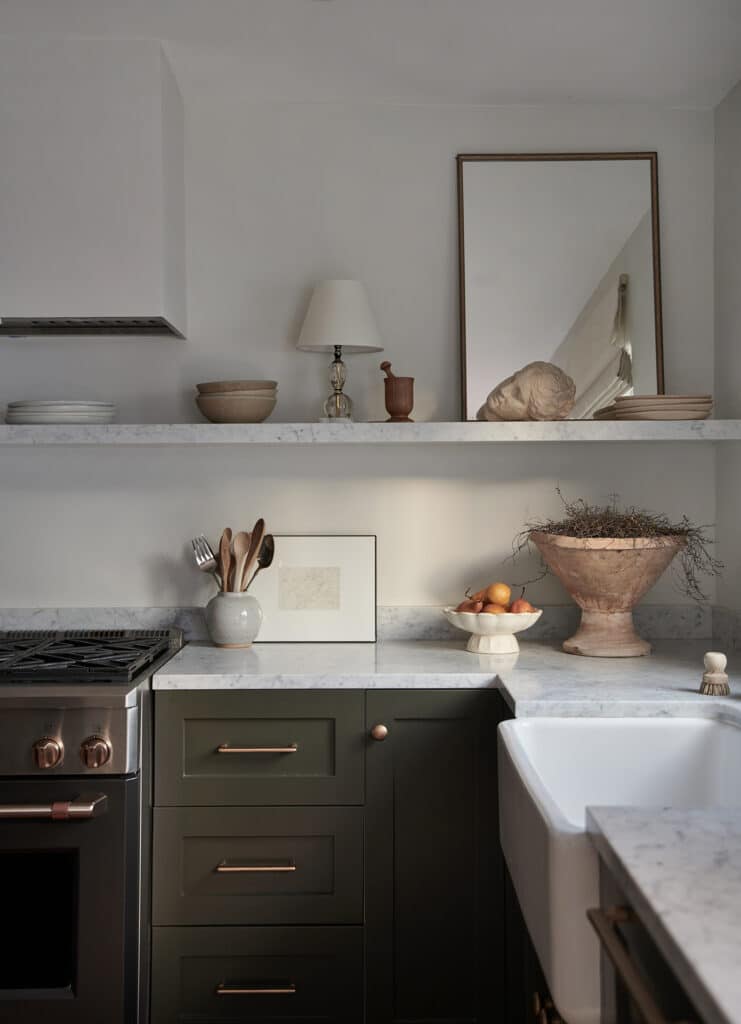 Design and Photography by Tessa Neusdat

Since the ceiling is lower in the kitchen than in other rooms in the house, the couple aimed to create the illusion of higher ceilings by replacing those awkward cabinets with floating marble shelves, immediately modernizing the space. The lightweight feel fits in with the minimalist design scheme.

Another way to create the feeling of a higher ceiling is by featuring dark colors closer to the floor. The bottom cabinets were replaced with Semihandmade’s DIY Shaker fronts, which juxtapose the white countertops and decor, which includes vintage vases and handmade plates. A dark, chic hanging light from Urban Electric Company replaced the outdated fixtures, while a vintage-looking Cafe Appliances stove adds an element of timelessness to the room. 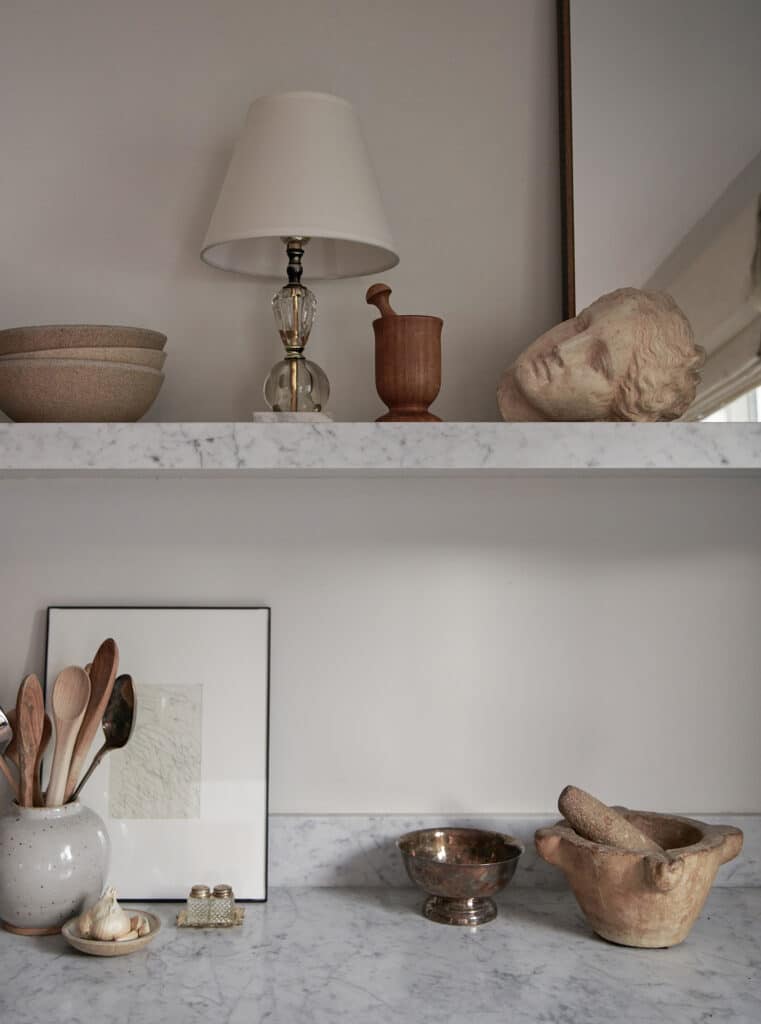 When to Call for Help

Although the couple finished the project themselves, there were areas where they called on professionals for advice. For instance, finding a way to support heavy floating marble shelves was a challenge on a wall that features a pocket door on the other side. In order to support the shelves, they collaborated with a builder to find a solution. “We had custom steel brackets fabricated, and then our builder came up with the idea to install brass dowels to provide the needed support,” Neustadt says.

In the end, the couple were left with a kitchen that was completely transformed from an incongruous bunch of materials to a cohesive, functional and cozy space.