Mary Lauren Gunn, and her husband, Clayton, feel it had to be fate that led them to South Carolina. The couple, who recently moved from San Diego, are currently renovating a charming 1980s home. They instantly fell for its lakeside location and coffered ceilings, despite it’s evident need for a remodel. “We had recently gone through something difficult as a family and wanted a quick little trip. Clay suggested South Carolina, and I had been wanting to visit Charleston,” she recalls. On a whim they perused Zillow and found one that caught their eye. It was on the water, in a great school district, and a deal compared with the California real estate market.

“We saw the house, walked in the backyard, fell in love, made an offer, and they accepted it the same day,” she recalls. 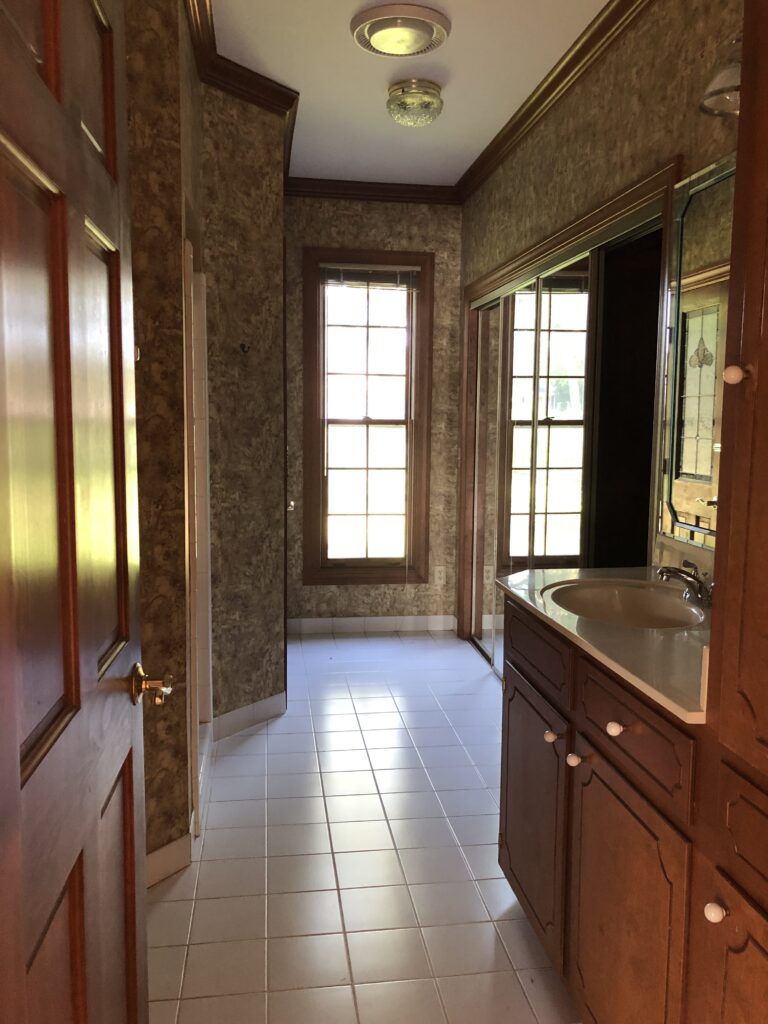 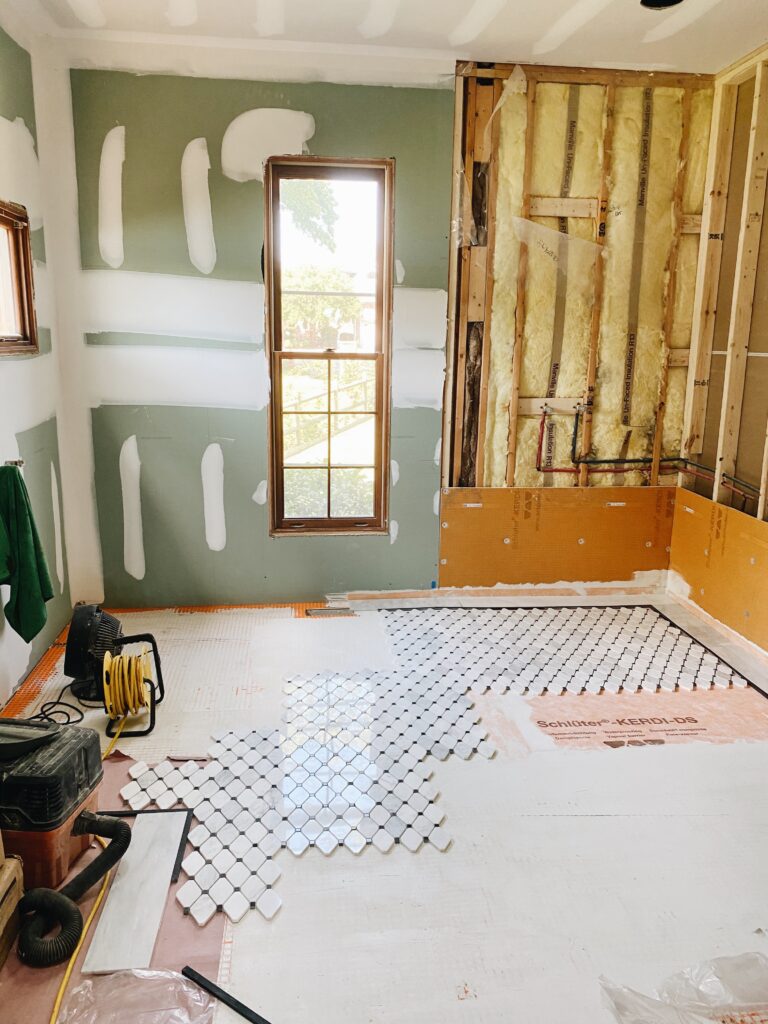 While they had initially hoped to be finished with the renovation sooner, the pandemic, plus welcoming their third child, has added plenty of lessons to the mix. The couple, luckily, are no strangers to DIY. Their love for design began after working on their newlywed fixer-upper. “We have had three other homes since then, and I love putting my touch in every space,” she says. While they both once worked as accountants, they now feel blessed to focus on renovations.

When it came to the bathroom, they had a lot of work ahead of them. The layout was wonky. On one side there was a men’s bathroom, the other a women’s bathroom, plus two small closets, two showers, and two sinks! Learn how they made the impressive transformation below. 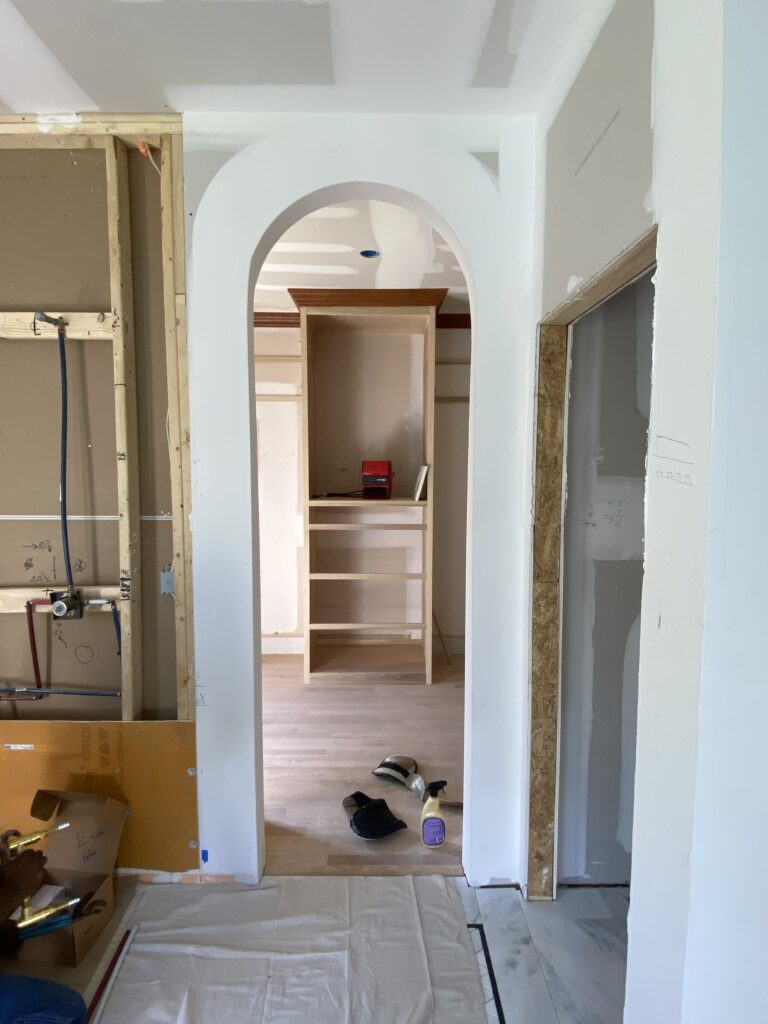 It’s OK to Start from Scratch

The dark, and very 1980s-feeling bathroom, was nothing like the tranquil space they had envisioned. “It screamed ’80s,” she says of the home. “There was maroon wallpaper everywhere, forest green wall paint and truthfully, it was pretty beat up.”

They decided to start from the beginning and knocked down all of the walls, reconfiguring the space, and leaving one large bathroom with a singular closet. 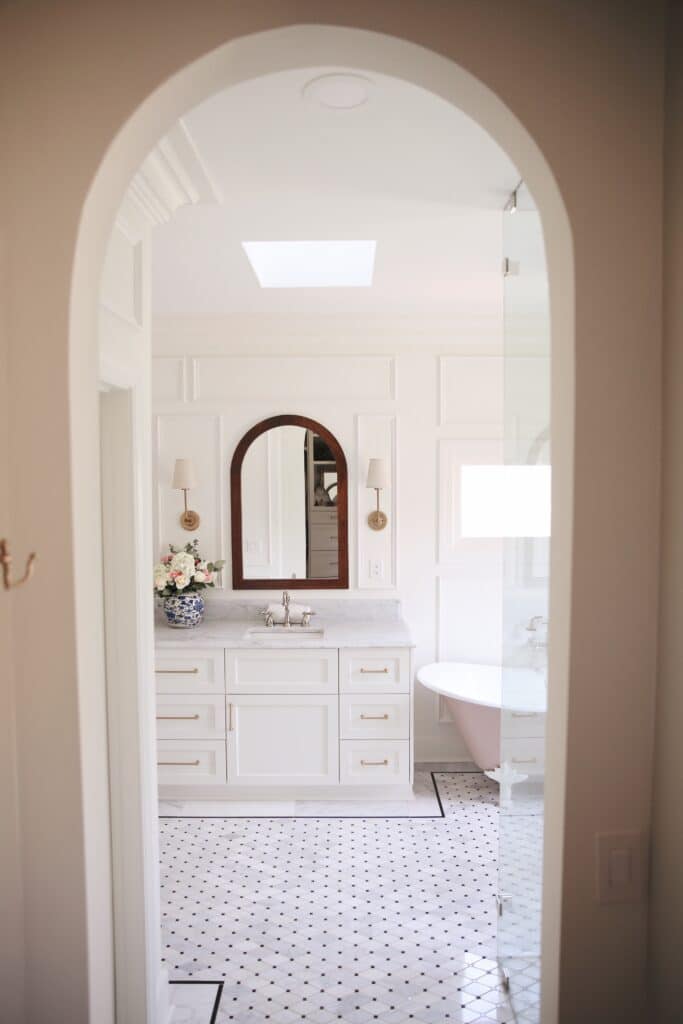 From Dreary to Dreamy

When it came to the design scheme, the Gunn family has always loved classics. Think black and white, marble, and something clean, bright and airy, that would still nod to the home’s traditional vernacular and location.

“We used Semihandmade’s DIY Shaker fronts for Sektion,” she says. In order to create a cohesive remodel, she used Benjamin Moore’s Swiss Coffee, “a gorgeous warm white” on the fronts and throughout the rest of the house. 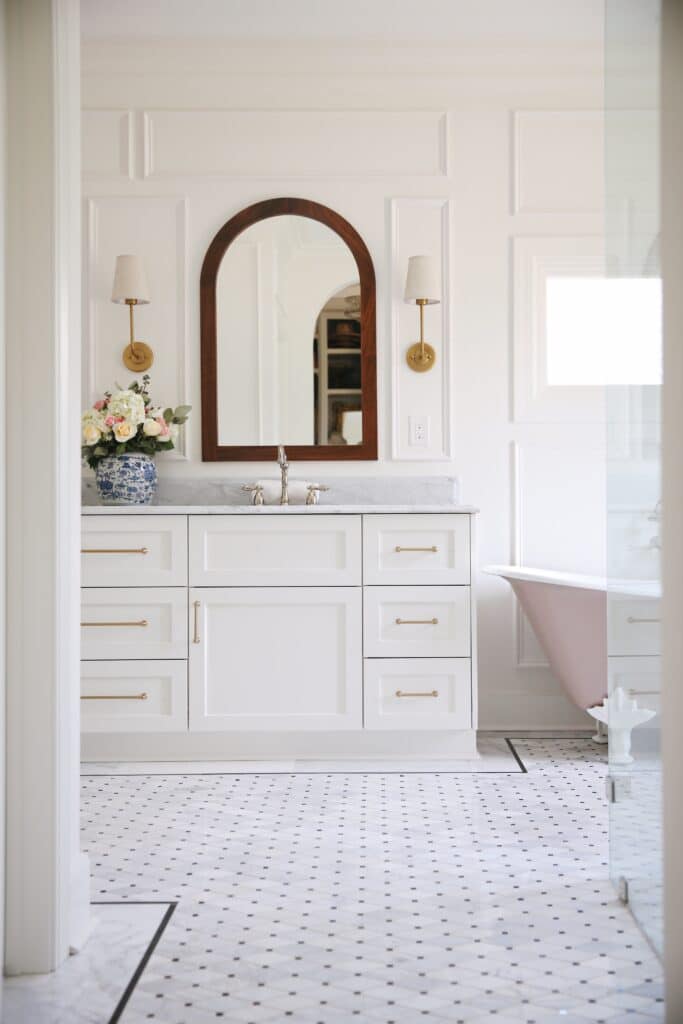 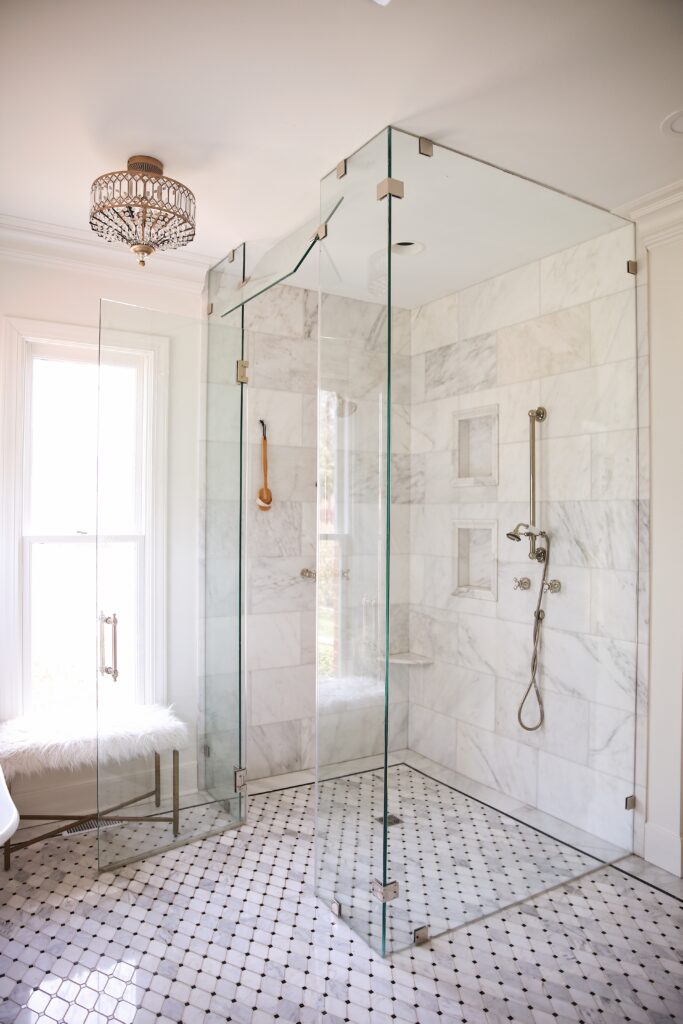 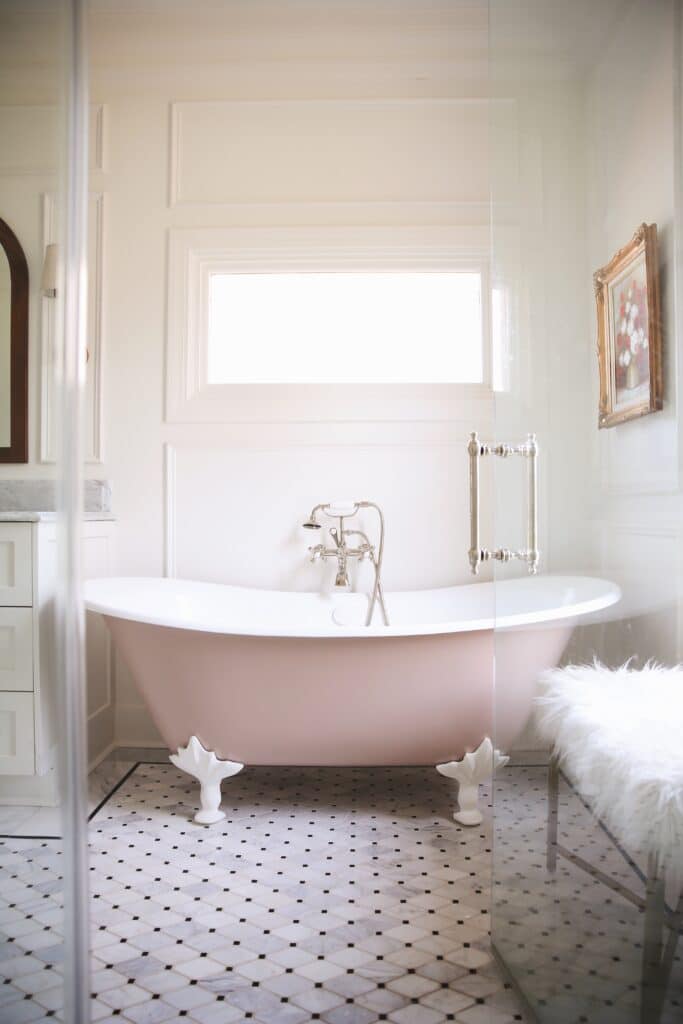 The layout was the most challenging aspect for the couple. “We went through so many different layout options, but I’m so happy with where we landed,” she says.

They wanted a seamless shower with glass all the way to the ceiling, and while initially met with pushback as it would be impossible or not recommended, she finally found someone who understood their vision. “It turned out so beautiful, and exactly how I pictured,” she says. A rotating transom and recessed LED light with a ventilation system inside the shower help to keep it nice and steamy.