Before Nicole Richardson and her husband, Steve, bought their Long Beach home in April 2021, it had sat empty for five whole years. It once had charred from a fire and its precious owner had intentded on a flip, only to leave it unfinished. For Richardson, this was a huge opportunity. She could custom design a space where her family and their friends could gather and share meals together. The only thing was, she’d never done a renovation before.

“The interior was literally just studs. No walls, no floors, no nothing,” she says. “I had to start from scratch, and I’m not a designer, so that was intimidating.”

A Little Help From Friends 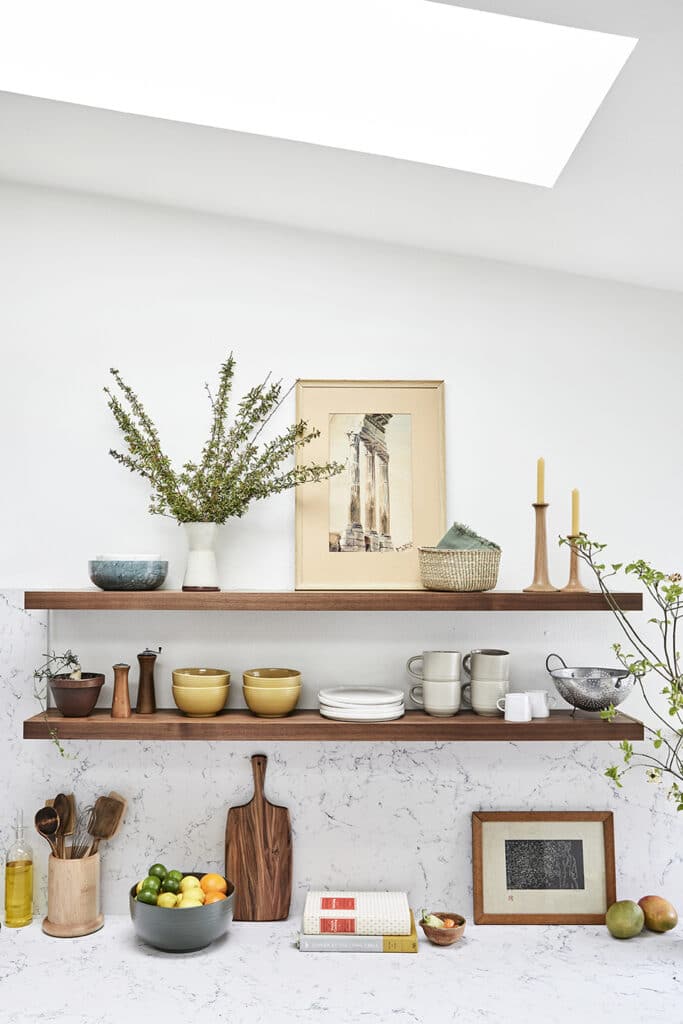 Luckily, her husband works in real estate and had experience flipping houses, plus had a designer friend, Aly Daly, who was willing to give Richardson advice before she got started.

Together, they considered various ideas, and landed on what would become the pièce de résistance of the room: Floor-to-ceiling cabinets with Semihandmade Supermatte Desert Grey Slab fronts and Desert Grey Quarterline drawers, which would create tons of custom storage, while still making the kitchen feel open and airy. 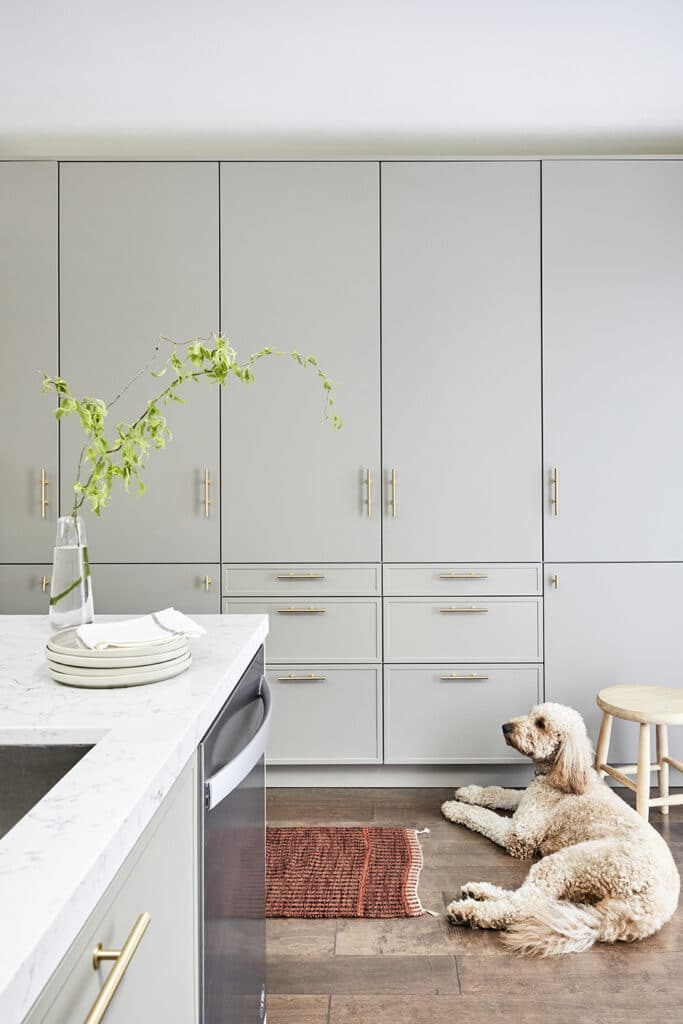 Once she had the cabinets figured out, Richardson felt more prepared to tackle the renovation alone. Working just with contractors, she created her dream kitchen that’s tailored specifically to her family’s needs. Here, she shares some advice for what fellow first-time renovators should consider before getting started.

Be Prepared For Happy Accidents 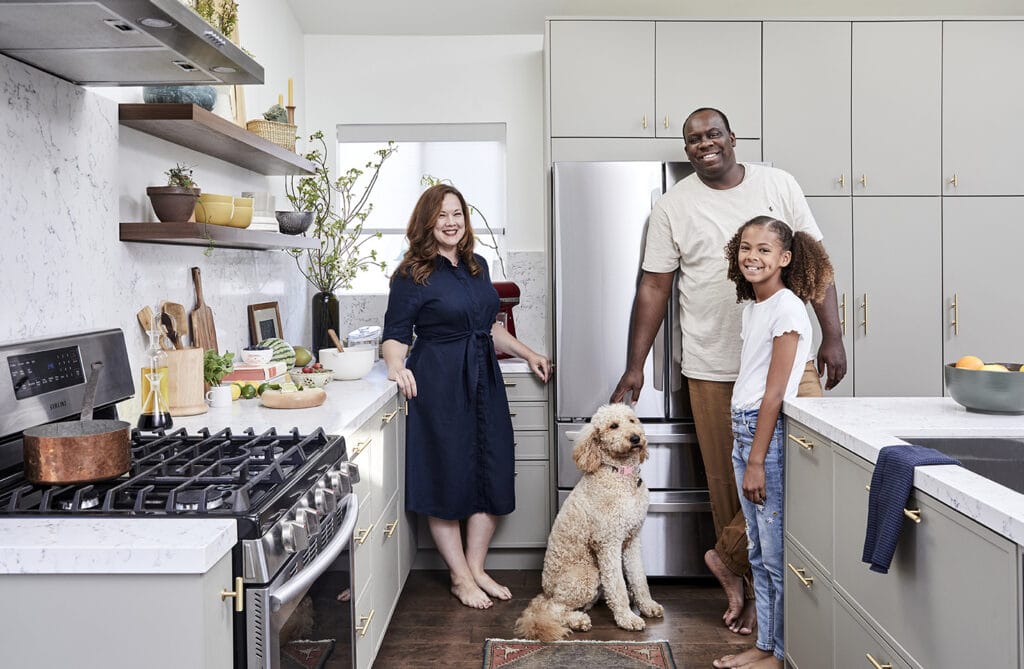 No matter how detail-oriented your renovation plans may be, things will inevitably change during the renovation process—either intentionally or not. What’s most important is having a sense of what’s possible in your space and what’s not. In a kitchen, plumbing often dictates where certain fixtures can go; even though plumbing had yet to be installed in Richardson’s space when she began her renovation, the contractors discovered a concrete slab in the ground that forced them to install the pipes in a less-than-ideal space. The result: The kitchen island felt like it was miles away from the stove.

But Richardson had a solution: “I said, ‘Well, what if we double it?’” Her contractors were skeptical. With an overhang to allow for countertop seating, the top of the island would be about 80 by 60 inches large. So, Richardson went to Pinterest to find examples of similarly sized islands—and found that she loved how they looked. In fact, an extra-large island would be exactly the kind of gathering space that she wanted her kitchen to have. She insisted, her contractors compiled, and they were all happy to see how well the end result worked. “We’ve already entertained a few times, and the island is where everyone hangs out,” she says.

Think About Durability, Function, and Price 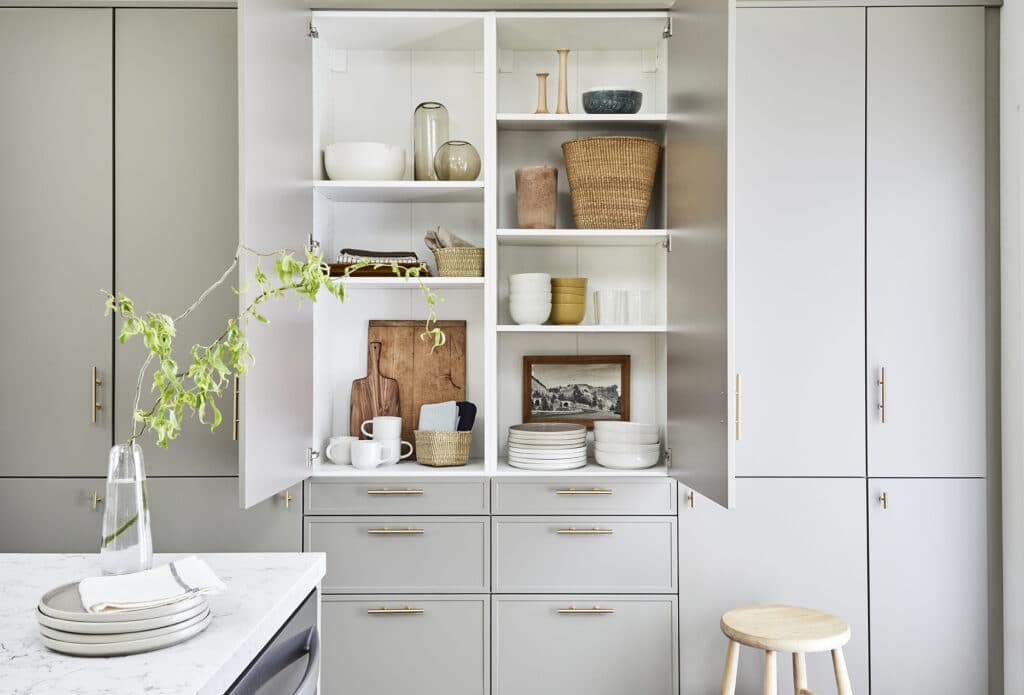 Richardson was sold on the idea of floor-to-ceiling cabinets early on in her renovation process—but once she started looking into how much they’d cost, she felt uneasy. Landing on IKEA cabinets with Semihandmade fronts allowed her to stick to her budget, while still getting the semi-custom look that she wanted. The customizable interiors also helped her to make a space that worked with her family; because her husband stands at 6’7, she knew she wanted to outfit her cabinets entirely with drawers, to make it easier for him to access things without crouching down. She also carved out a large storage spot in one cabinet to accommodate the family dog’s food storage. 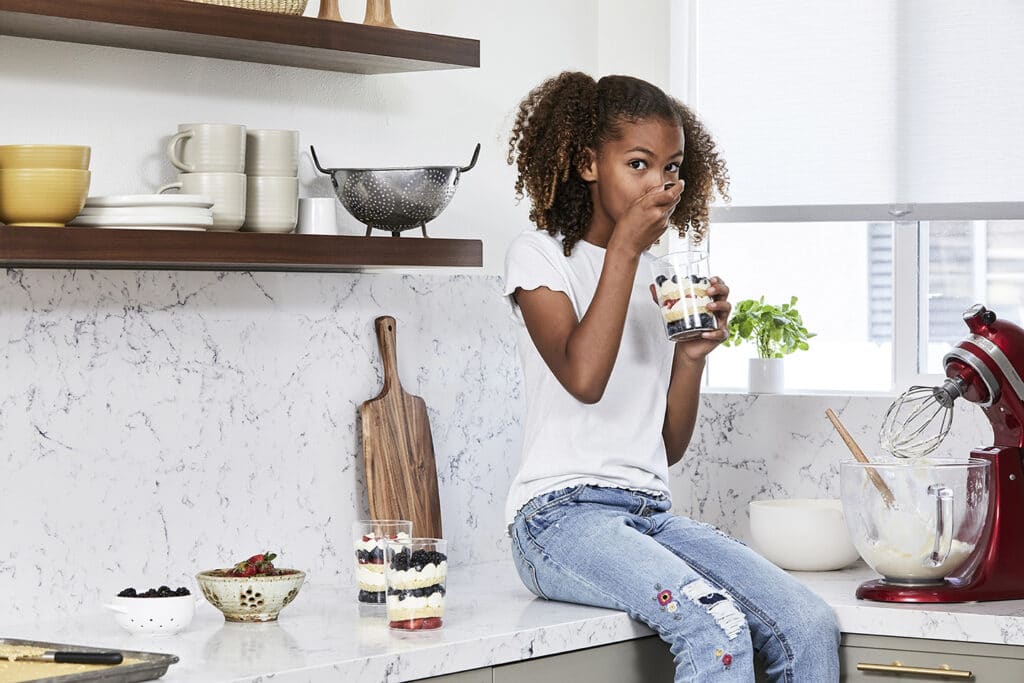 Semihandmade’s therofoil finish also offered the durability that Richardsome was looking for: “We have had hot coffee, kids’ science experiments, and everything else splattered on them and it’s as simple as wiping them down with a wet microfiber cloth and a little all purpose cleaner and they look just like new again.” The same goes for her quartz backsplash—which also doesn’t need as much cleaning upkeep as tiles with grout would require.

When In Doubt, Ask an Expert 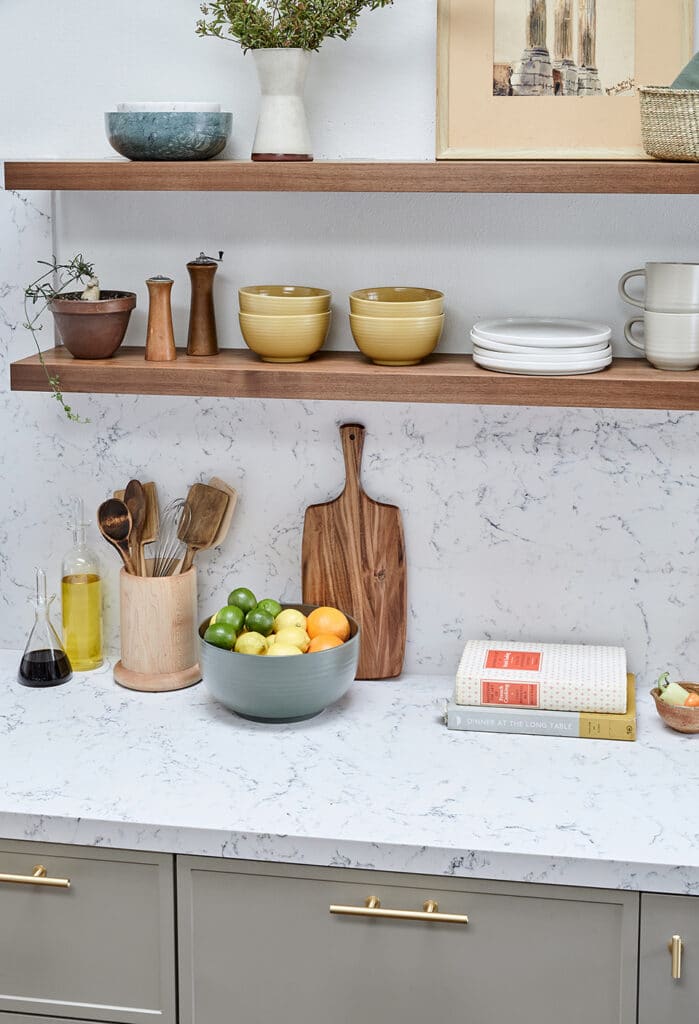 Although Richardson didn’t work with an interior designer throughout her entire renovation, she found plenty of guidance along the way. “Call the designers at both IKEA and Semihandmade, talk it through, and make a list of what’s really important to you and your kitchen,” she says. “Take the time to work around the room and include all those things that you want to make sure you have them.”

Her contractors also helped her to ease out of some tricky situations. Because of supply chain problems, Richardson had a hard time finding one final IKEA cabinet to complete her kitchen, even going so far as to drive to several locations looking for it. Finally, she told her contractor what the delay was. “I was at my wit’s end and on the verge of tears,” she says. “And he said, ‘Oh, that’s no big deal. Buy a cabinet with the same heigh and depth, but wider, and I’ll cut it down for you.’” Within just two days, the contractor installed all of the cabinets, and Richardson’s kitchen was complete.