Is there anything that has the power to pull you into a room more than a fireplace?

It’s a truly primordial feeling. Afterall, for most of human history, making and sustaining a fire was a central preoccupation.

The ancient Greek and Roman concept of home centered around the fireplace. In ancient Greece, it was even part of the marriage ceremony. A flame was symbolically carried by the bride’s mother to the home of the newlyweds. From there, it was the responsibility of the new bride to maintain the hearth and its fire as letting it die was seen as an extremely bad omen. Cooking wasn’t done over this fire, as it would have polluted the purity of the home’s flame, but was done over the kitchen fire instead. 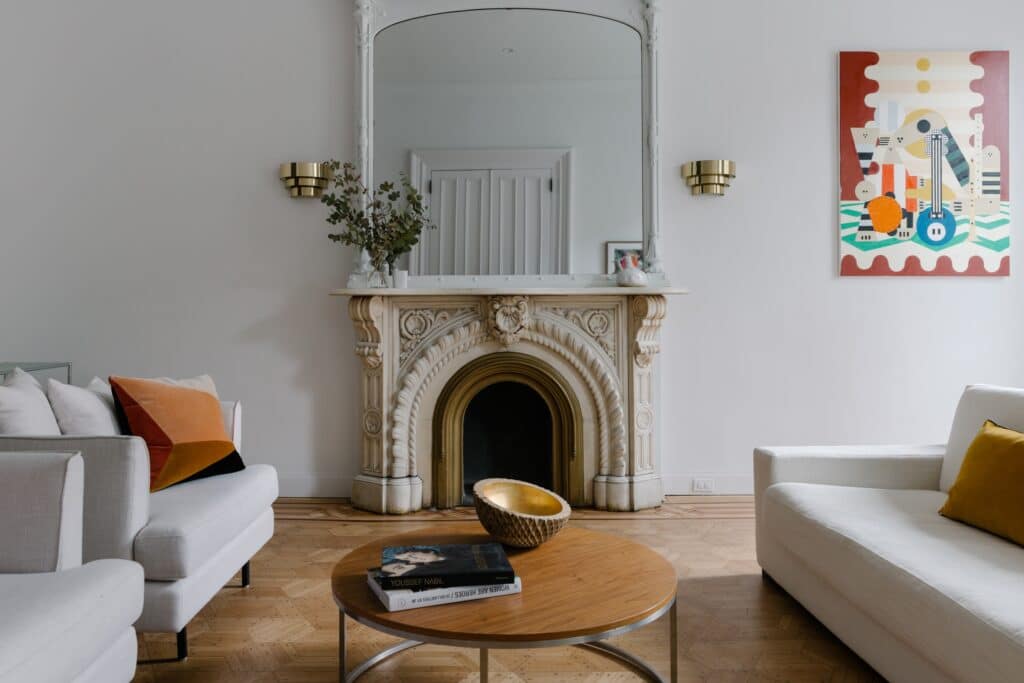 Design by The Brownstone Boys; Photography by Nick Glimenakis

Ancient Romans had elaborate heating systems with warming pipes in the walls and under the floors. Much of this technology was lost after the fall of Rome and medieval homes were built around a simple, open hearth. (Imagine constructing walls around a campfire.) It took time for heating technology to catch back up to those in ancient civilizations; the big technological innovation of the 14th century was when a fireplace built into a wall replaced the open hearth. Even then, small country homes would still have open fires. 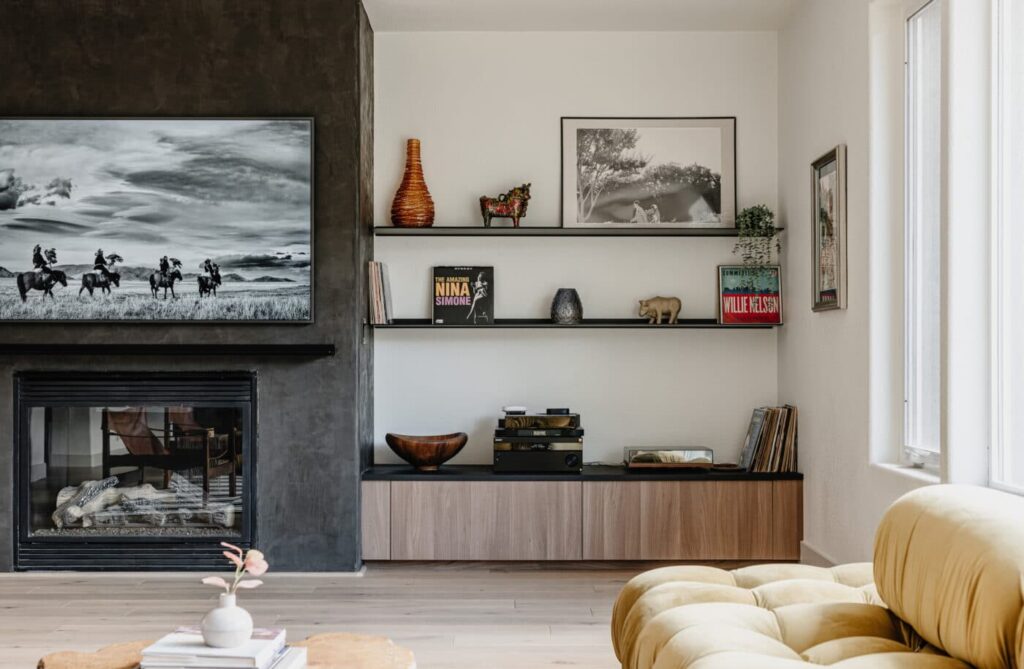 For the next five centuries, the only change in fireplace innovation was decorative as fireplaces became increasingly ornamental. Grand fireplaces with elaborate carvings were tourist attractions and 17th-century Parisian guidebooks even advised visitors on which fireplaces were must-sees. And that combo that we’re still so fond of today? It dates from 1609 when the French mirror industry developed the technology necessary for the production of full-length mirrors, and the marble mantel with a huge mirror became de rigueur for important rooms. The mirror-and-mantle was essential to the room’s function as convention dictated that those seated around the fire should be able to look into the mirror and view everything going on in the rest of the room. 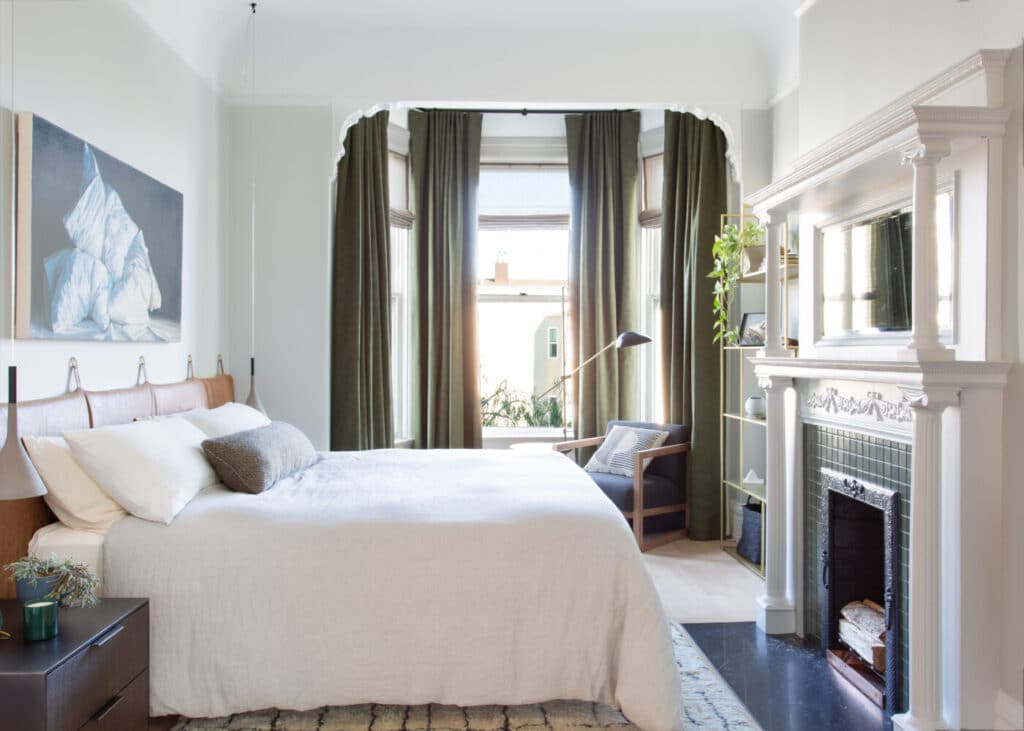 Although such fireplaces were stunning, the lack of technological innovation in heating systems meant that people needed other sources of heat. The fireplace produced uneven shallow heat and drew cold air into the room. Furthermore, they also gave off large quantities of smoke. No one seemed to mind until a trend for expensive, light-colored fabrics took Europe by storm, which easily showed soot. 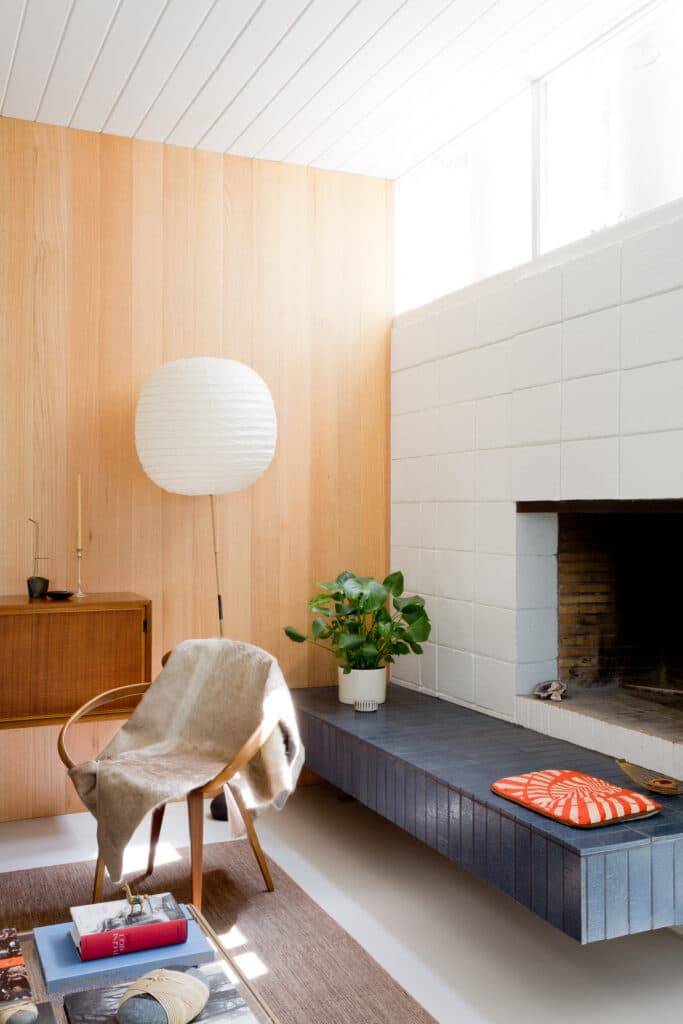 Finally, during the 18th century, enclosed wood-burning stoves began to replace the fireplace in continental Europe, Scandinavia, and America. The stove would often be the feature of a combined living and kitchen area and incorporated hot plates for cooking food. It wasn’t until after World War II that most homeowners in America and Europe were able to afford a central-heating system via radiators.

Even though technology has solved our heating issues, the fireplace remains central to our idea of home and family. The Ancient Greek and Roman ideal of the hearth as the soul of the home is still alive. Central heat might be more efficient, but it doesn’t have the same pull as a roaring fire.