Designing a home for one client is hard enough. Kate Totten of Tandem Design was in for a challenge when approached by homeowners who wanted to rent out their midcentury Palm Springs home, thus the renovation would have to have mass appeal.

“We had to make it work for everything from bachelorette parties to families,” Totten recalls. “That really influenced the kitchen design from the start. We knew things had to be hard-wearing and super functional. We never designed with that many clients in mind.” 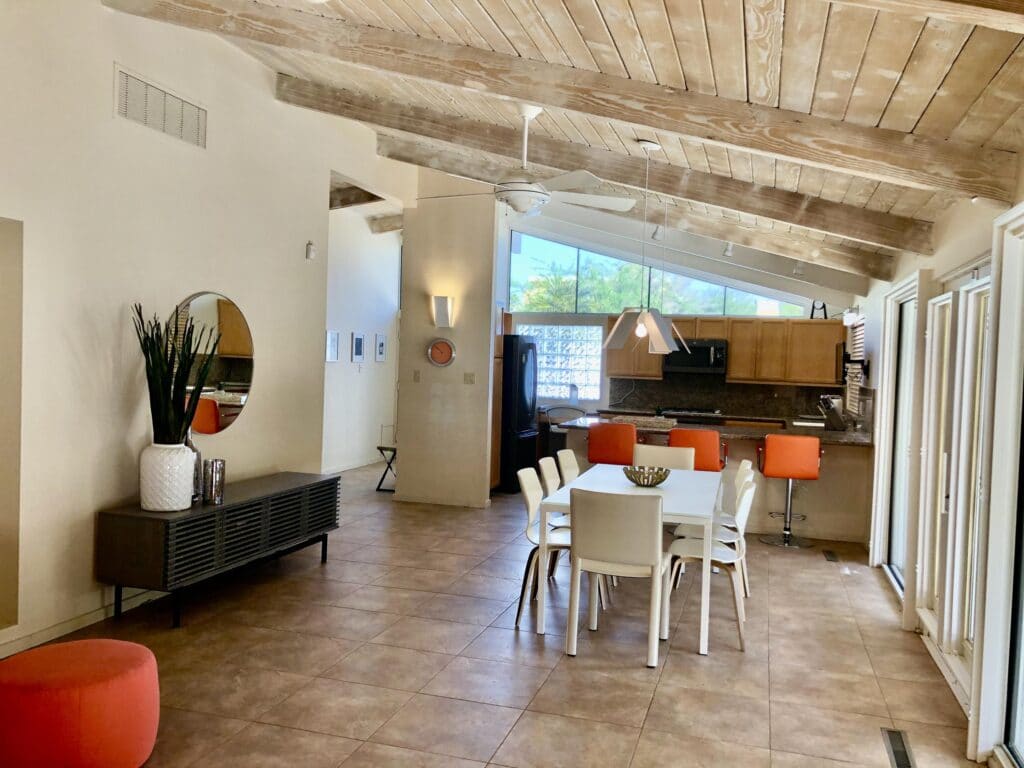 The three-bedroom home, which was built in 1957, had a stunning midcentury exterior but “the interior had fallen victim to many years of bad renovations,” Totten says. “We wanted to inject back some of the glamor of that past, however doing that on a budget was a tricky ask,” she adds. 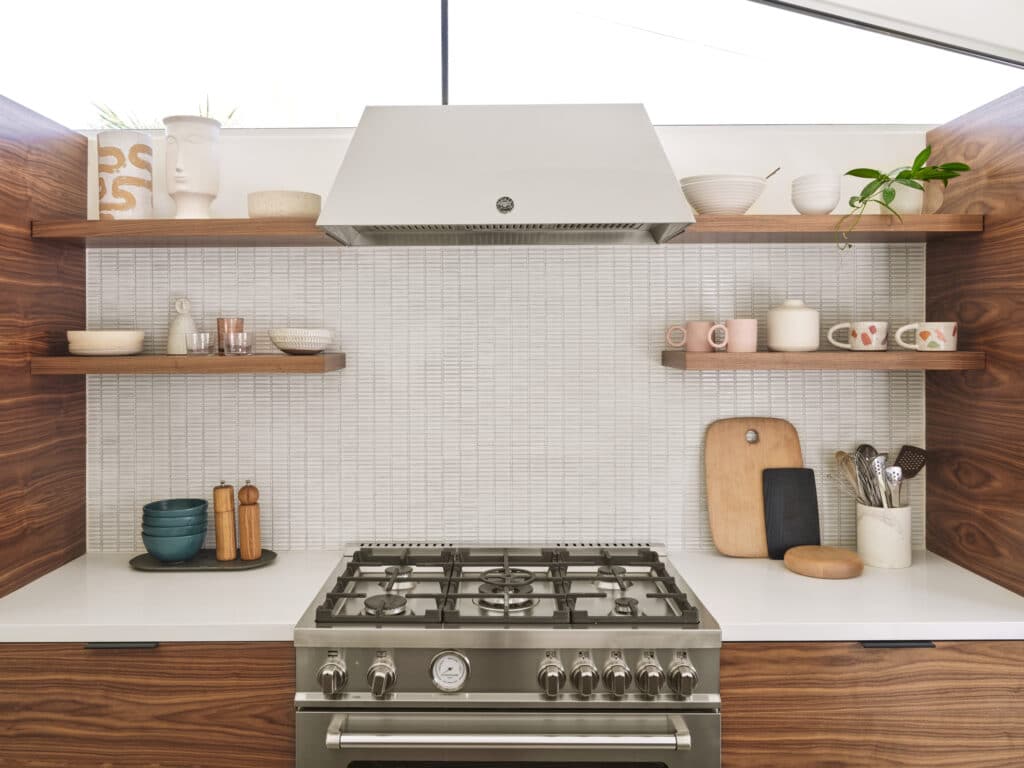 In order to keep costs at bay, Totten worked with Semihandmade.“We pitched Semihandmade because I had used it in my personal kitchen renovation. I had lived with a Semihandmade kitchen, and knew how well it works and how beautiful it is,” she says.

Convinced she wanted to keep the interiors true to the midcentury era, she chose Semihandmade’s walnut fronts, which evoke a timeless style and are one of the homeowner’s favorite elements of the renovation. “She was in from the go. As soon as she saw the samples she said, “Let’s do it!'” 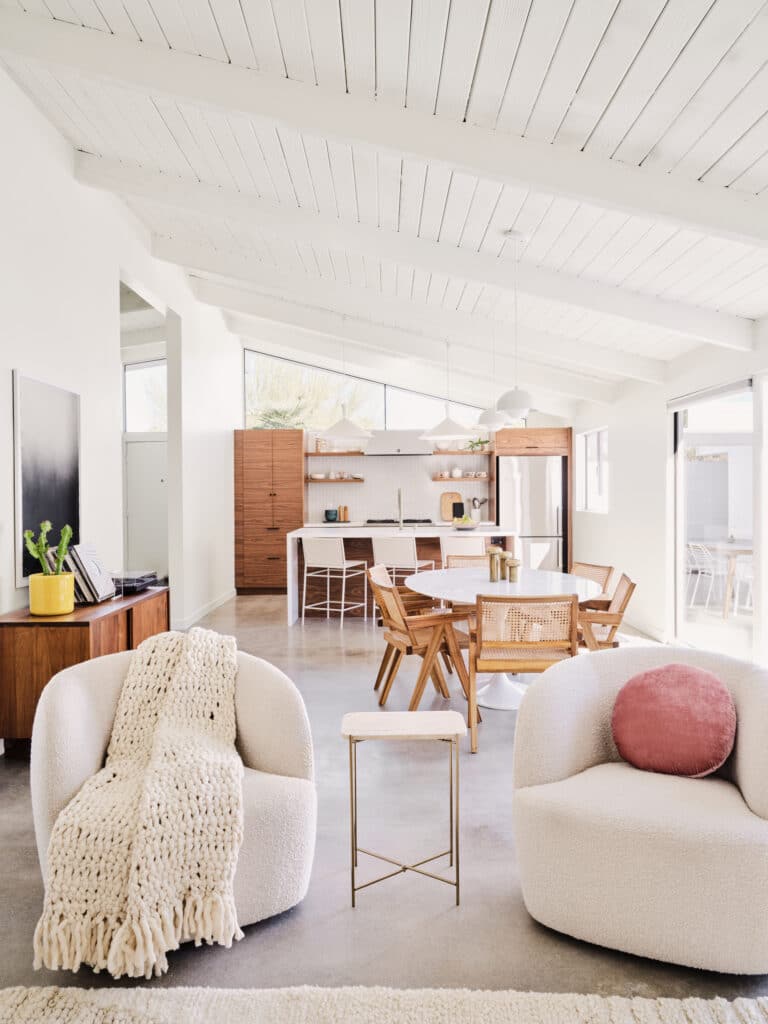 In order to make the kitchen feel more open, Tottten and team also tackled the dark wood on the ceiling. “It was a lot of sanding, a lot of patching, and a lot of paint,” says the designer. Along with changing the ceiling, they also added a white backsplash from Nemo Tile for a lighter, brighter feel.

And, instead of going for upper cabinets, the team opted for Semihandmade walnut floating shelves above the stove to provide just the right amount of contrast. “The white backsplash really lets the walnut texture sing,” she says. 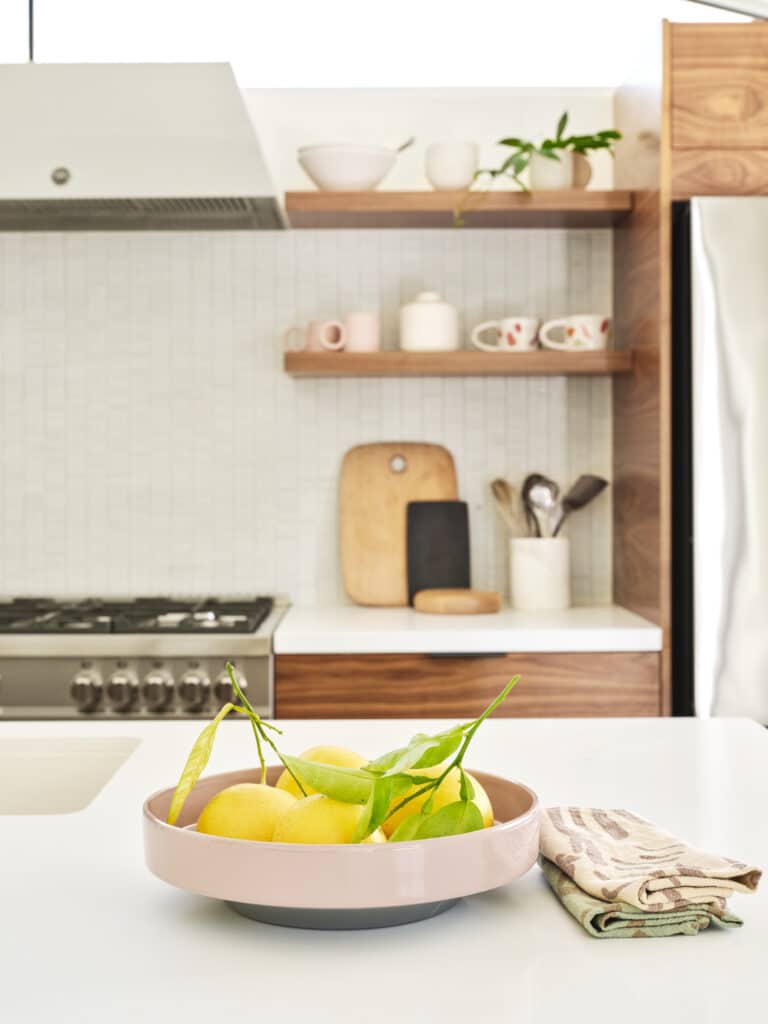 As well as designing to fit the needs of short-term renters, it also needed to feel like a home. “When it’s not rented, they do live there part-time so it had to not feel like a hotel. It had to have the everyday functionality as a home kitchen and not some cold space,” Totten says.

In order to make the kitchen feel inviting, the team at Tandem changed the floor plan to include an island with access points on both sides. “You can move freely, like when someone is cooking. It’s also easily accessible to walk from the pool to the fridge to grab a drink,” she says. Now that is a vacation.