You’d be hard-pressed to find anyone who actually likes doing laundry—especially in a poorly lit, cramped corner of the house.

“This room hardly existed,” says designer and lifestyle blogger Mary Lauren Gunn, who recently moved with her husband and three young kids from San Diego to a fixer-upper in South Carolina. Before the renovation, a dark, narrow hallway led to a claustrophobic and equally dark laundry room.

To open up the space, Gunn knocked out a bordering closet, built up the floor in the garage, and added a massive window. Almost instantly—and even before the gorgeous design details—these changes transformed the room into a bright and airy space. Once the layout was right, she turned her attention to designing a functional layout that solved some of her family’s biggest organization woes. 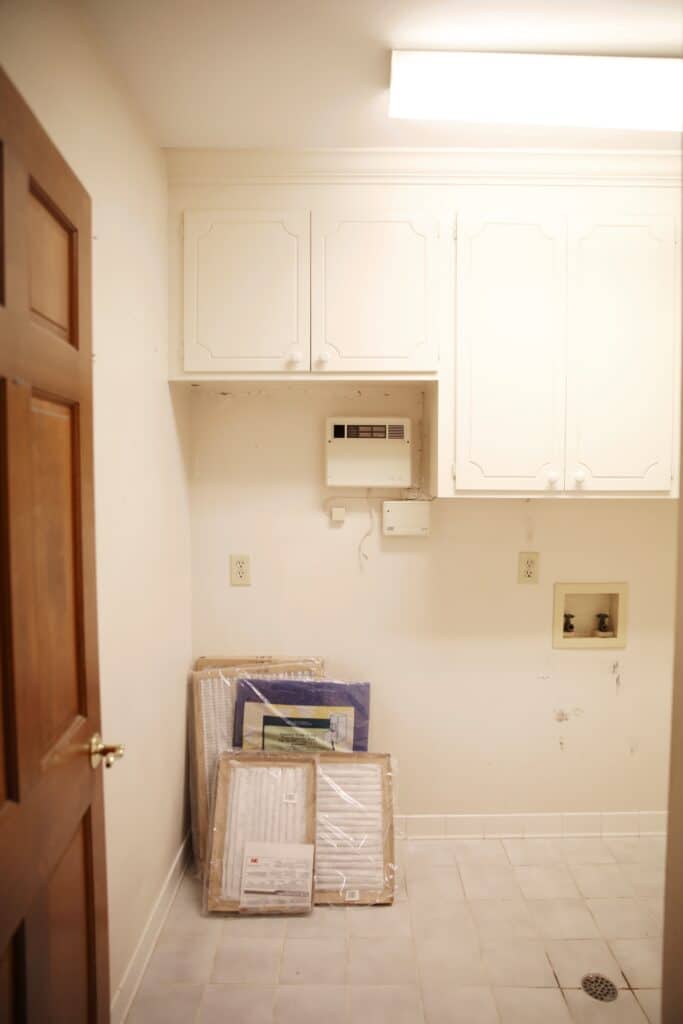 For starters, they wanted ample counter space for folding and organizing clothing, and by knocking out the wall from the previous closet, they instantly gained five feet. “We had our carpenter Wayne build these beautiful walnut countertops,” she recalls. “We also had him install a hanging bar across the washing machine for hang-drying. “I now have lots of space to hang clothes, wash delicates in the sink, and fold/organize on the countertops,” she exclaims. 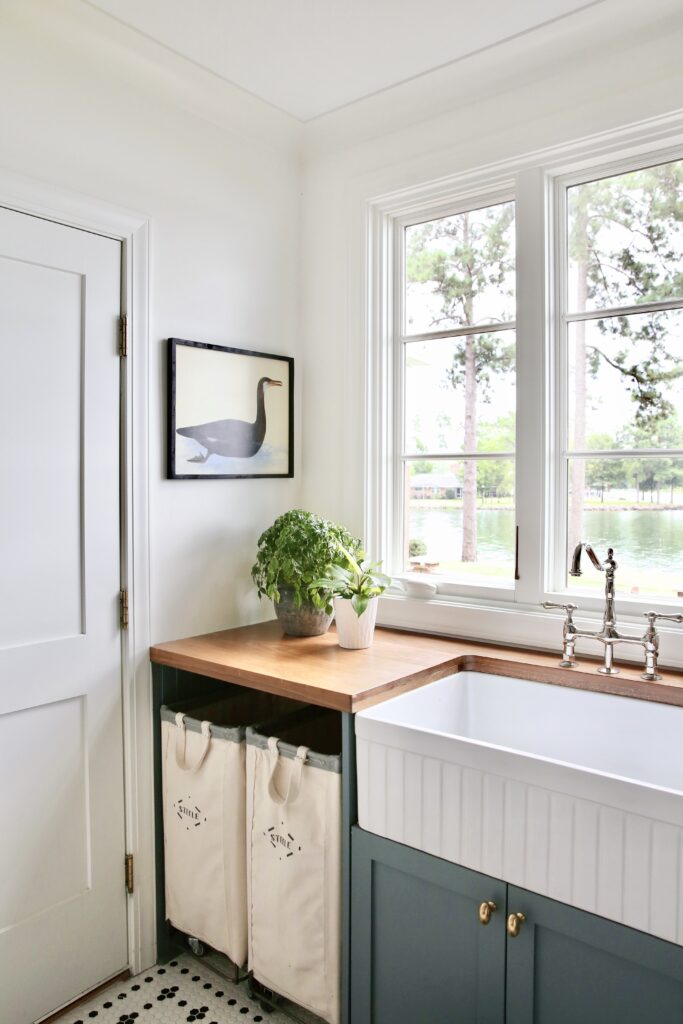 Furthermore, they hoped for plenty of room for stashing household supplies. “When we designed this space, we placed the washer and dryer, farmhouse sink, and allocated the rest for storage. We now have a designated place for everything: the vacuum, brooms, cleaning supplies, extra toilet paper, paper towels, and more,” she says.

Finally, they added a spot for their kids’ backpacks and school supplies, so they built a drop zone designed specifically for end-of-day storage. Built-in cubbies have three hooks for backpacks (one for each kid), three drawers for school extras, and cubbies right above for items they need immediate access to. Hello to an easy out-the-door morning routine! 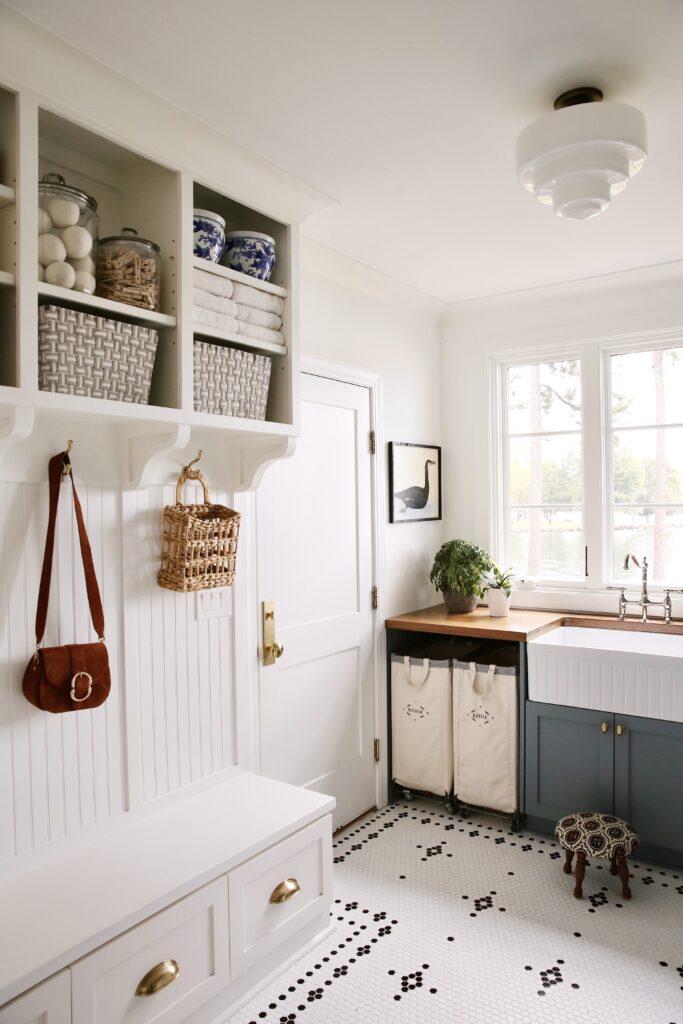 Of course, Gunn also had to put her signature touch on the room. The walls are painted in Sherwin Williams’ Simply White, while the built-ins are awash in Benjamin Moore’s Swiss Coffee, a color seen throughout the home for cohesion. For contrast, she painted Semihandmade’s DIY Shaker fronts in Farrow and Ball’s De Nimes—a moody blue that pops and makes the space feel fun, yet still classy. 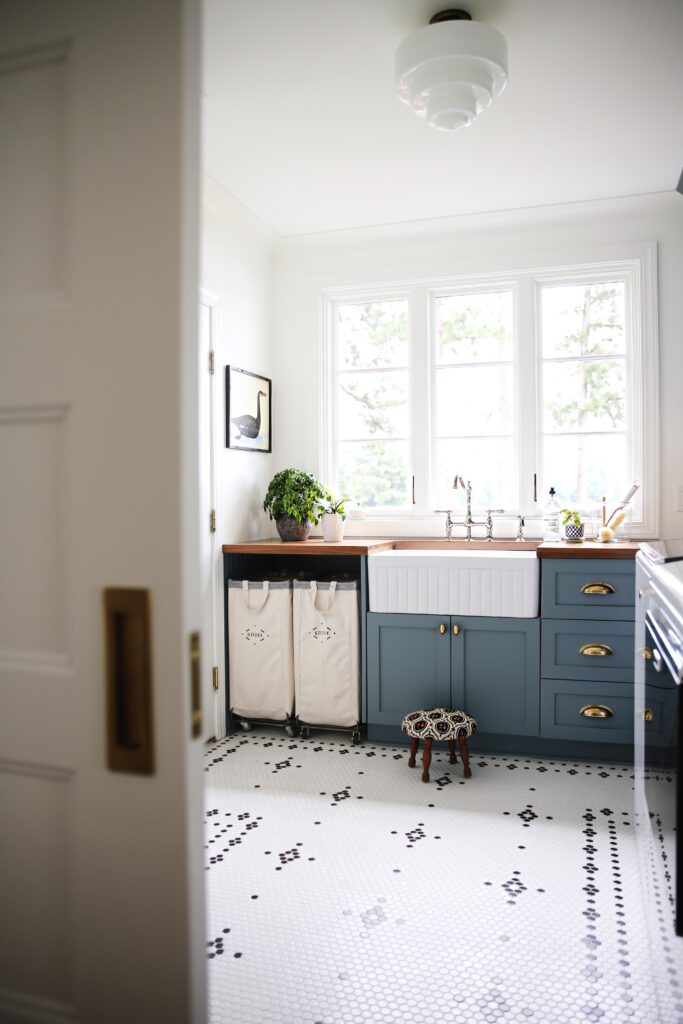 “I wanted to keep the room pretty traditional with some modern updates,” she says. “I absolutely love the hex tile floor that’s a nod to the early 1900s. The handmade corbels on the storage built-in, a Victorian bridge faucet, beadboard backing, as well as a simple cove crown moulding keep it feeling very traditional.”