When Philadelphia-based photographer Jason Varney decided to move studio spaces after 15 years, he had his sights set on finding one with the perfect kitchen.

But instead of finding a studio with an existing, ready-to-use cookspace, he decided to build his own from scratch.

“I’ve worked with a lot of designers and chefs over the years, so I’ve definitely been taking notes on what my dream kitchen would look like,” he shares. “I found a beautiful space in an old warehouse turned artist collective called Arena Arts and Design, and knew it was the perfect canvas.”

Unsurprisingly, he ended up with the photogenic kitchen to end all photogenic kitchens: a unique, industrial space that’s basically an antidote to farmhouse kitchens everywhere. Ahead, Varney shares how he designed the beautiful, photo-ready kitchen in just three months. 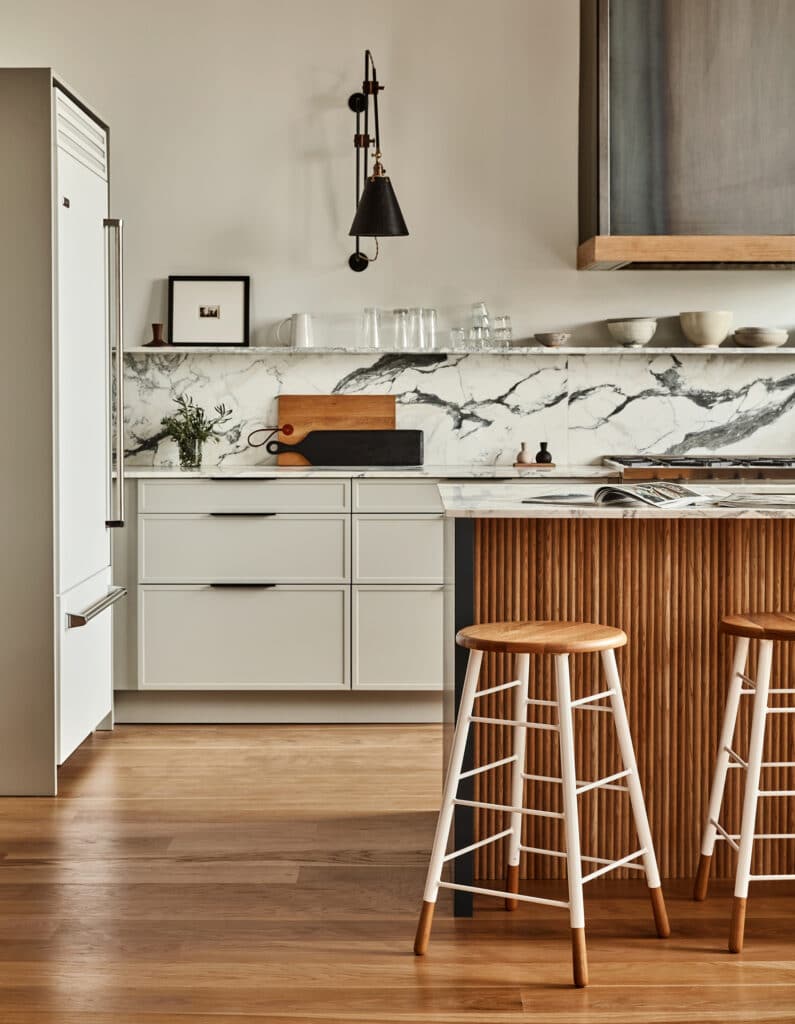 Since the space was completely empty when he arrived, Varney was able to select the kitchen’s location — basically every photographer’s dream. “Being able to build a kitchen perpendicular to a bank of windows was ideal,” he shares. “It gets beautiful northern light, which I love for its painterly quality.”

Rather than gut-renovate the space, Varney opted to polish the raw elements himself. He left the ceiling exposed, installed new wood floors, and gave the entire space a fresh coat of white paint. “It was basically a vanilla box with great bones,” he notes. “I wanted to let its natural beauty shine.” 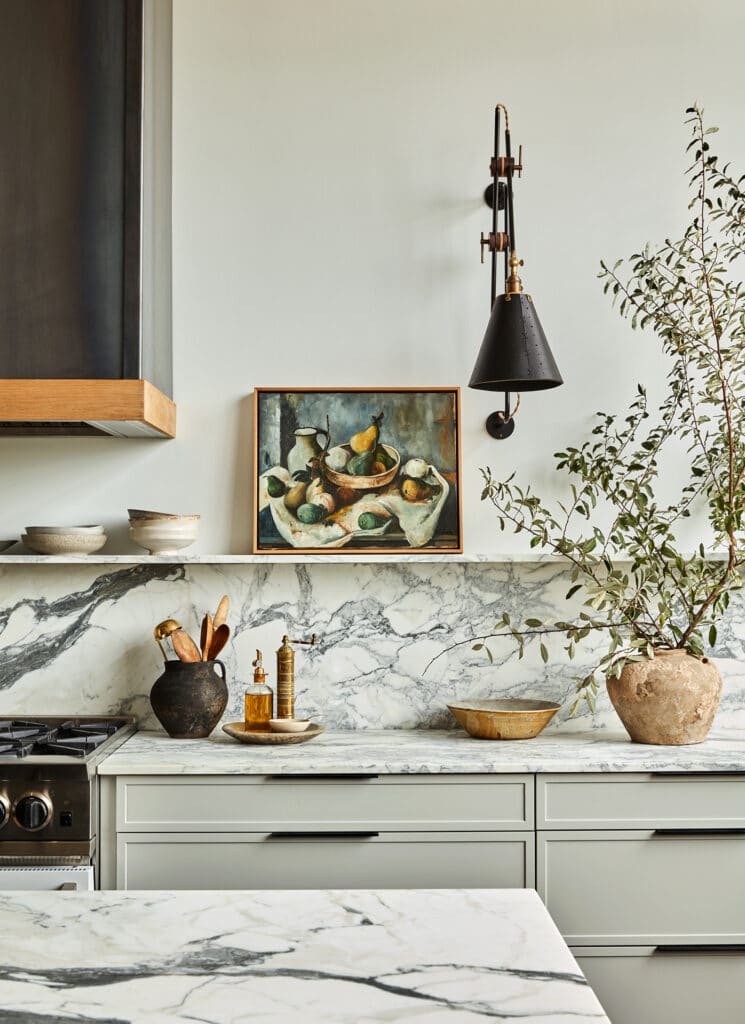 After setting the stage for a beautiful kitchen, Varney turned his attention to functionality. “Of course I thought about the shot,” he notes, referencing the beautiful marble backdrop. “But I also needed a hard-working kitchen for food stylists and chefs.” He went with a basic L-shaped layout with Semihandmade’s DIY Quarterline fronts, and a large center island outfitted with a sink, dishwasher, and trash pullout. Coupled with the refrigerator and top-of-the line range, he checked the “function” box.

Playing off the industrial look, he decided to forgo a drywall hood in favor of a torch-cut, hot-rolled steel pièce de résistance. The custom hood, fashioned by his neighbor Michelle Kwiecien, basically doubles as a piece of sculptural art. The custom sconces from Lostine, also neighbors, complement the edgy look while adding a touch of high-contrast black. 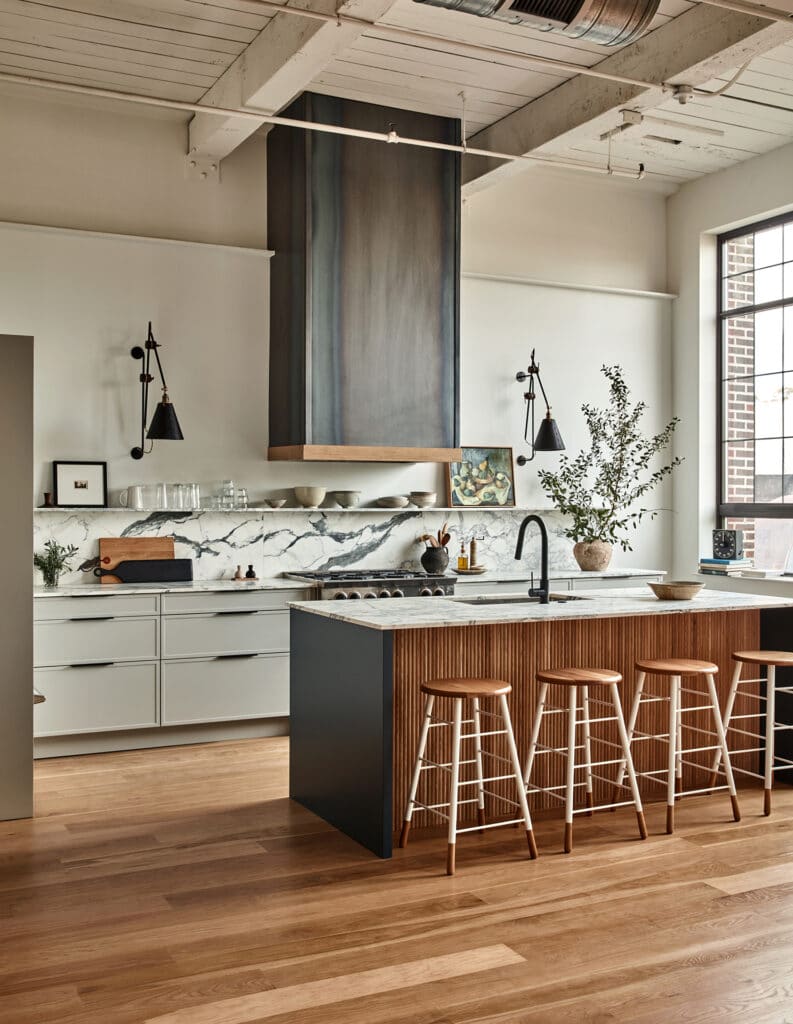 Not wanting the space to lean too industrial, the photographer warmed it up with rich wood accents and decor. He added the fluted wood paneling to the island himself, and carried that oak hue through the artwork, cutting boards, and stools. “It was cool to be able to utilize my friends and neighbors’ creations,” he explains. “I really wanted to design an inspiring place to work, and I love the way it turned out.”