One of Sana Javeri Kadri’s most vivid memories is cooking with her grandmother.

Her nani’s kitchen in India was always filled with heady scents of cardamom in morning tea and the sweetly earthy aromas of cumin and coriander that she would toast to flavor traditional Gujarati dishes.

When Javeri Kadri, who grew up in Mumbai, moved to America, she found those same spices to be dull and one-dimensional. That’s because a conventional jar of turmeric, for example, is often mixed with powder from multiple sources that can be several years old, so the oils that create flavor have long evaporated. (This is why you should replace ground spices every six months and store them away from heat.)

By contrast, Diaspora Co., the heirloom food company Javeri Kadri founded in 2017, sources only the best single-origin spices from across India, and sells them the same season, while they’re still fresh. Before selecting each ingredient, she travels to the region known for the most vivid and aromatic crops and partners with small sustainable or organic family farms.

Just in time for Diwali, the Festival of Lights, Javeri Kadri is releasing a Masala Dabba. The rose-gold metal tin, a staple in most Indian kitchens, holds seven essential spices designed for everyday use in tea, pasta, and cold-weather stews. While each ingredient has its own traditional use, she encourages experimenting: “The easiest way to play with a spice is to add it to your rice,” she says.

To bring out the vibrantly flavored oils, try dry toasting your spice. “Start with whole peppercorns and cumin seeds or chilies,” Javeri Kadri says. “You’ll know when they’re hot enough and ready when they start to dance (jump around in the pan). Then, add the powdered ingredients.” Or you could try blooming them. To do this, add a fat that fits your recipe (olive oil, ghee, or coconut oil) to a pan over medium heat and add your whole or ground spices.  Cut the heat when they start to smell toasty and fragrant. Now that you know how to make the most of your ingredients, time to fill out your own Dabba: 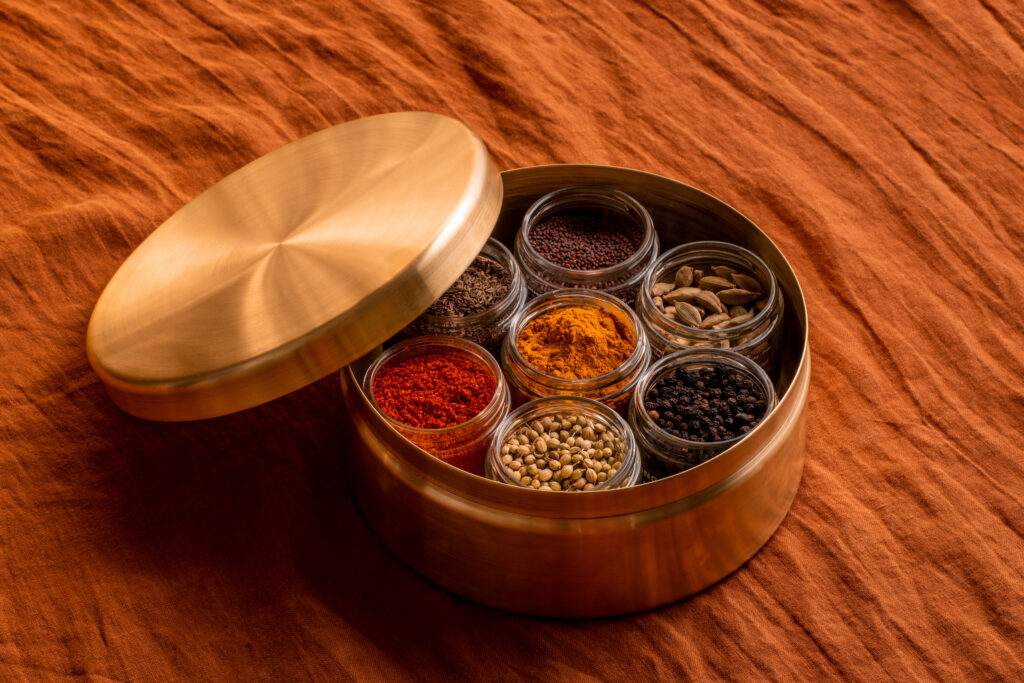 Turmeric grows in several places, but the heirloom Pragati roots from Andhra Pradesh are deep orangey with an earthy, bright, and floral flavor. It’s so different from the commercial version that it inspired Javeri Kadri to launch her company. Buttery turmeric rice is a healthy comfort dish, and it shines with roasted vegetables or homemade golden milk. Or sprinkle the spice on popcorn with ghee (clarified butter) and sea salt for a snack that’s pretty unforgettable.

Black pepper is often a perfunctory spice. But Javeri Kadri says this 10-pepper blend from Kerala delivers the chewy tannins, dark fruit, and layered complexity you might find in a glass of Cabernet Sauvignon or Syrah. A local organic farmer with 35 years of experience with the ingredient grew the Aranya’s wild and indigenous peppers. “If you think about the level of labor that goes into it, it’s on par with saffron or vanilla,” Javeri Kadri says. “We’re able to offer it to people as an everyday luxury.” Use it in a black peppercorn sauce, Cacio e Pepe pasta, or grind it over vanilla ice cream (yes, really). 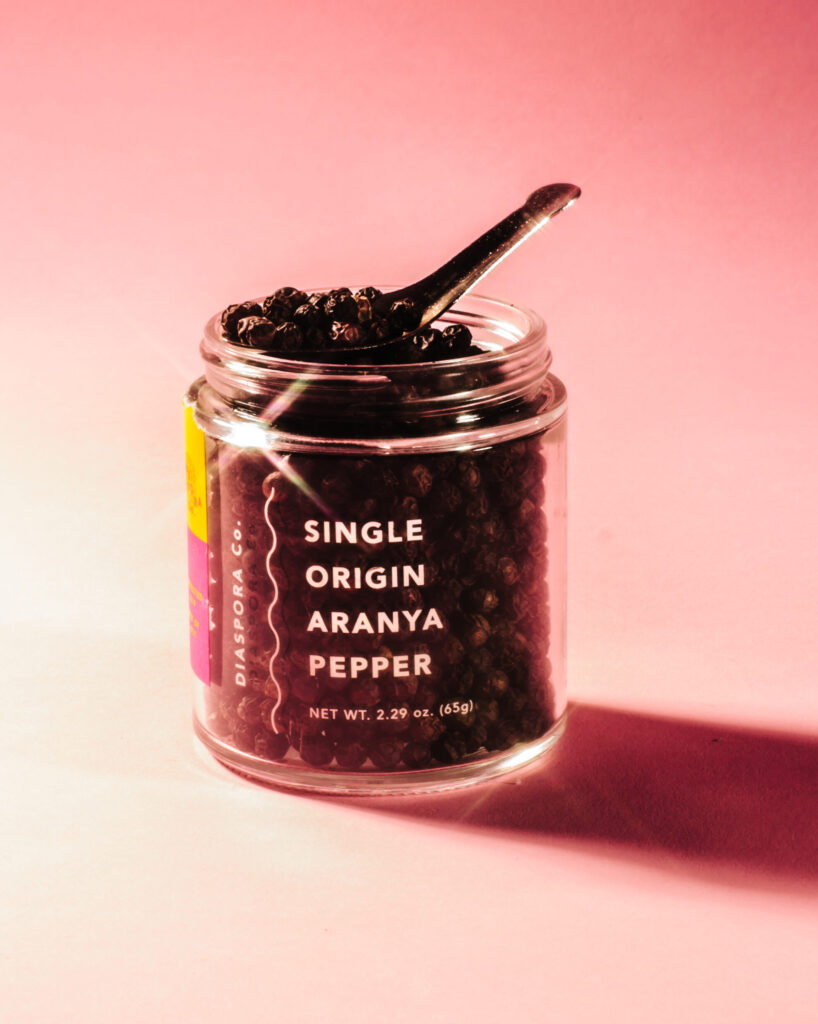 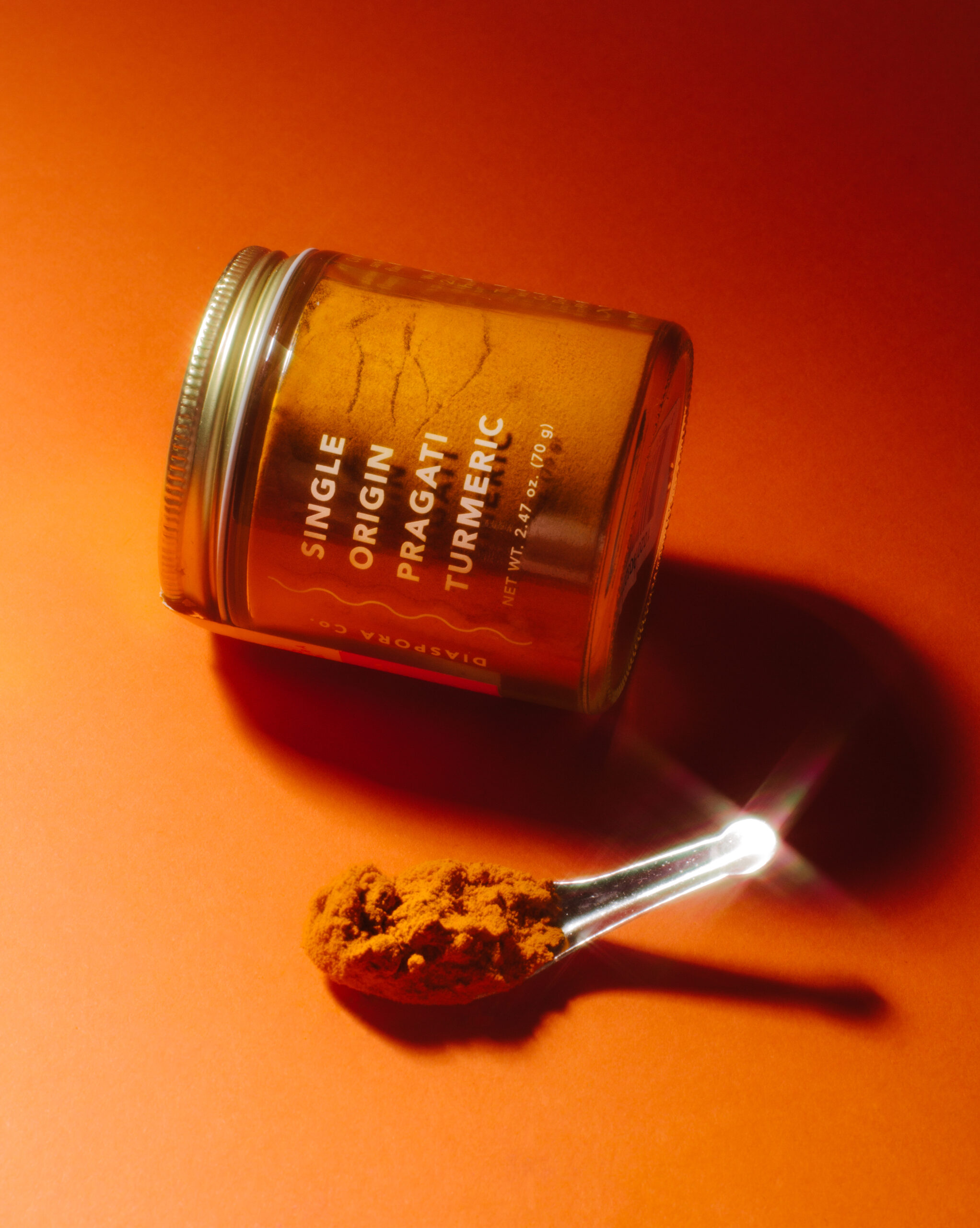 Around the world, cumin’s earthy warmth punctuates everything from hummus to chili and enchiladas. It’s a staple in India too, showing up in curries, potatoes, rice, and flatbreads like roti. This version, grown on the edge of Rajasthan’s Thar desert by a farmer with a tiny five-acre plot, is vibrantly smoky with an unexpected sweet licorice note.

Two brothers farm these chilies from heirloom seeds in the Guntur region of Andhra Pradesh in India’s Southeast. The powder has a spicy, fruity, almost smoky flavor that reminds Javeri Kadri of Korean gochujang. “The fact that they’re hand-pounded means there’s a texture to these chili flakes,” Kadri says. You’ll love them in anything that needs a little kick, especially homemade kimchi, tomato sauces, and meatballs. 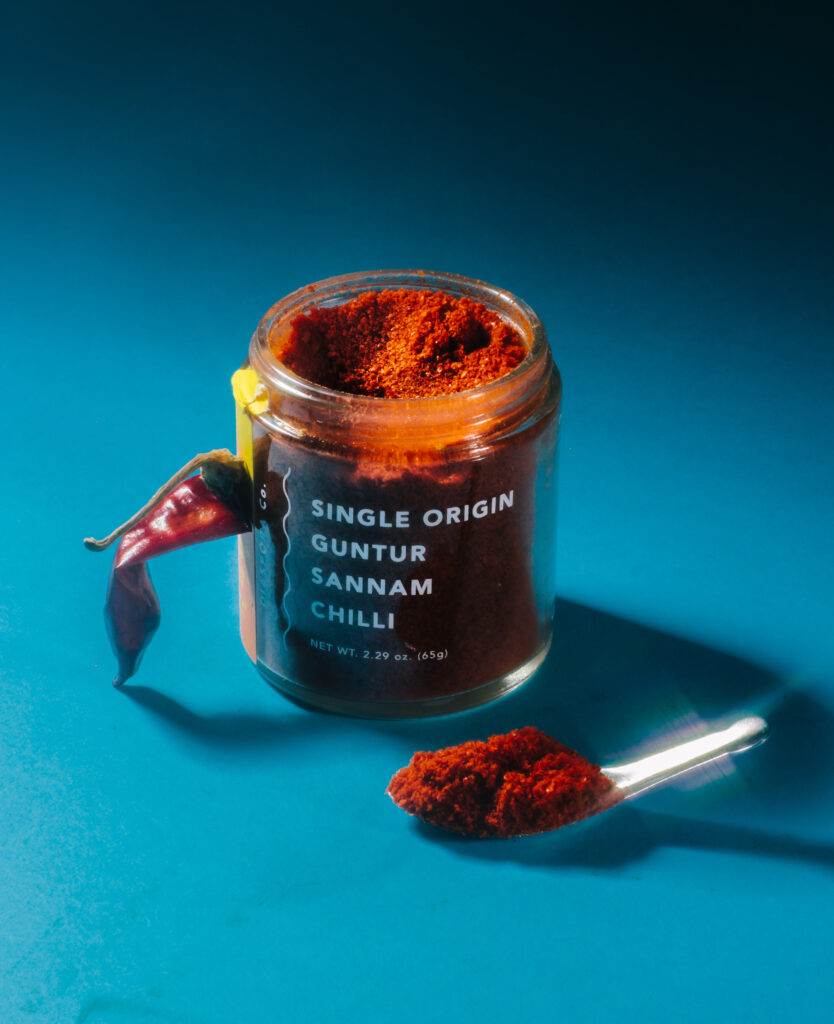 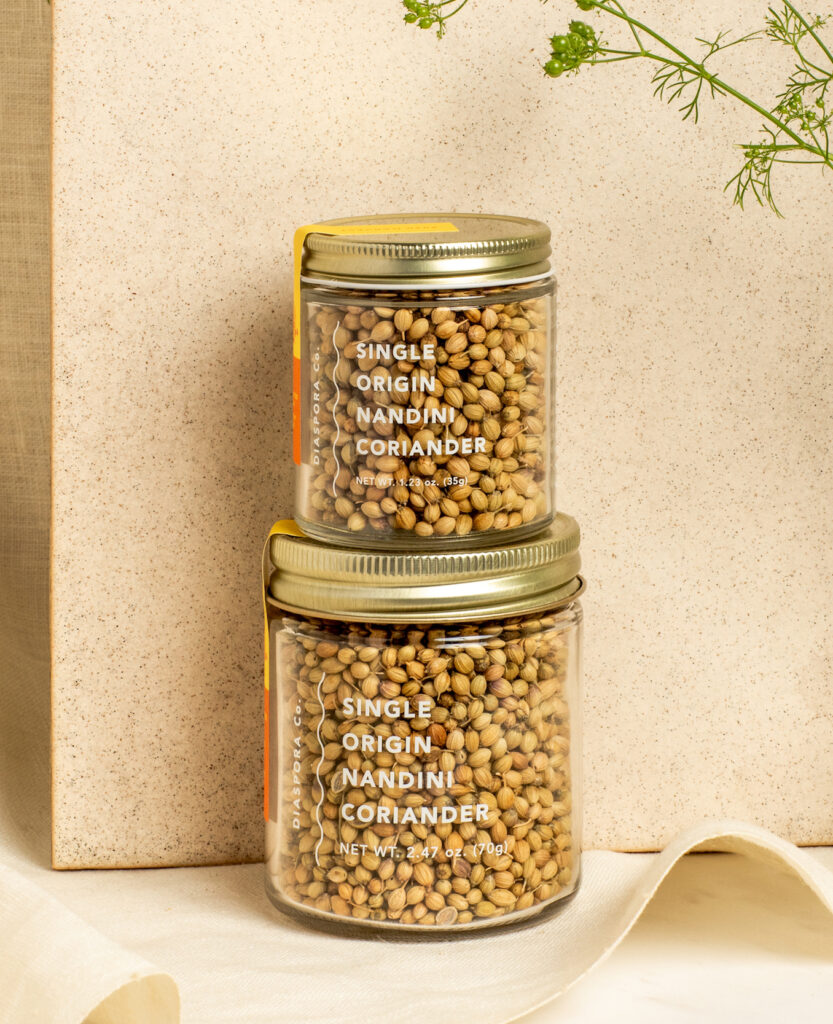 Javeri Kadri traveled to a remote region of Odisha to find this rare black mustard grown by the forest-dwelling Kandha tribe. It’s nutty, pungent, and spicy with a caramelized note that reminds her of artisan bread crust. Add it to potatoes, rice, sautéed leafy greens, or pineapple chutney—anywhere you want a nutty flavor.

The spicy perfume of cardamom is a classic in chai, but it’s luxurious in ice cream or on the rim of a mango margarita. Cardamom is indigenous to India. The Moors brought it to Europe from Persia and Iran. This one is a wild variety that the Chacko family cultivates on a lush farm in Kerala alongside coffee and flowers.

Conventional coriander often has little aroma, but this varietal delivers a vibrant and lemony scent. It lifts the flavor of carrots or broccoli, and it’s a surprisingly pleasing note in desserts like stone-fruit upside-down cake or pumpkin pie crust. Fun fact: this coriander takes its name from the family cow on the tiny farm where it’s grown.