It’s been heralded as the “pandemic’s answer to millennial pink” and “the home upgrade you didn’t know you needed,” and we can’t say we are surprised. From home decor to textiles, checkerboard is everywhere.

While it might feel like a trend, historians believe checkerboard is one of the first patterns ever created. It’s been seen in Ancient Egyptian temples and Bronze Age ceramic vessels. The Greeks, Romans, and even the Incas and the Mayans used the check pattern in everything from clothing to pottery to flooring. In 2009, archaeologists unearthed a villa north of Rome thought to be the birthplace of Vespasian, the Roman emperor who built the Colosseum, and during the process uncovered floors elaborately checked in colored marble. 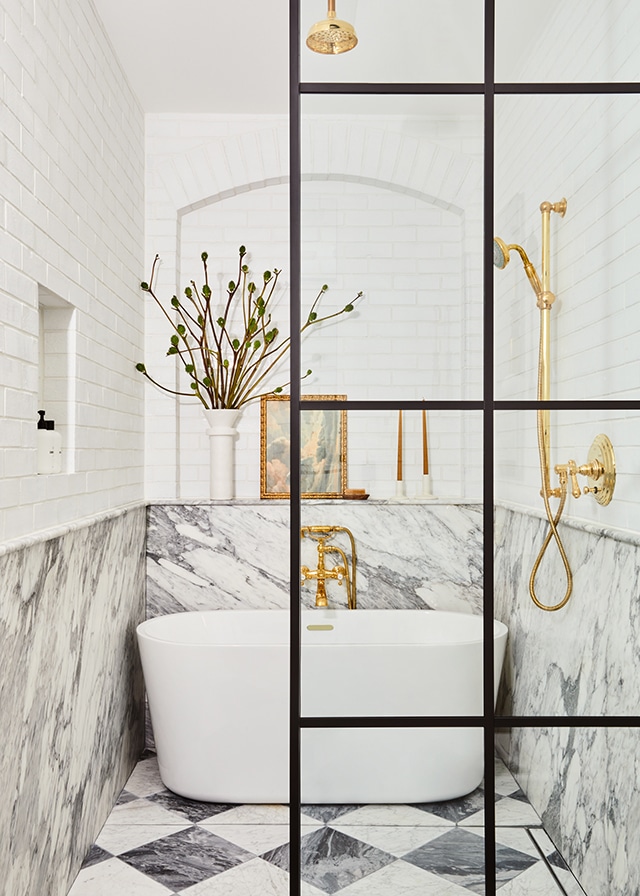 Checkerboard floors were popular throughout the Middle Ages and into the Renaissance. And if you’ve ever wandered into the Old European Masters section of a museum, you might remember seeing a lot of checkerboard floors. The floor pattern first made its portrait debut in 15th century European paintings, yet no one painted more black-and-white marble floors than the Dutch masters like Vermeer and de Hooch. 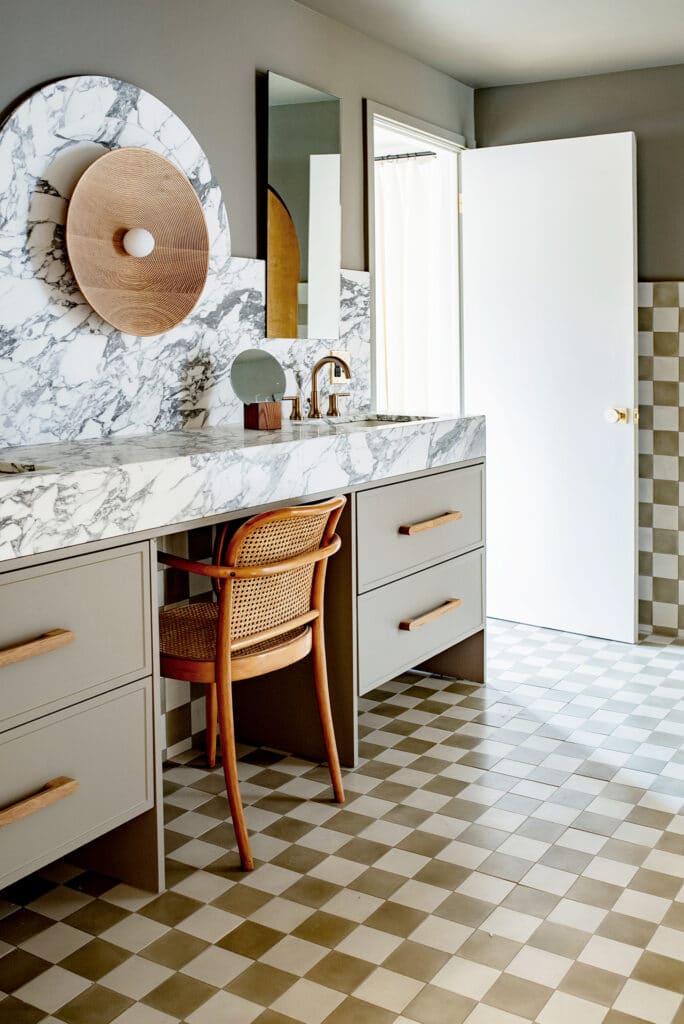 While luxurious marble floors did exist in many public buildings, they were out-of-reach for even the homes of wealthy merchants. If one did exist, it was likely only in the small foyer, where guests would enter. In paintings, the floors were intended to illustrate both the sophisticated tastes of the homeowner, and the artist’s skill with perspective.

During the Enlightenment, the checkerboard floor encapsulated the ideal that mankind can structure the world. For those who liked the checkered look, but without the deep pockets that marble required, imitation was always a possibility. One could paint a pattern directly on a floorboard or use an oil cloth, a durable water-proof cotton fabric later used as decorative floor coverings in 18th century England. Checkered floorcloths remained popular until the invention of linoleum in the mid-19th century. 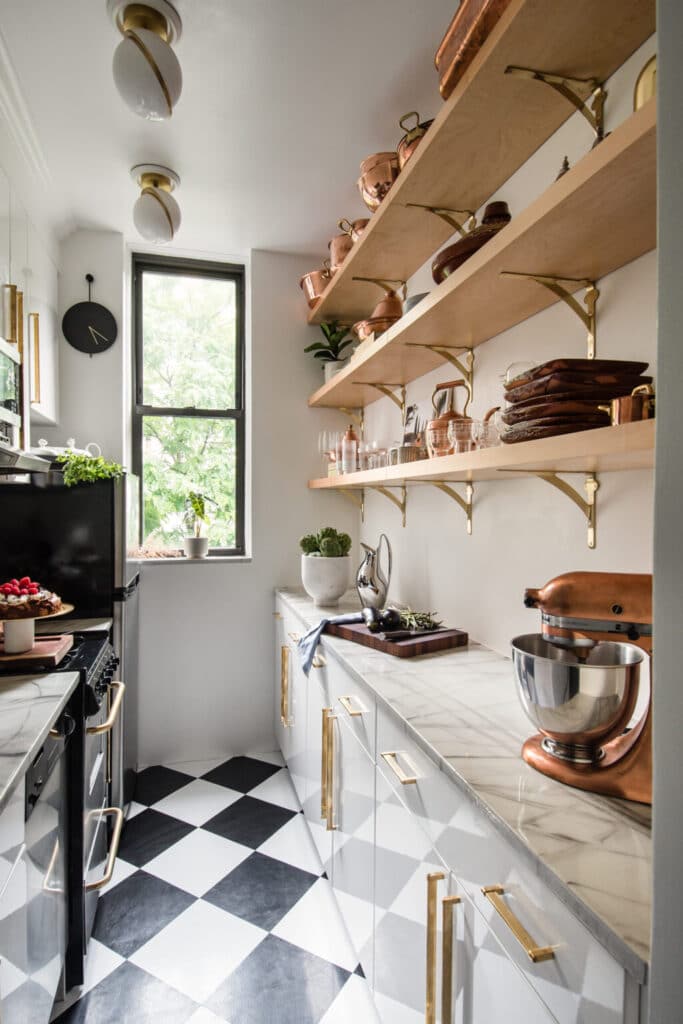 Here for Centuries to Come

It wasn’t only Enlightenment thinkers who imbued the patterned floor with symbolism. The black-and-white check floor has also been an important symbol in Masonic iconography and it’s believed to represent the ground floor of King Solomon’s Temple and to symbolize the duality of human life, the balance of good and evil. Leaving existentialism aside, even etiquette guru Emily Post approved of the pattern. “White-paneled walls and black-and-white marble floor …  are always good style for a small hall or the foyer of an apartment,” she says. Is there another pattern that satisfies Ancient civilizations, Enlightenment thinkers, the Masons, and revered authors?