Homeowner Sarah Segura works in marketing by day but has created an impressive side hustle with her passion for interior design, showing off renovation projects on Instagram. She purchased her Portland home in 2017, a 1980s ranch-style with a large yard, but first had to convince her partner of its potential. “It had a good flow and leaned pretty midcentury,” she says. 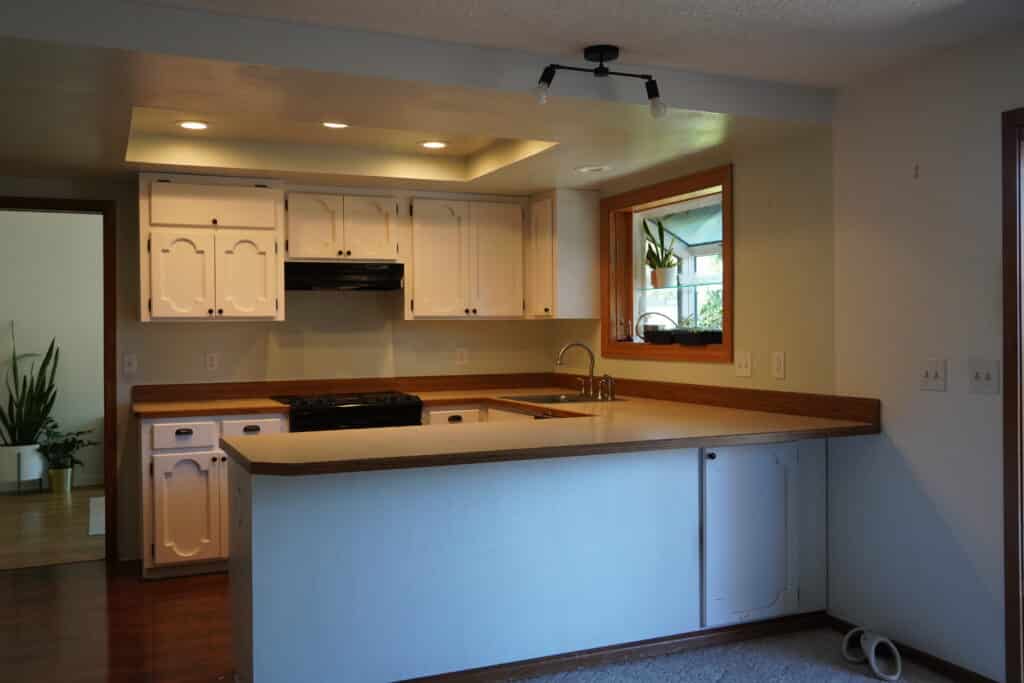 Despite its merits, its u-shaped kitchen felt claustrophobic with a wall separating it from the dining room. While she initially thought the wall was load-bearing, she was able to open up the space and realm of possibilities, taking the once “dimly-lit” kitchen and transforming it. So how did she pull it off her first kitchen remodel? 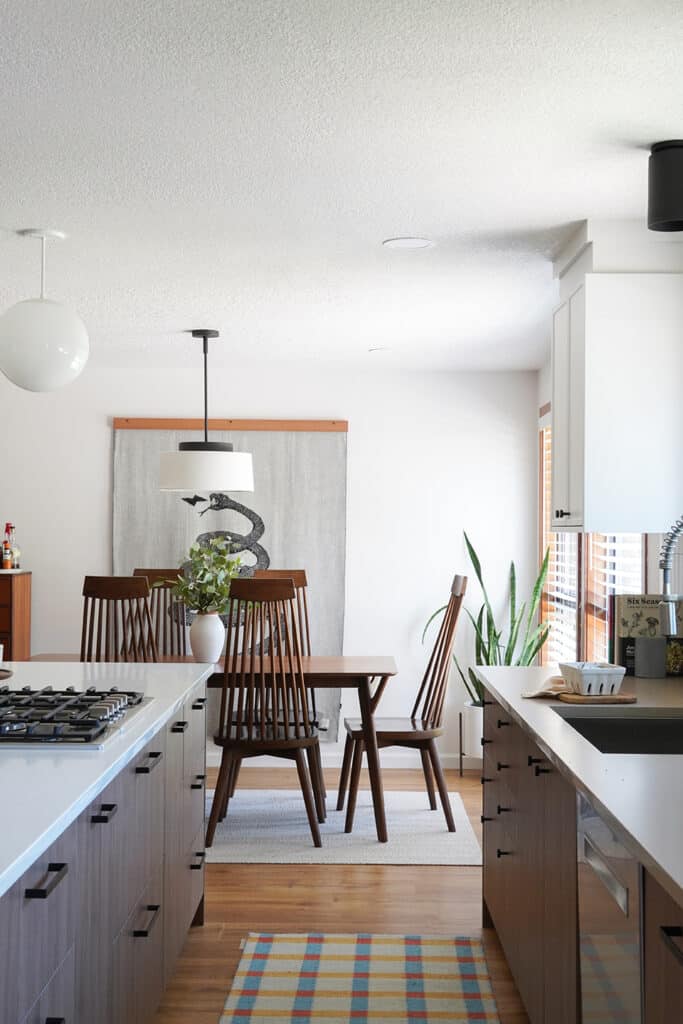 While this was her largest project to-date, Segura had previously demoed her bathroom. “That was my first time dipping my toes in, facilitating the design, floor plan, and hiring contractors,” she says. “I liked it and got the itch to do it on my own, so we dove right in.”

She wanted a working island. “Because of the width of the space, we didn’t want bar stools,” she says. “On both sides, its 36 to 42 inches for a walkway and the fridge side we were budding up,” she recalls. As a galley kitchen, there had to be functionality of both sides, working within the parameters of what needed to stay and what was alright to go. 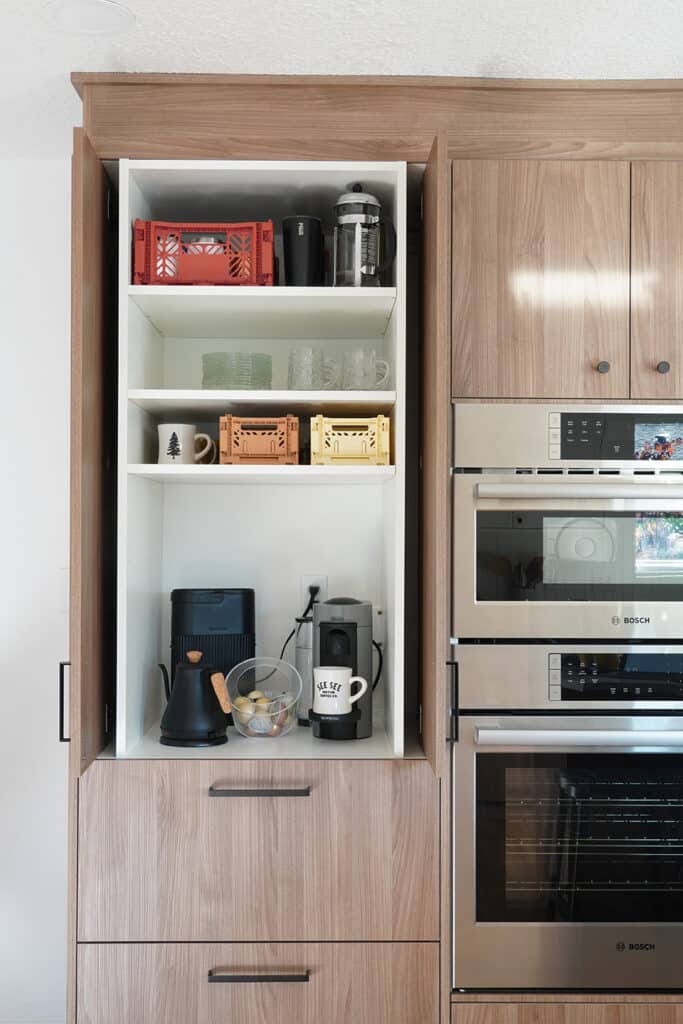 Once the wall was removed, Segura no longer felt like she was squeezing into the space. She used the IKEA kitchen planner to turn the once dysfunctional space into a two-tone dream.

One of her first asks as drawers. “Our old kitchen had shelves and things would get lost,” she says. “I wanted to store plates, have a lot of functionality and a pantry-like cabinet as we didn’t have room for a separate pantry.”

An appliance garage adjacent to the relocated oven and microwave, is built=in to the floor-to ceiling cabinet, providing clever, hidden storage. 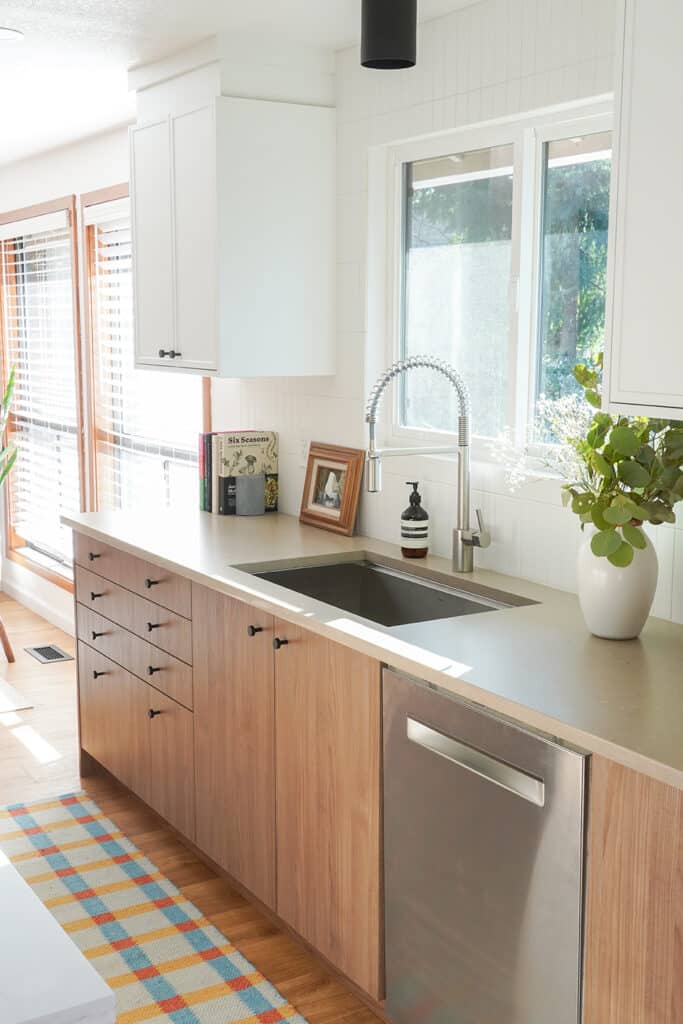 “I had seen Semihandmade ads on Instagram and knew I liked the brand. It was the only thing on the market that looked custom that wasn’t,” she says. She especially liked the wood tones and ordered samples to see how realistic and dimensional they were. “I liked Tahoe, but are floors are light oak, so I didn’t want it to be one note,” she adds.

Still uncertain of which front she would choose, she drove to the Seattle showroom to see the larger samples in real life. “That was a defining moment,” she says. “I liked the quality, the color, how it felt, and we we worked with Brave Element, who specializes in Semihandmade kitchens.” 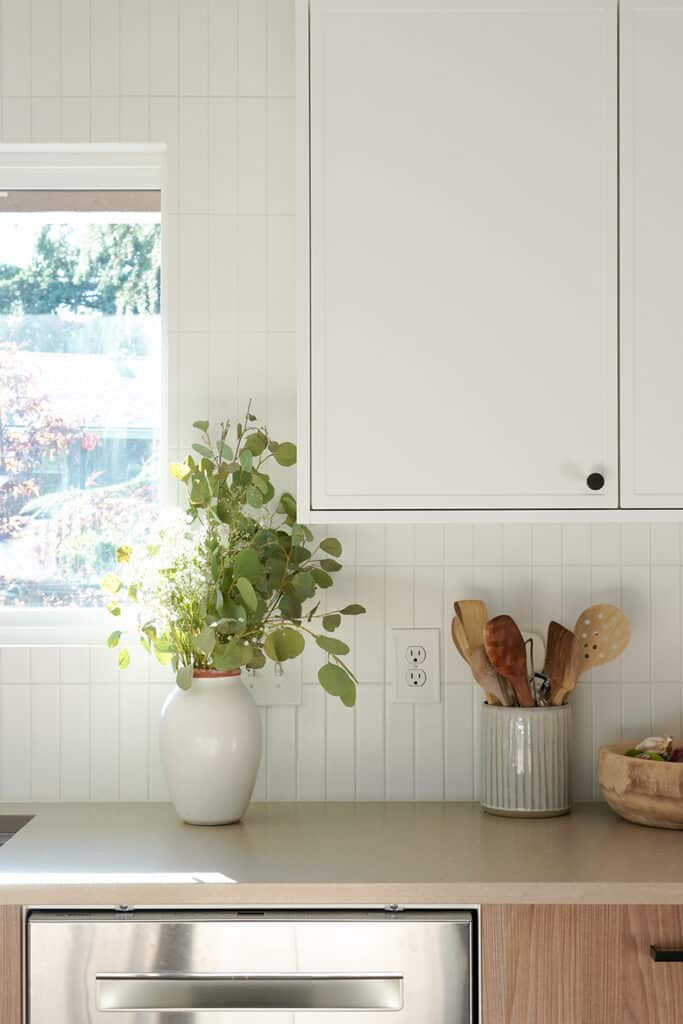 Segura cautions first-time renovators to plan ahead and order early. “I was expecting the ball to drop at some point, but the largest lesson I learned is that you don’t have to expect the worst as long as you trust the process,” she says. By ordering everything in the beginning, it set her up for long-term success.

To craft a kitchen that walked the line between traditional and modern, she went with a mix of Semihandmade’s SSS White Quarterline and Impression Sonoma fronts. “I chose those instead of flat cabinet fronts because I didn’t want the entire kitchen to lean incredibly modern,” she says. 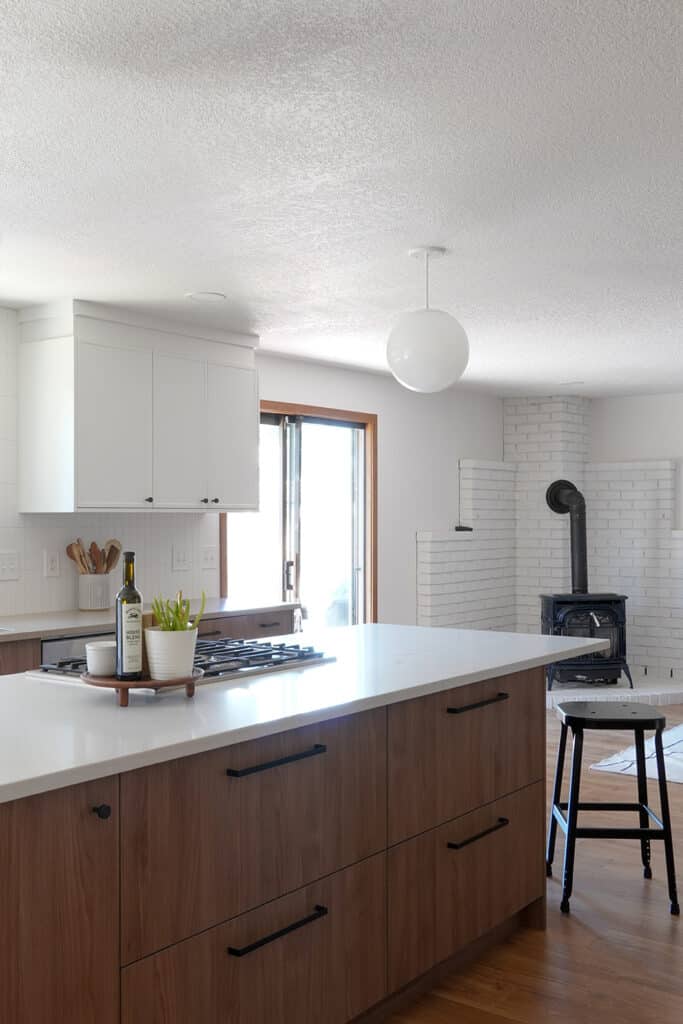 While functionality was the primary goal, the overall design was geared to enhance their day-to-day lives. The home’s original fireplace adds a cozy touch to the kitchen. “It had to stay,” she comments.

Plus, Segura was able to fit in a single bar stool at the end of the island, a spot for her partner to eat breakfast and for her best friend to sit when she visits. Another favorite element is the custom coffee bar. “Brave Element was able to make it function how we wanted and make it look custom,” she says.