We’ve said it before, green has become the go-to color for kitchen cabinets. It may even dethrone white. Let’s not go that far (yet), but if you feel the peaceful influence of green, you’re not alone. The Ancient Romans believed that green had such a calming effect on the eyes that they pulverized emeralds to make expensive eye creams.

During the early Middle Ages, green became associated with luck and love, and was worn by marriagable men and women. It was also the color of choice for pregnant women: a nod to the hopeful fertility of spring. There was even a literary genre devoted to celebrating spring called reverdie or “the re-greening.” 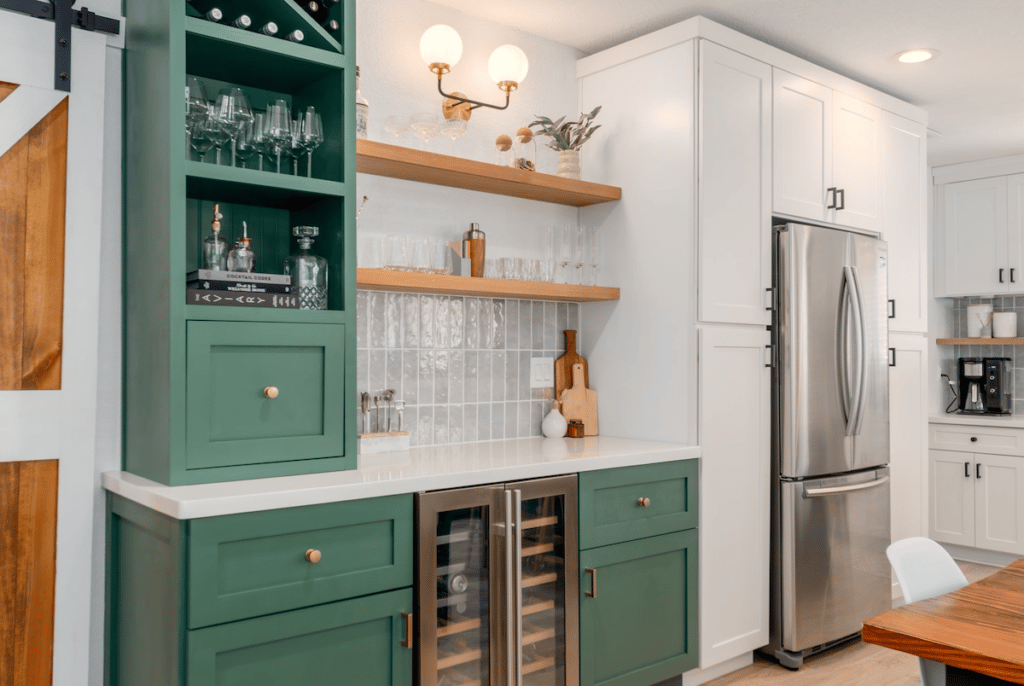 Design and Photography by Morgan Martinez

But fashion is fickle, and by the end of the Middle Ages, the color was on the way out. Its chemical instability, which made it susceptible to fading and discoloration, became emblematic of all that was unpredictable in the world. Green then became associated with witches, and was the color of mythological dragons and of real-life snakes. Yikes! Some of this change in perception was likely due to the Crusades and ensuing hostility between Christians and Muslims, for whom the color was sacred. 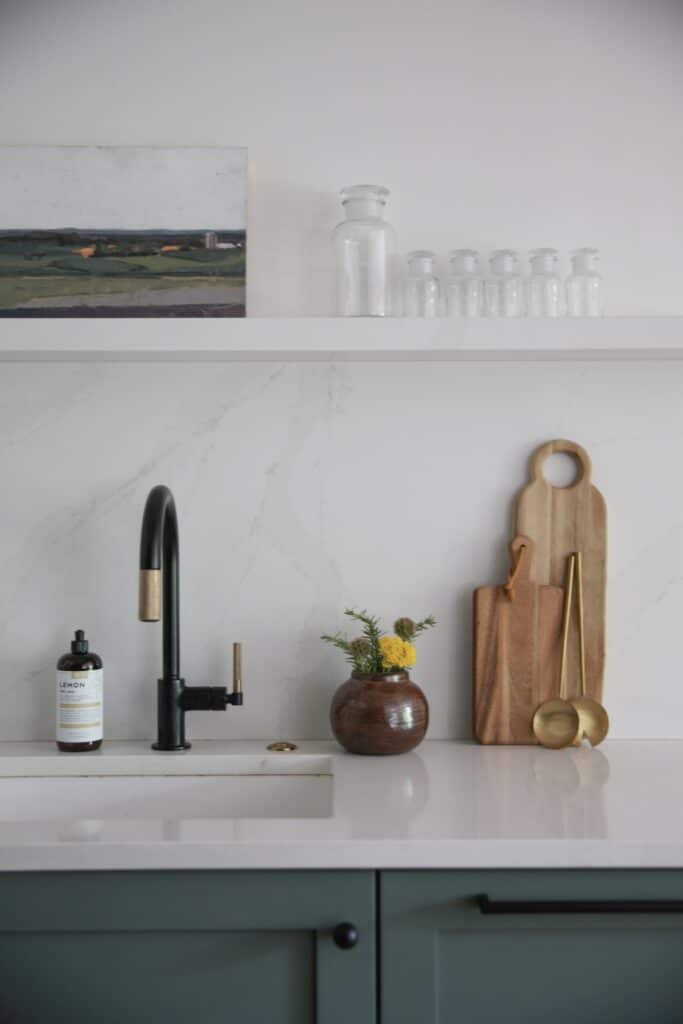 The distrust and disgust of the color continued into the Renaissance, but thankfully, the pragamtist Enlightenment period paved the way for green to once again become popular. By the late 18th century, green was everyhwere and suddently en-vogue. 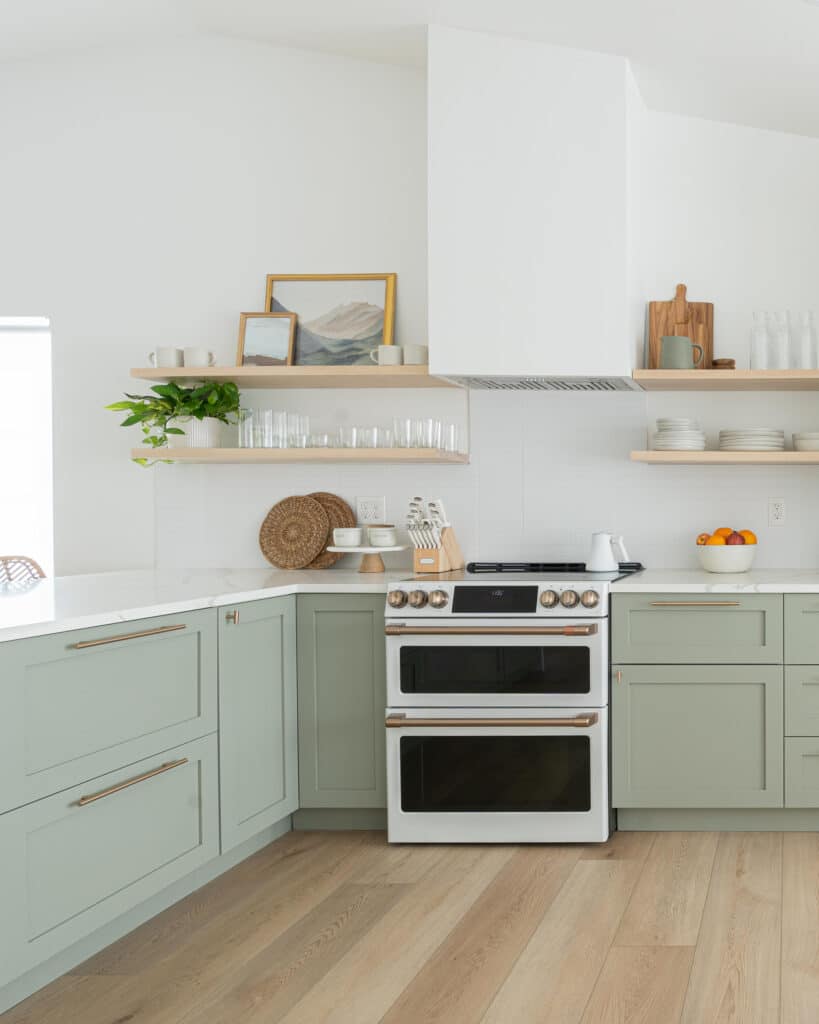 Design and Photography by Gizel Bahlman

Green became the fashionable choice for both clothing and interiors. However, don’t celebrate too soon. The shade of the time was an emerald green called Schweinfurt green, which was made by dissolving copper shavings into arsenic. Because it was cheap to manufacture, it was not only used as an artist paint, but for household paint and patterned wallpaper.

In fact, Napoleon’s 1821 death on St. Helena was possibly hastened by his exposure to this particular shade of green. The Longwood mansion, where he spent his final days, was decorated top-to-bottom in the hue. In damp rooms, the arsenic in the paper would react with the mold in the walls to create poisonous gas. Bedrooms became death traps. 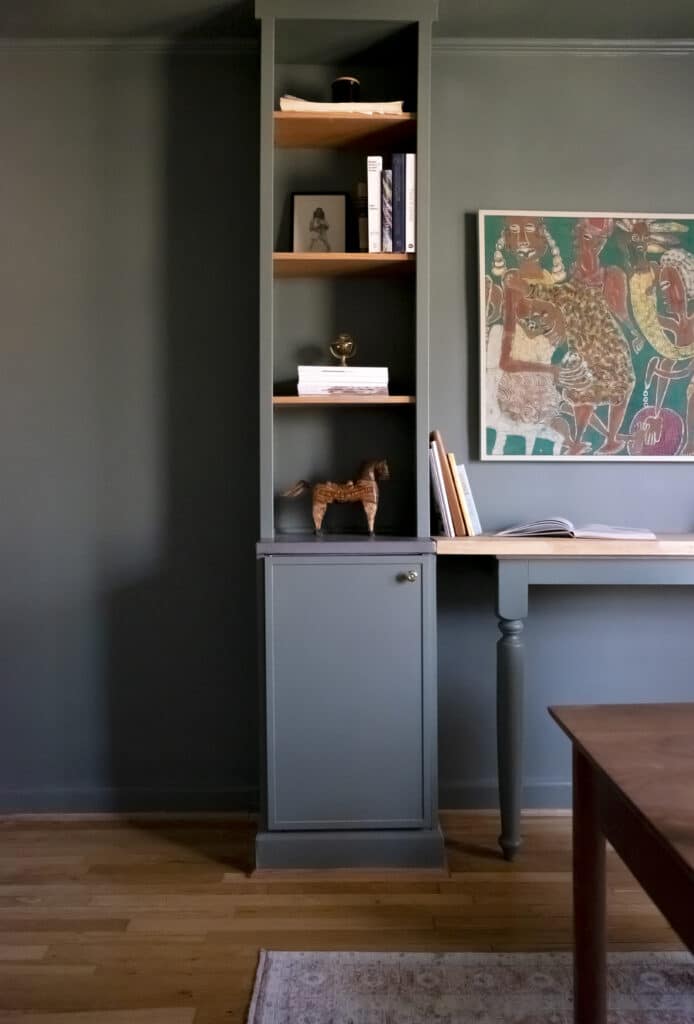 Design and Photography by Malcolm Simmons

Once the knowledge of its toxicity became known to consumers, it didn’t do much for the reputation of the color. In fact, it seemed to confirm the belief that green brought bad luck. There was no more interest in producing household objects in green.

Even with 19th century large-scale production of consumer goods, products were still not produced in green. By this time, its deadly composition had been updated but it was still seen as a morally corrupt color. 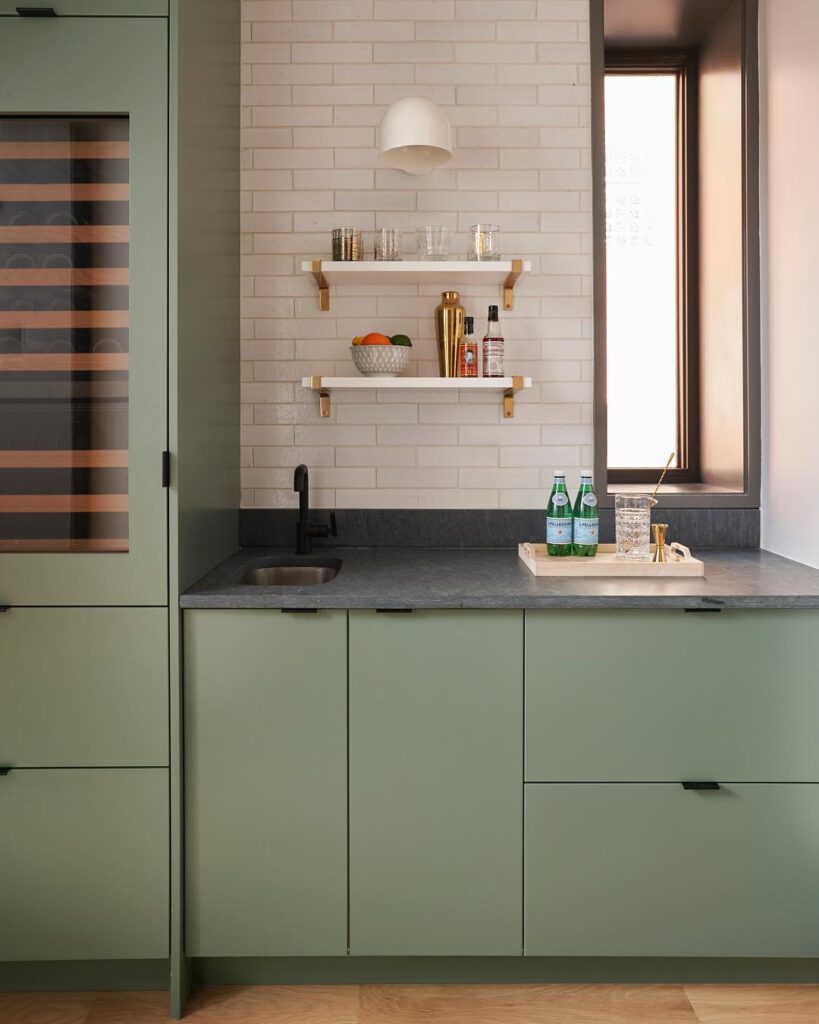 It wasn’t until toy production kicked into gear between the two World Wars that green found its societal place. It might seem odd that the color, once extremely toxic, was used on children’s toys. We have the 1931 children’s book, Histoire de Babar, to thank. The story, which features Babar, an elephant who likes to wear a bright green suit, was a huge success. Once green was deemed acceptable for toys, the color seeped into other areas of the home. 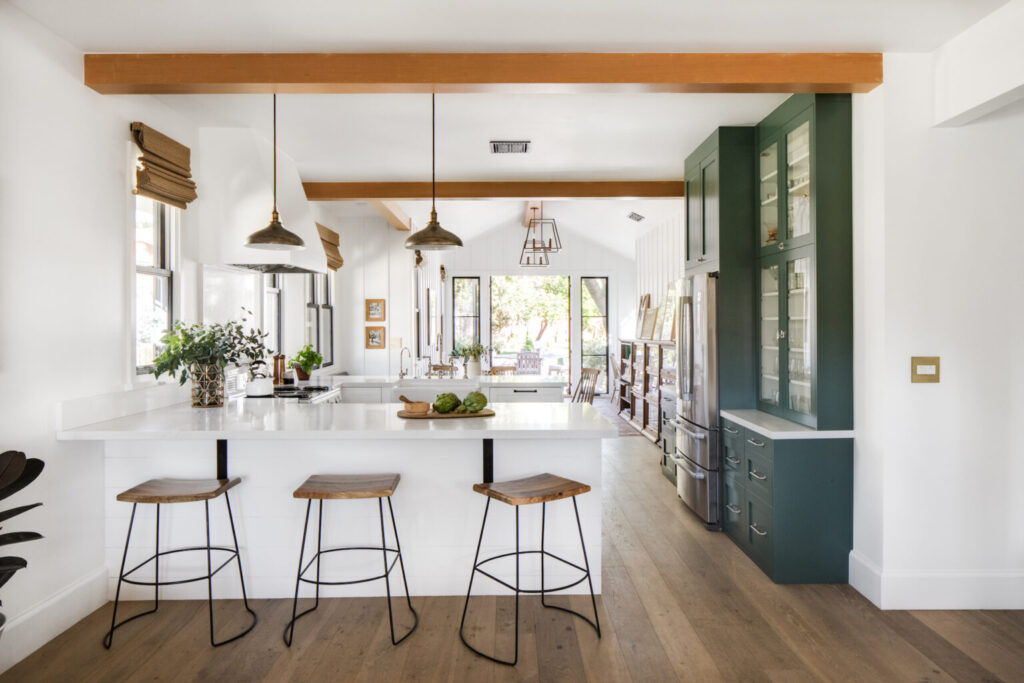 The vestiges of those old medieval ideals about green are still at work. Green is the color of poison, jealousy, of greed yet it’s also one of calmness, freshness, youth, and vitality. That duality has taken on a third layer in our modern world as green has been adopted as the color of movements and trends that center on environmental protection from Greenpeace to the Green Party. It’s finally the color that is going to save the world, or at least, bring some peace to our kitchens.