During the Middle Ages, black was seen as the color of death and evil. It sounds like an exaggeration, but black was associated almost entirely with the devil. In fact, even the animals in Satan’s bestiary were depicted as black from black cats to crows and boars.

So how did black go from sinister to chic? We have some 14th century European princes to thank for that. 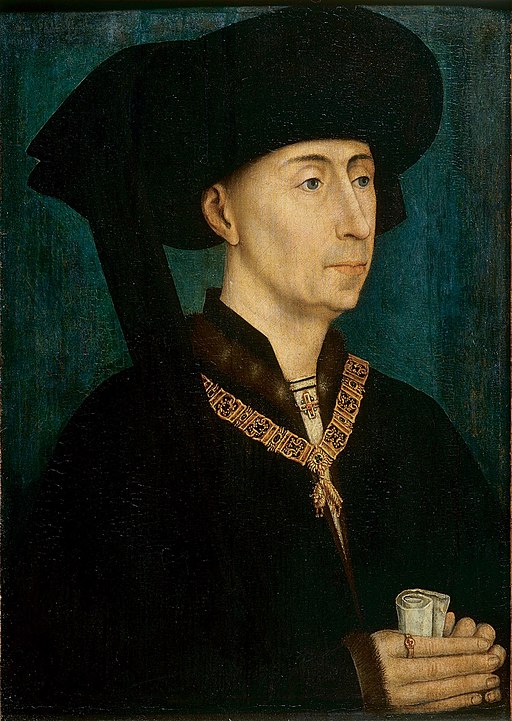 Phillip the Good, Duke of Normany, was one of the first to popularize black clothing.

A true black was an extremely expensive color to produce. Most “black” fabric was actually grey or blue/brown in color. But in 14th century Italy, there was a growing wealthy merchant class, and while they couldn’t enter the nobility, they desired more luxurius garments. 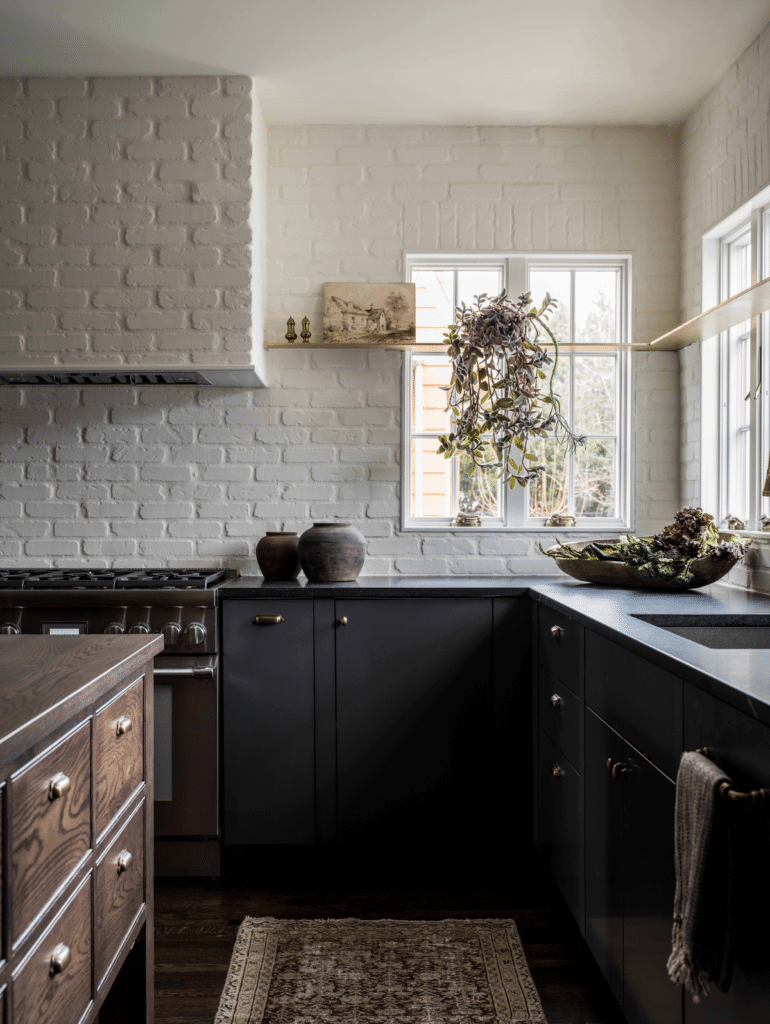 In order to keep these wealthy individuals in their place, they were forbidden to wear certain types of clothing and certain colors were forbidden. They couldn’t wear deep reds or the famous peacock blues of Florence, and thus, they began dressing in the color not impacted by these rules: black. But to show off their wealth, they wanted the best black that dyers could make. It allowed them to obey the laws, climb the social ladder, and look good doing it. 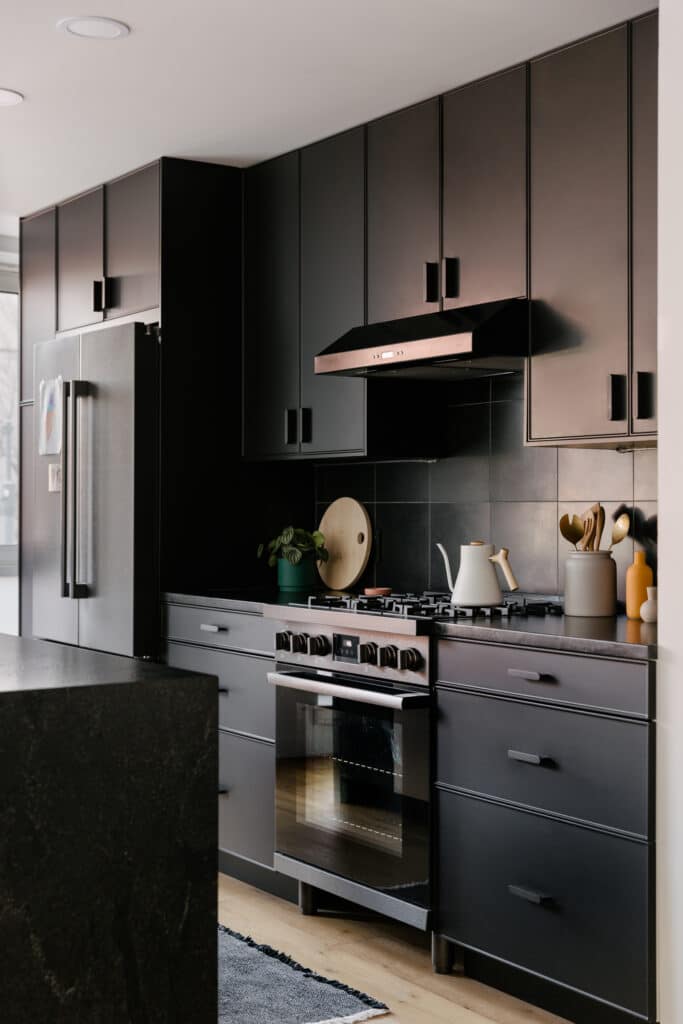 The stunning blacks did not go unnoticed by the rest of society and became symbolic of virtue and political authority. Soon, even the nobility classes of Europe, who could legally wear other lavish colors, took to wearing black. By the end of the 14th century, the fashion for black extended from Italy to foreign kings and princes, and black became the color of choice for young men for centuries. 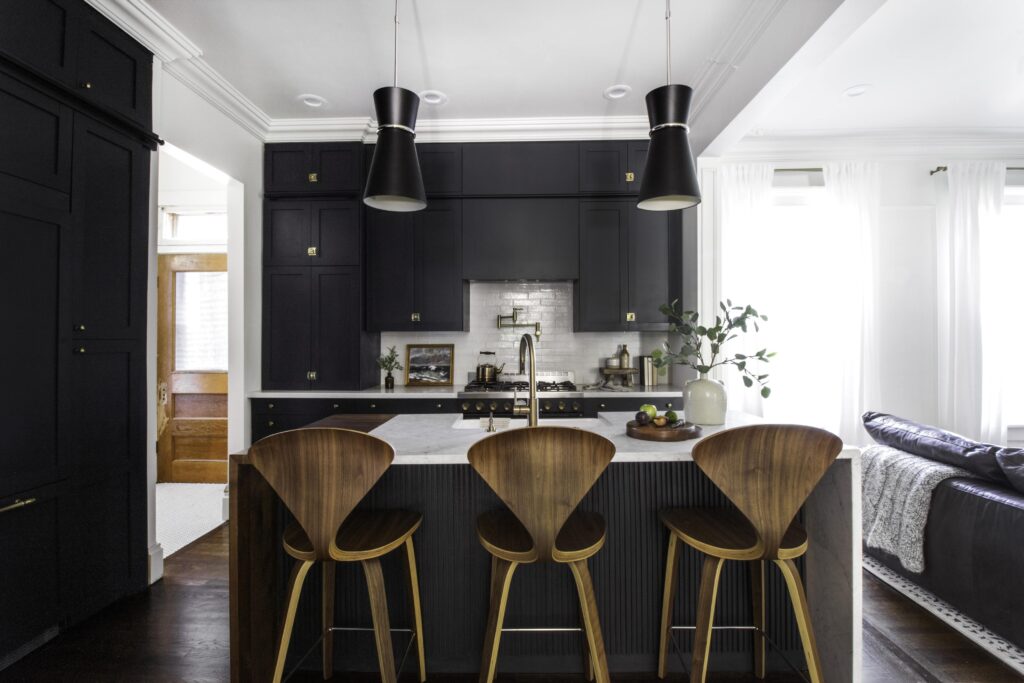 Design and Photography by Catherine Williamson

As the demand for the dye increased, so did the skill of the dyers, who became more talented at developing beautiful, brilliant solid blacks. The dyers were able to create vibrant blacks even in wools and silks, rivaling the most beautiful furs worn by the nobility.

And while that’s how the color shed its sinister reputation, there’s another story worth sharing. When it comes to using black in interior design, we can thank Northern Europeans. The Vikings were the technological leaders of Europe as their ship building knowledge was unmatched, and one of the keys to those superior ships was pine tar, which was integral for waterproofing. Pine tar was also used in land-based structures. 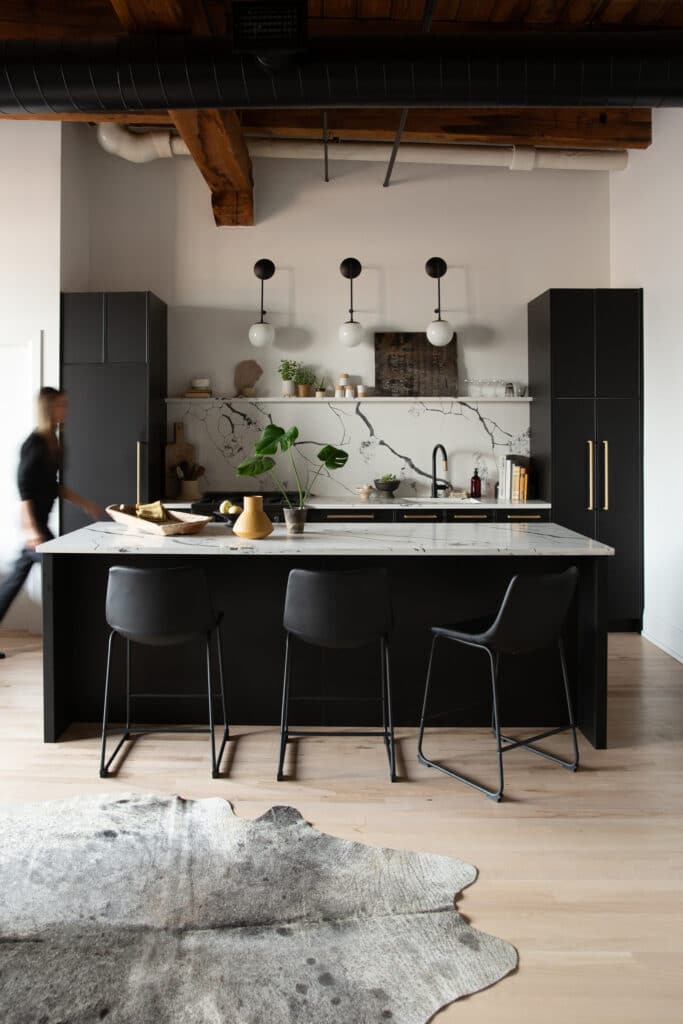 The Vikings weren’t the only ones constructing black buildings. In Japan, yakisugi, sometimes also referred to as shou sugi ban, is a technique where wood is slightly charred to make it waterproof, fire retardant, and more durable. Developed sometime between the 17th and 19th centuries, it regained popularity in the 1970s. In 2004, architect Terunobu Fujimori is credited with pushing into the world stage with his 2004 design for Lamune Onsen, where even the furniture was made from burnt cedar. 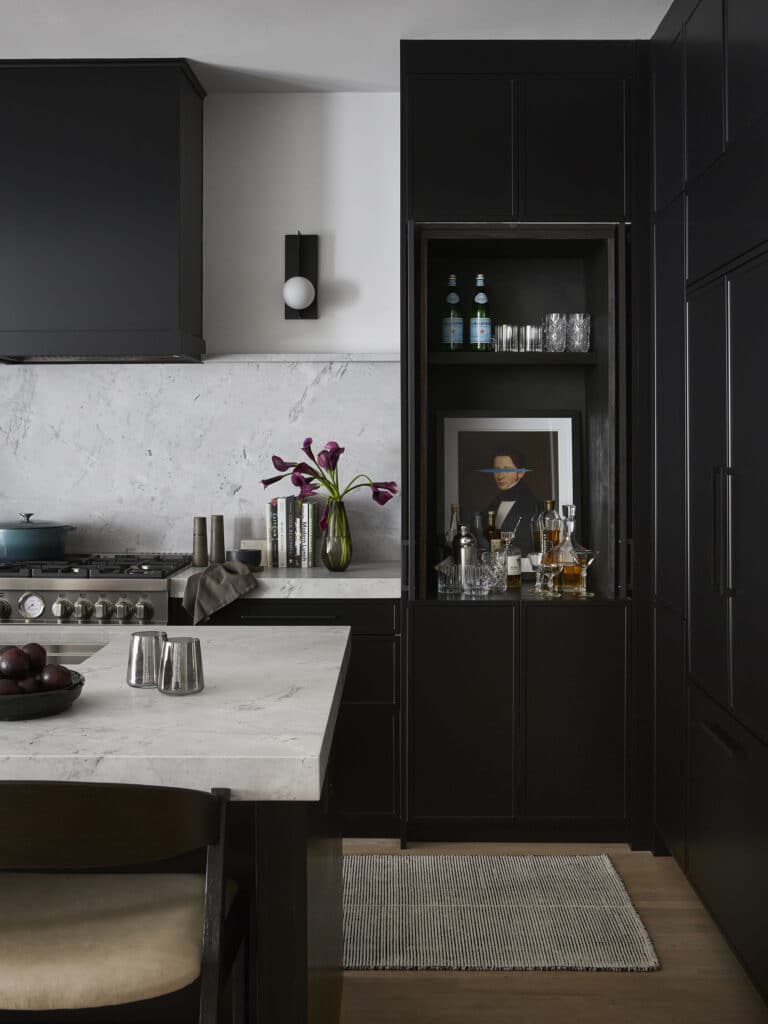 That brings us to the most recent chapter in our color history: black kitchens. This look took off in 2015 and included everything from black accents in farmhouse-style kitchens to full-on Scandinavian-inspired designs. There’s something about a black kitchen that calls to mind those 14th century princes in their luxurious black robes. Considering it’s been a trending color for more than 600 years, you can’t go wrong.