When it comes to a peaceful primary suite, square footage and a functional footprint are key. For Semihandmade’s Samantha Cuello, a huge 90s jacuzzi tub took up two-thirds of her bathroom, leaving only enough room for a tiny shower and single vanity. “The original bathroom was a perfect storm of poor layout and dated design,” remarks her designer Jacklyn Faust Maietta.

Having collaborated on many projects in the past, including Cuello’s office and children’s bathroom, they were ready to tackle this much-needed renovation. 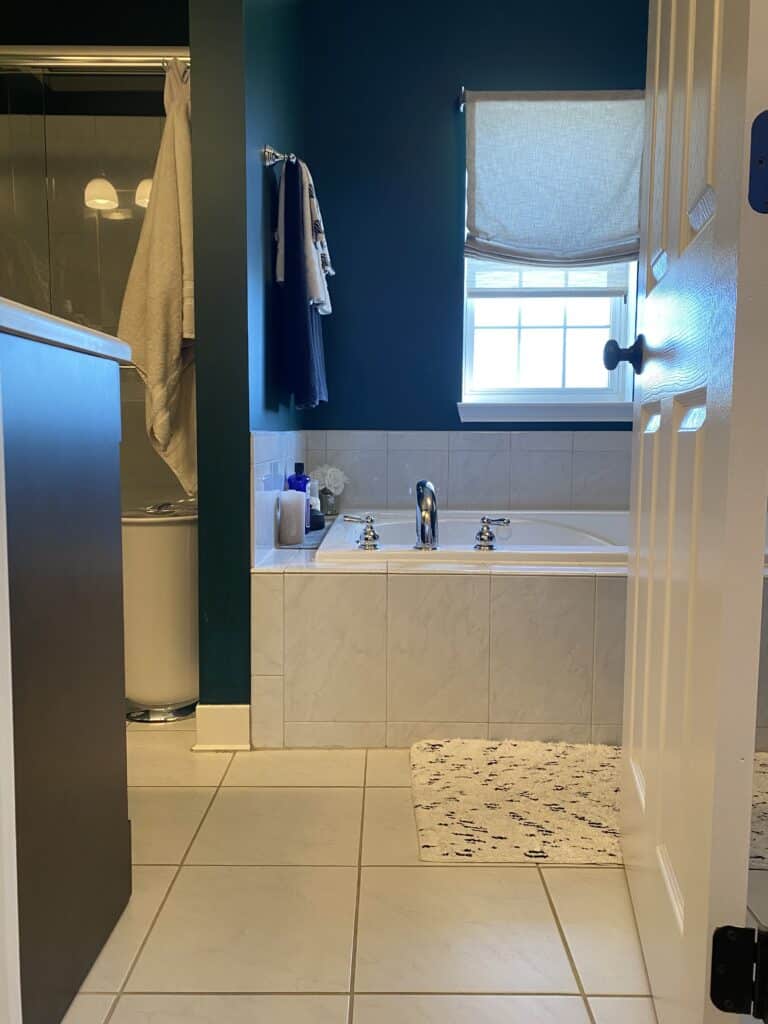 They began talking about the renovation in January 2021, while planning for her kid’s bathroom upgrade. “We decided that if we were renovating that, we should just do the master as well and get it all done in one shot,” Cuello says.

While daunting to take on not one but two major renovations in a year, Cuello had a clear vision for her dream bathroom. “Her top priorities were two shower heads and a double vanity,” says the designer.

She also looked to a former Semihandmade project for inspiration, a Sektion bathroom from Hearth Home, using it as her jumping off point. “I decided to go a little softer on the vanity and a little bolder with the main tile,” she says. “ I also really loved the look of bowl sinks and wanted a dramatic countertop.” 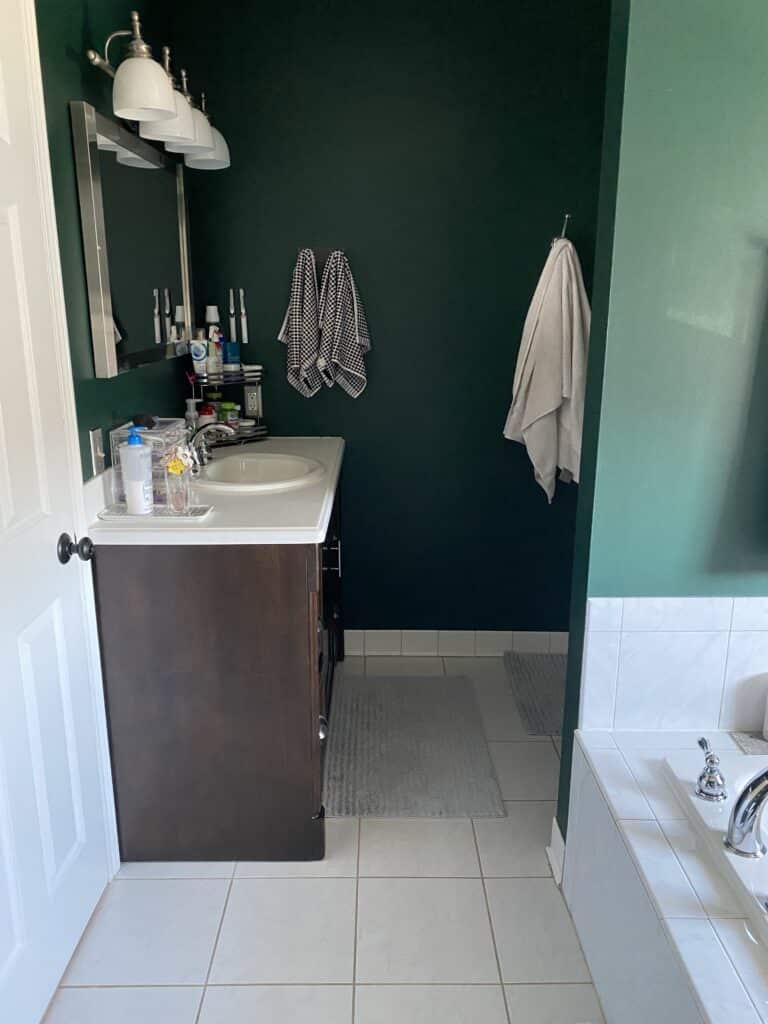 By removing the large soaking tub, the designer was able to divide the room. Now, there is plenty of space for the shower and double vanity.

When it came to the vanity, which was strategically designed around the existing window location, Cuello looked to one of Semihandmade’s newest offerings, Oakley. She loves the slab style, as well as the “light wood look and pretty color of the grains.” 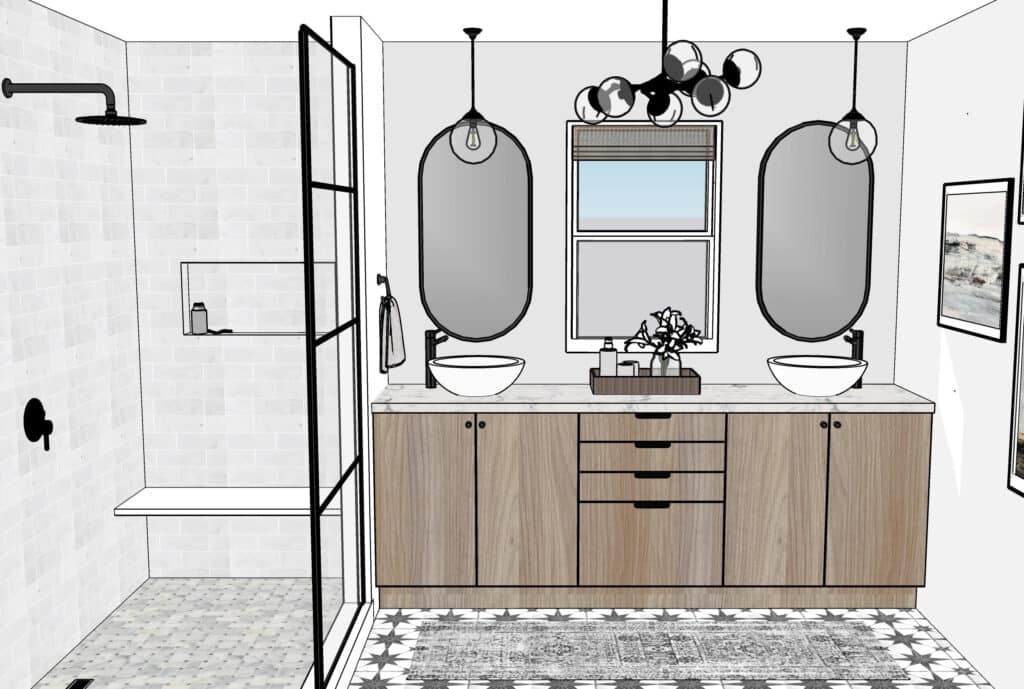 The once awkward tub has been replaced with an oversized shower with double shower heads, marble tile from The Tile Shop, and a Caesarstone bench, which Cuello regularly stocks with candles and eucalyptus. The claustrophobic turquoise bathroom, which has been transformed over the past year, has finally become the space of her dreams.