Though this Pennsylvania home was built in 1986, Eric and Michelle Phillips became the second owners when they purchased it in 2020.

“We’re almost certain the family that was here didn’t do a single thing to the house,” says Michelle. “Everything was original to the home—and not necessarily in a good way.”

But the couple fell in love with its bones and set their sights on a slow, thoughtful renovation that would make the entire dwelling completely their own.

First up: the kitchen. “This room was the first thing we tackled, because it wasn’t even functioning,” she says. “None of the appliances were in working order—except for the fridge.” So they gutted it, removing everything from the upper cabinets right down to the linoleum flooring. 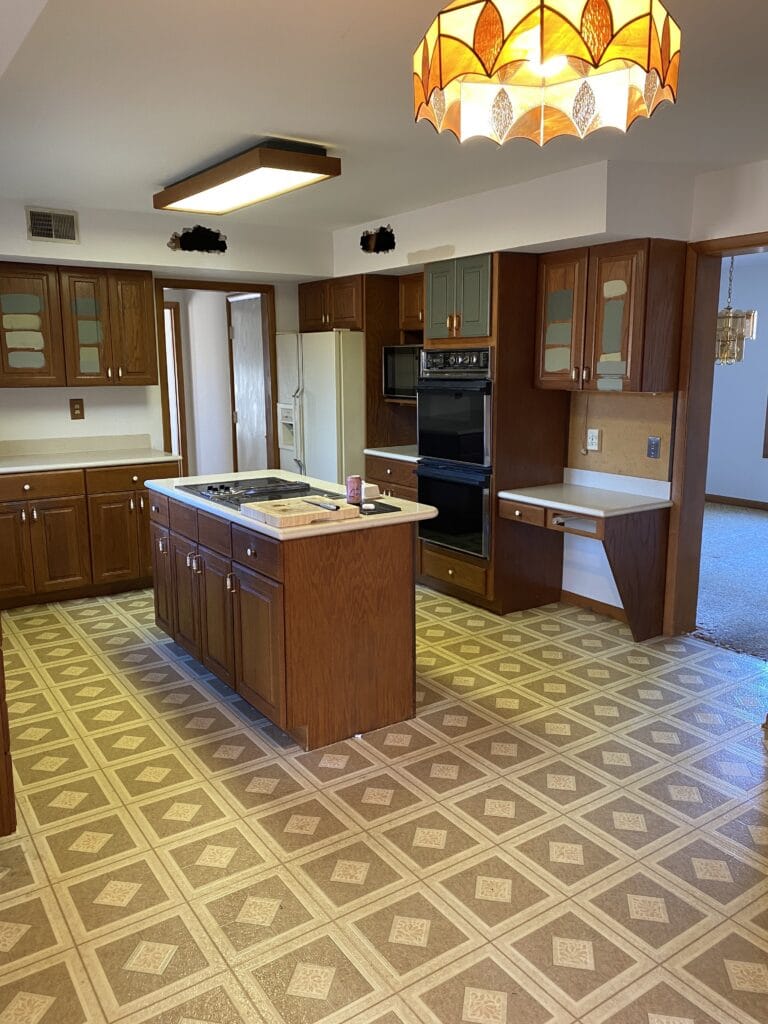 “When I designed this kitchen, I wanted to make sure there would be a home for everything,” says Michelle. “I didn’t want to do the kitchen only to find out later that I didn’t have somewhere to put my blender.”

The IKEA kitchen planner was a great way to do just that, she explains. Though much more affordable than the custom options the couple explored, IKEA’s system allowed the Phillips family to design their kitchen specifically for their needs and wants. 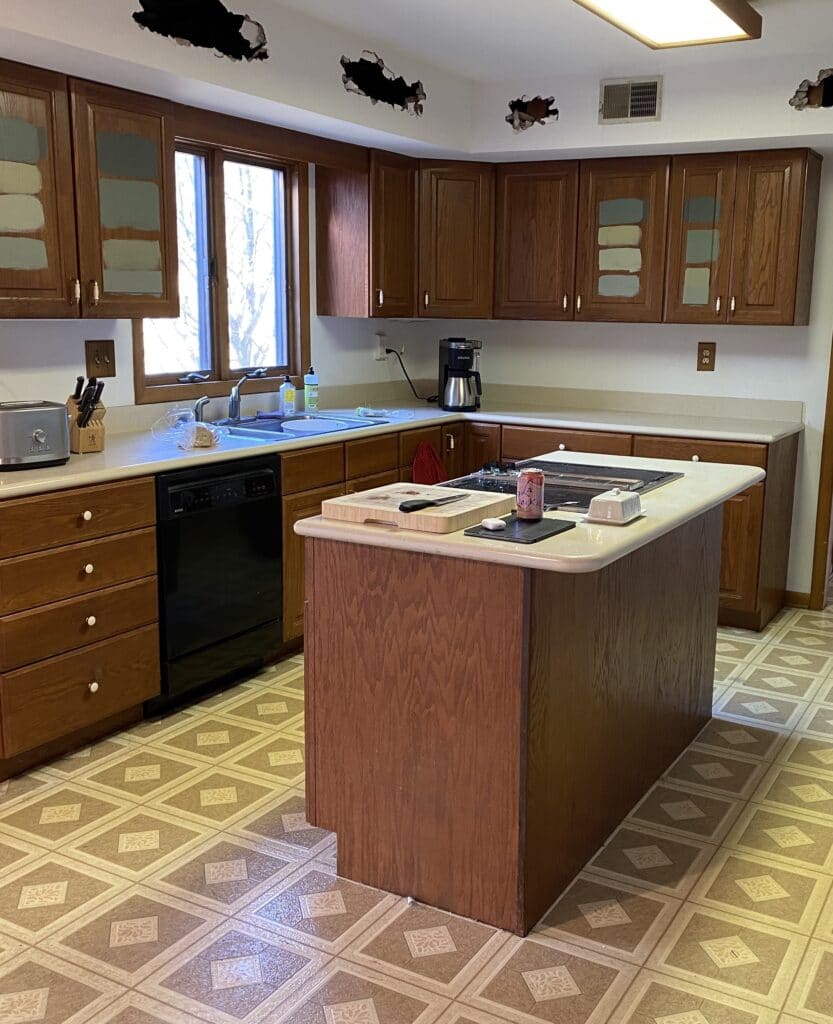 “I was able to visualize where everything was going to go,” she adds. The couple was also able to design a highly functional cook space this way, too. “Eric was more concerned about flow,” says Michelle. “He does the cooking, and he really wanted to make sure the flow worked for how he was going to cook—the big island and the stove facing a wall as opposed to the island as it once was, for example.” 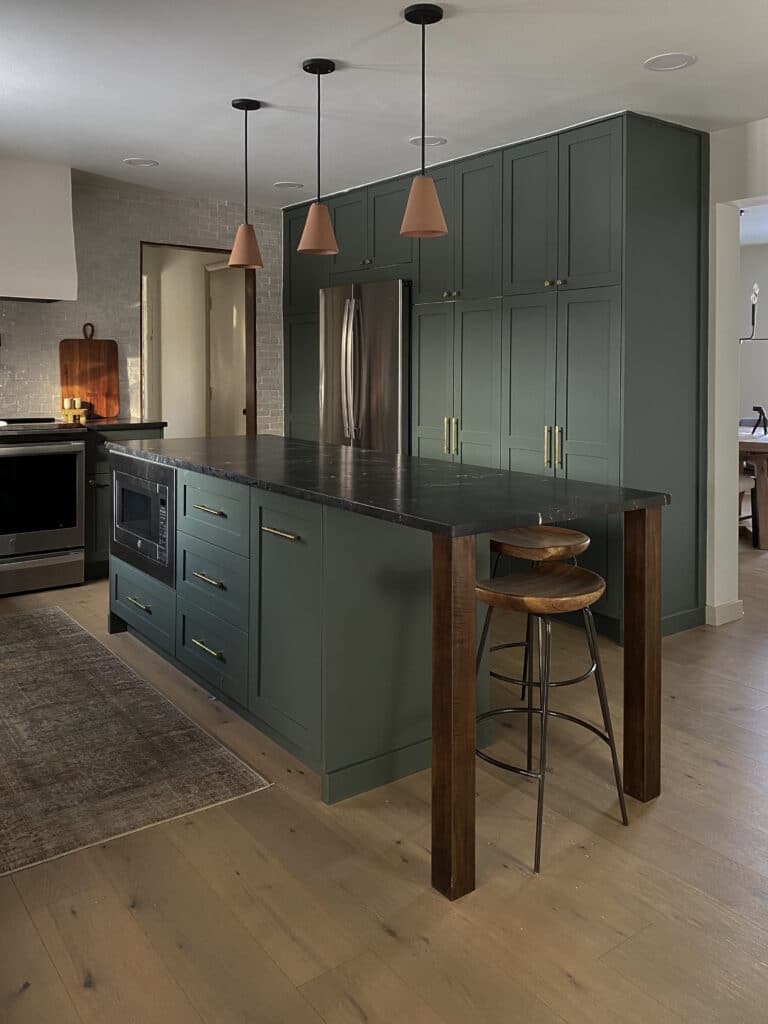 Beyond the functionality and affordability that IKEA cabinets afforded the Phillips family, Michelle was drawn to the fact that they could use Semihandmade to get custom fronts—especially since she had her sights set on a very specific paint color .

They opted for the DIY Shaker fronts to reflect their transitional style, a marriage of her minimalist inclinations and his classic leanings. Then, they painted them in Pewter Green by Sherwin-Williams, a color Michelle had her heart set on from day one.

“When I was picking out all the finishes, I realized I really love an earthy vibe and anything that looks organic,” she says. Take the Zellige weathered white tiles on the wall, terracotta pendants, and even the plaster hood over the range, for example. 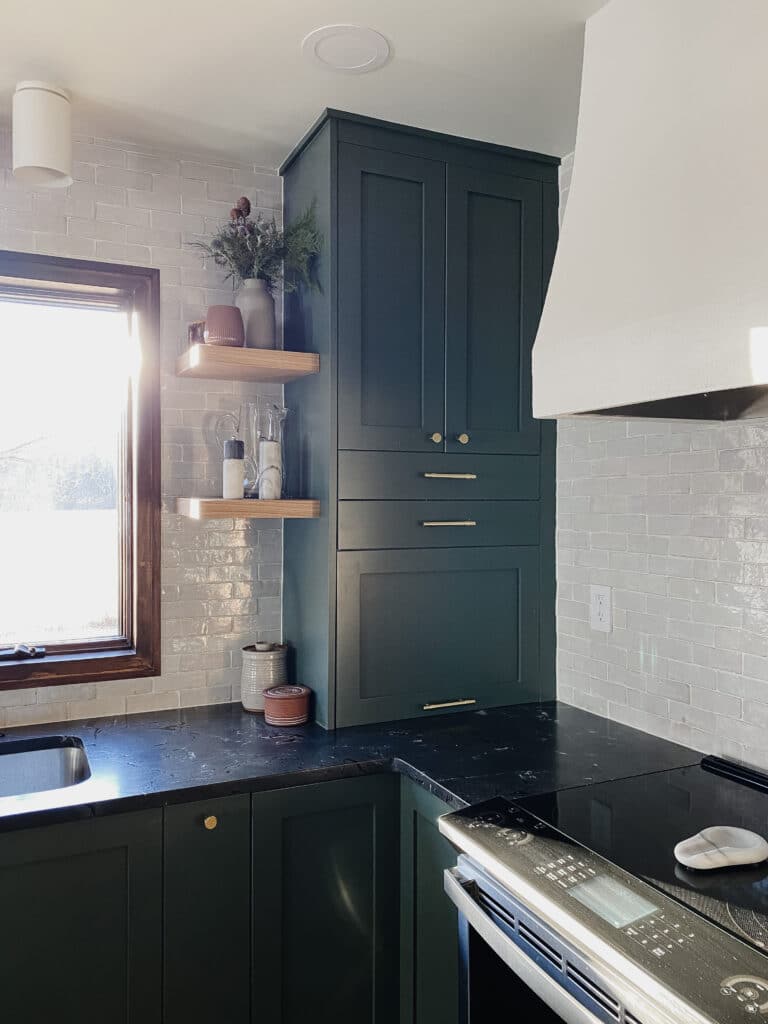 Overall, there’s a lot of texture and earthiness—and the space is even a bit moody with touches like the quartzite countertops. But it’s not at all dark. Big windows, light engineered hardwood floors, and ample open shelving add just enough airness to balance out the space in the most enviable way. 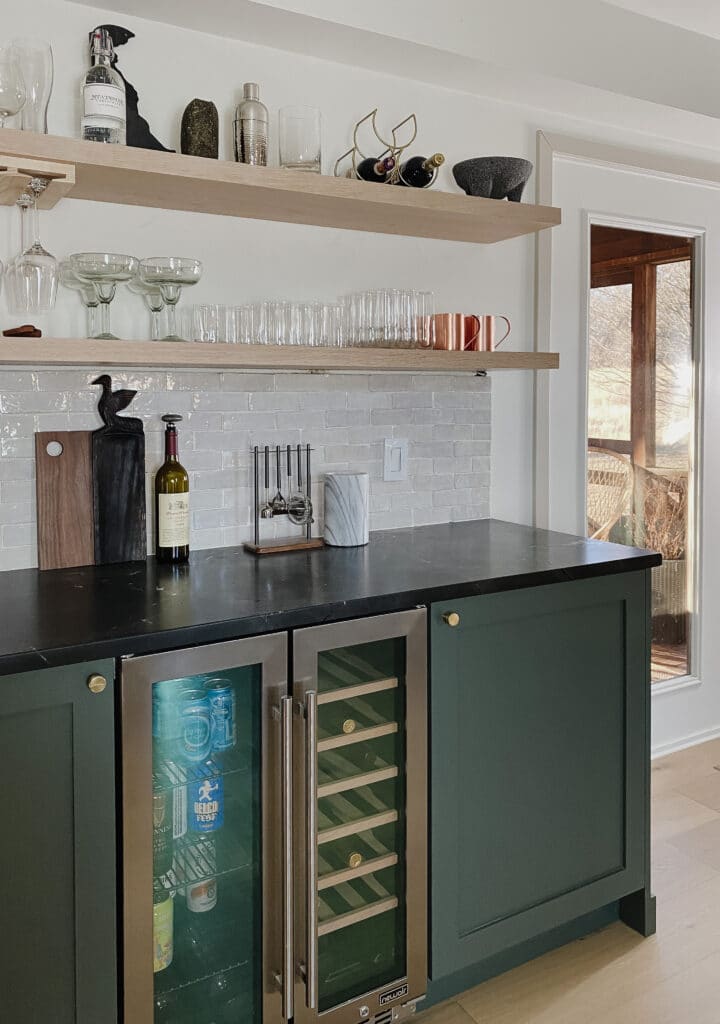 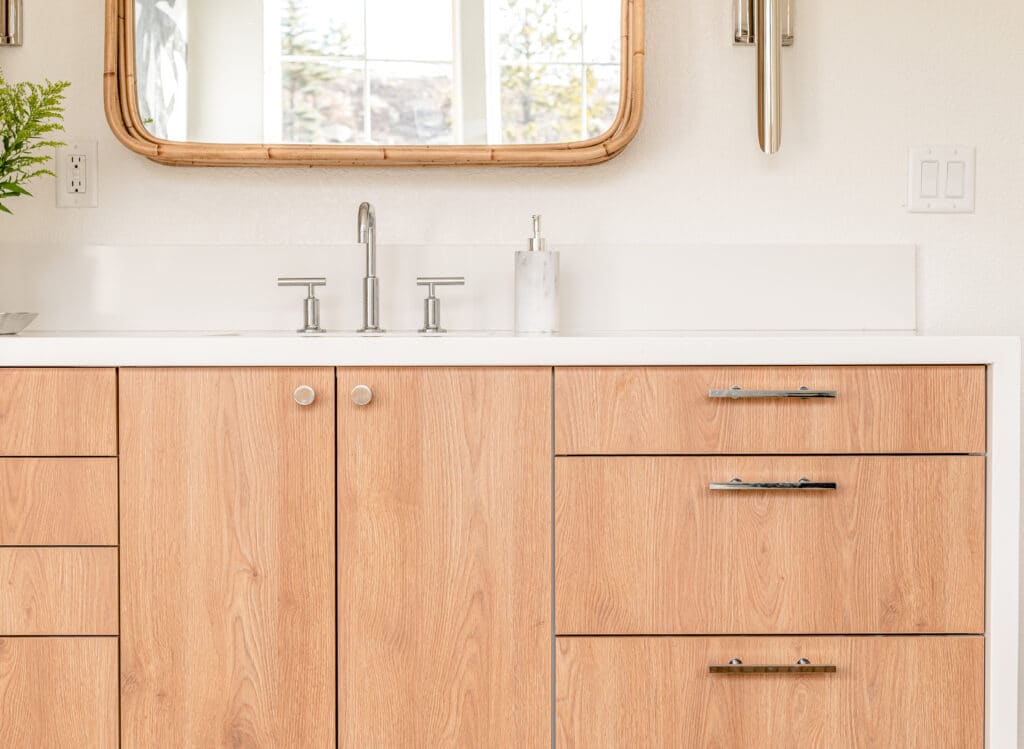 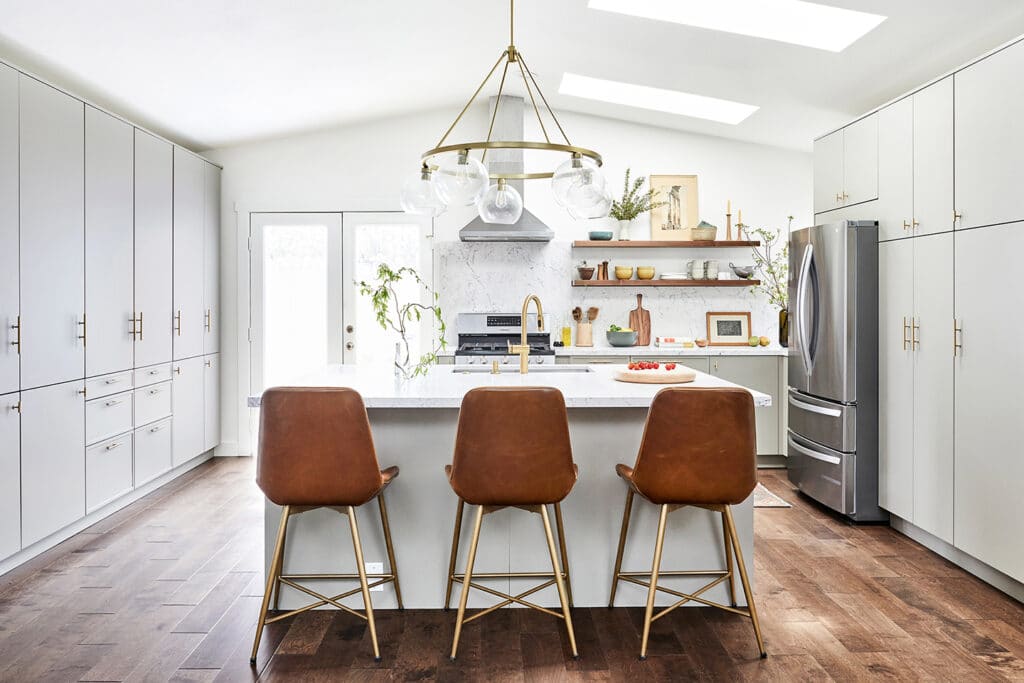