When Megan Hastings left her Chicago loft for the spacious suburbs, she had her heart set on one thing: a gorgeous, heart-of-the-home kitchen that could double as a photography studio for her growing food blog, A Dash of Megnut.

“She needed this space to function as a proper chef’s kitchen fit for near-constant cooking and recipe development, as well as a photo studio for her blog,” says Tracy Cimba, founder of Bespoke Redesign and lead designer on the project. “She basically wanted an upscale, custom kitchen on an IKEA budget.”

To bring her vision to life, Cimba and team rearranged the layout, knocked down a wall, and created a new, photo-ready focal point in the center. “The old space was straight out of the 1990s,” says the designer. “We really had to restructure the floor plan and modernize the space from the ground-up.”

Ahead, Cimba shares exactly how to create an equally beautiful and functional kitchen that’s packed with custom features (without breaking the bank). 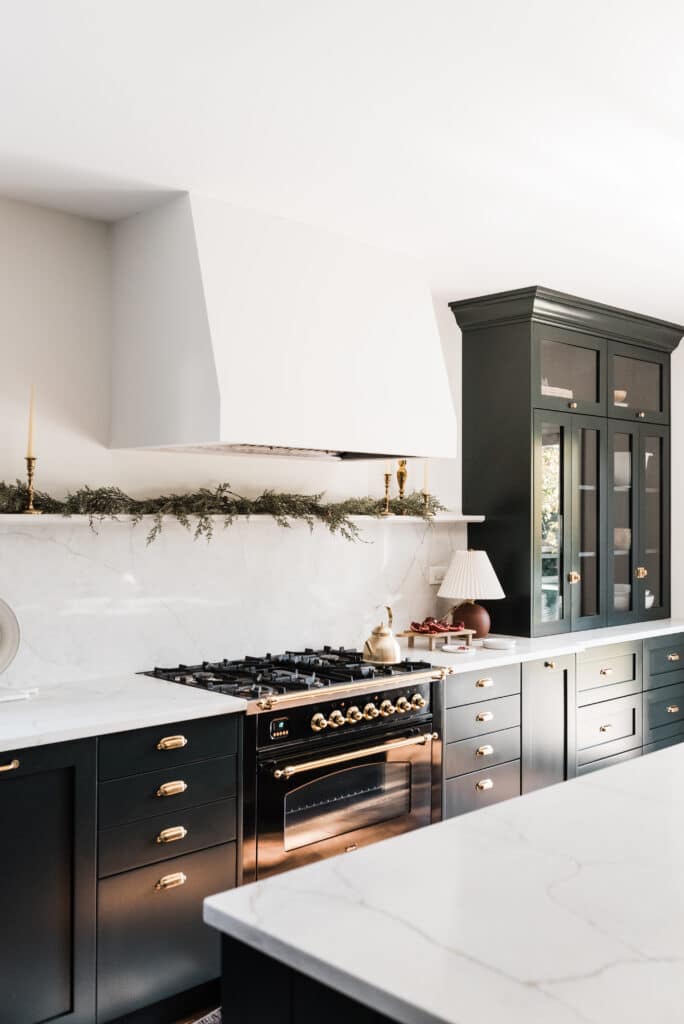 Modernizing the floor plan was first on the docket for Cimba and team. They ultimately decided to knock down the wall between the kitchen and family room, and demo the old U-shaped peninsula configuration in favor of a more open L-shaped layout. Next, they ran lower cabinetry along the entire back wall, and installed a nine-foot island in the center with counter-height bar stools. Finally, they closed off the doorway to the dining room on the far left, and installed floor-to-ceiling built-ins and a countertop hutch near the refrigerator and double oven. 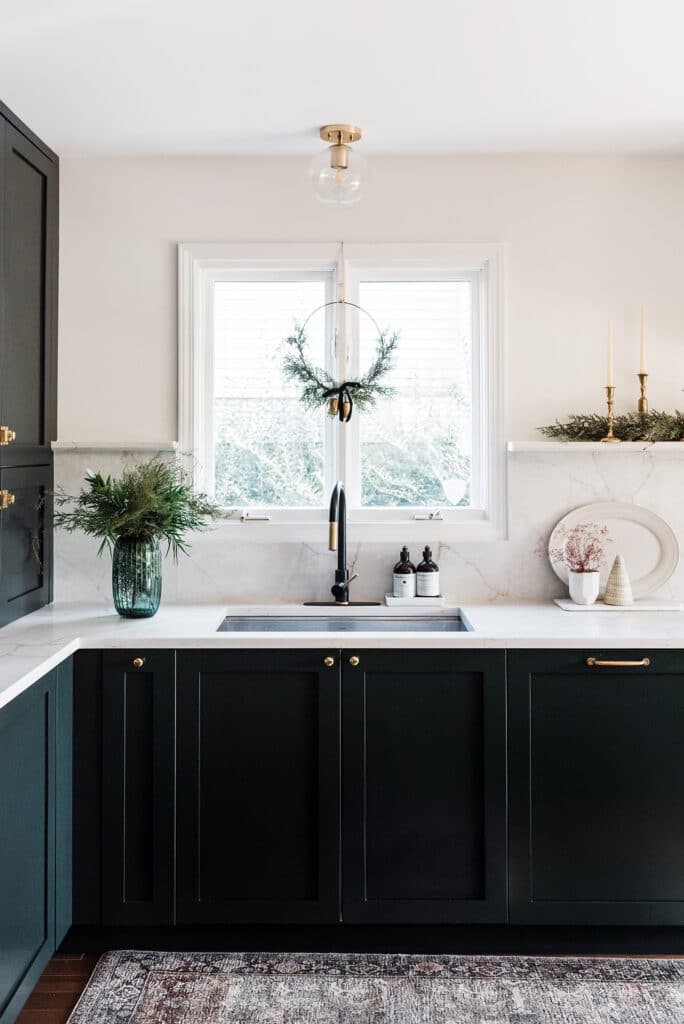 As a tried-and-true food blogger, Hastings had a specific photo backdrop in mind when designing her new kitchen. “She really wanted the pretty range, decorative ledge, and quartz backsplash to be the focal point,” notes Cimba. To bring that vision to life, they ran a new gas line to center the third oven, and went with understated pendant lighting and minimalist window treatments to keep the spotlight right where it belonged. 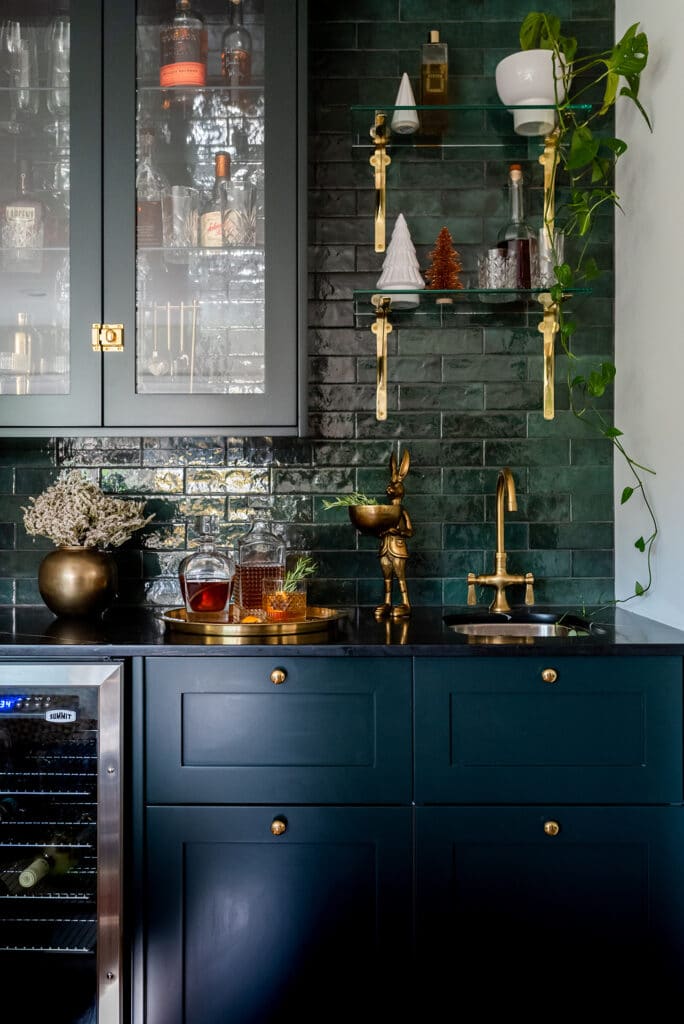 Thanks to the new open floor plan and L-shaped layout, the kitchen felt almost too light, bright, and airy. To add some personality and drama, they decided to paint the cabinets a beautiful dark green: Black Forest by Benjamin Moore. “She didn’t want anything too modern,” says the designer. “The green paint color, glass display cabinet, and Shaker-style fronts lean traditional and balance everything out.” 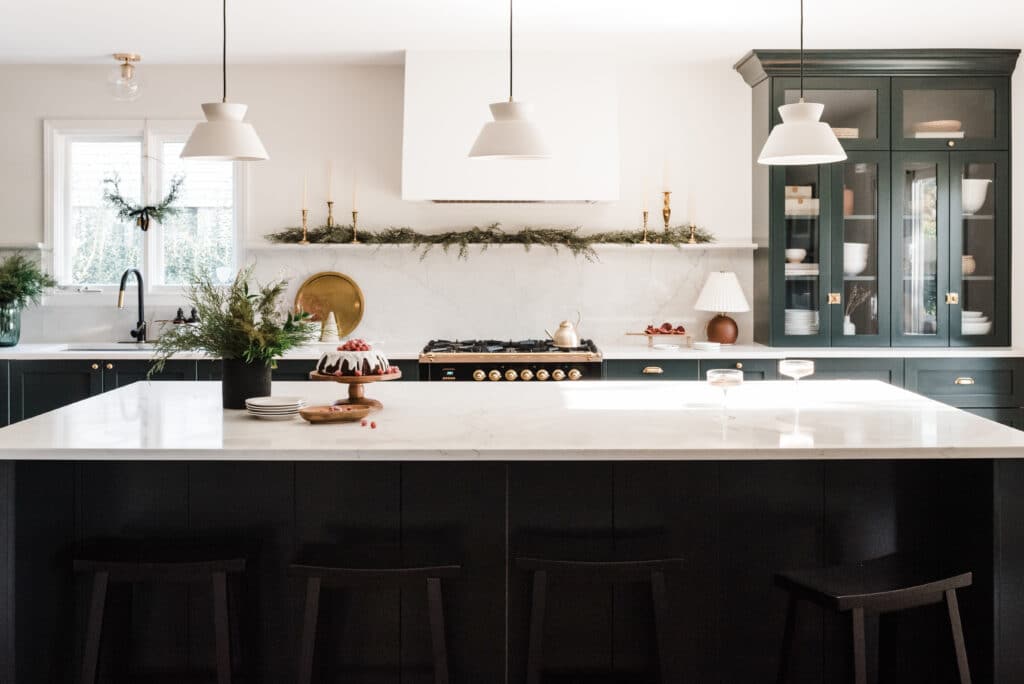 To create the studio-worthy cookspace Hastings envisioned, they finished off the space with purely decorative knick-knacks like artwork, candlesticks, plants, vases, and a table lamp. “Decorating a kitchen with items you’d normally find in a living room or bedroom really makes them feel more integrated with the rest of the home,” she says. “And when you’re thoughtful about storage and layout design, you should have the extra space for these non-functional items.” 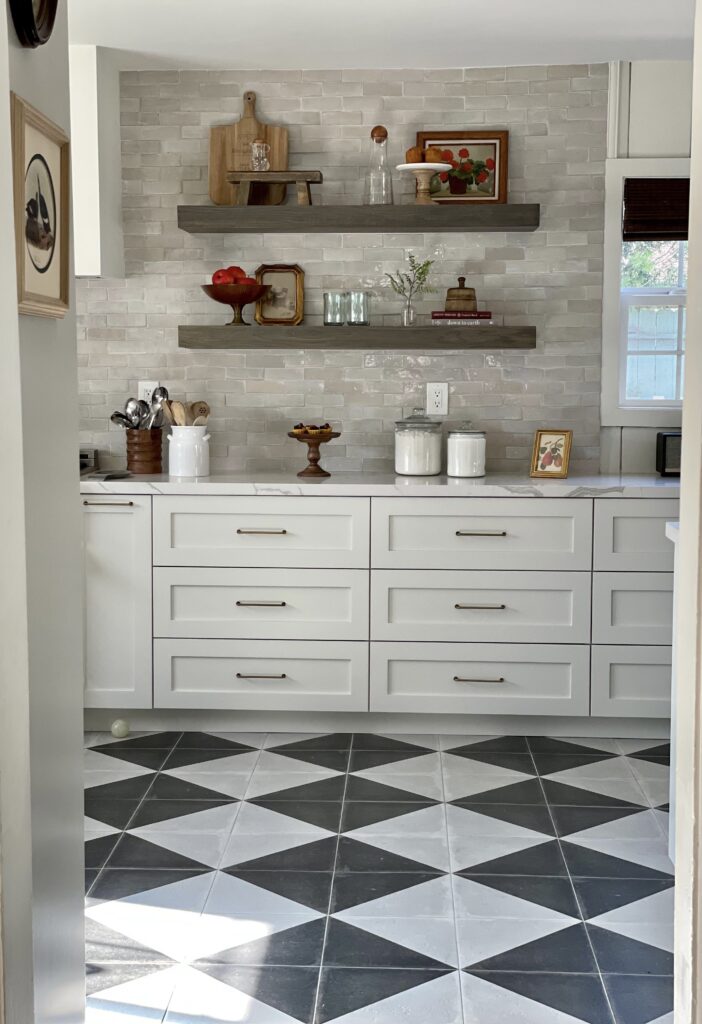 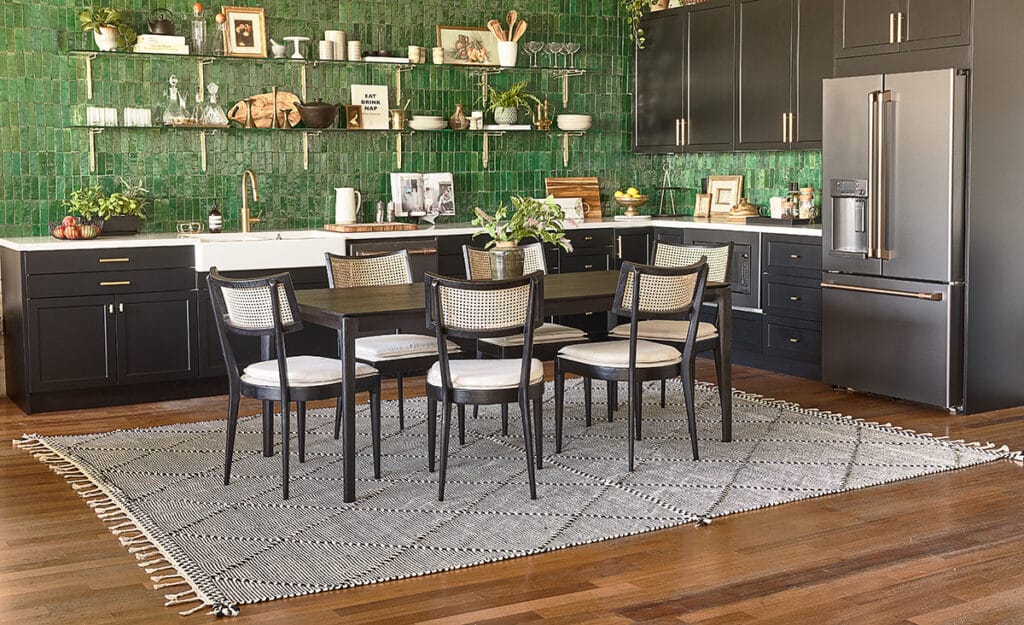 Step inside the space, designed by the brand’s creative director. 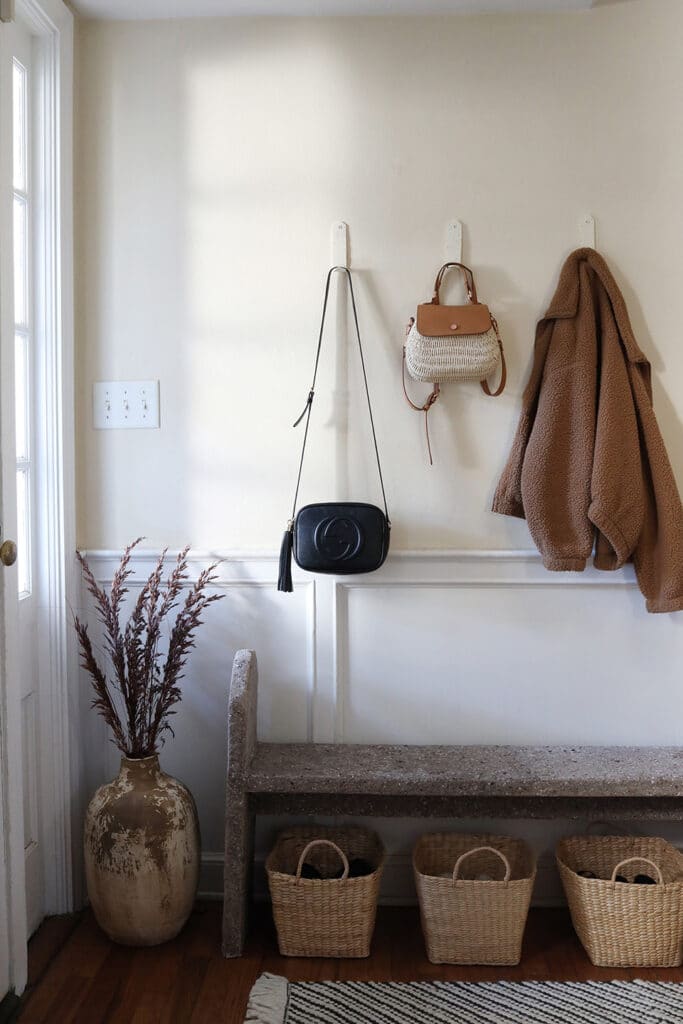 These DIY Clay Wall Hooks Will Keep You Organized

And look good doing it.