Micah E. Wood has a love of color. The graphic designer and part-time photography teacher’s eye for framing a shot sure comes through in his recent kitchen renovation. Wood and his wife, Emily Salina, moved into their 1925 Baltimore home four years ago, and since have slowly stripped it of its dull “boomer beige” hue. The palette now includes bright pinks, blues, and black.

Wood, whose been in the city since 2009, was drawn in by the home’s open floor plan, but knew the kitchen would have to be upgraded. Learn how he designed a functional, budget-friendly space with the help of BOXI by Semihandmade.

“The kitchen wasn’t a classic element of the home, but it wasn’t modernized either,” he says. “It didn’t really fit with anything around it.” While Wood had initially hoped to renovate upon move-in, the expense was a deterrent. “My wife moved in two years ago and cooks more than I do,” he adds. The goal was to renovate with practicality in mind. Obviously, aesthetics were a bonus, but they hoped for more “storage, functionality, and to make the small space feel better.”

IKEA to the Rescue 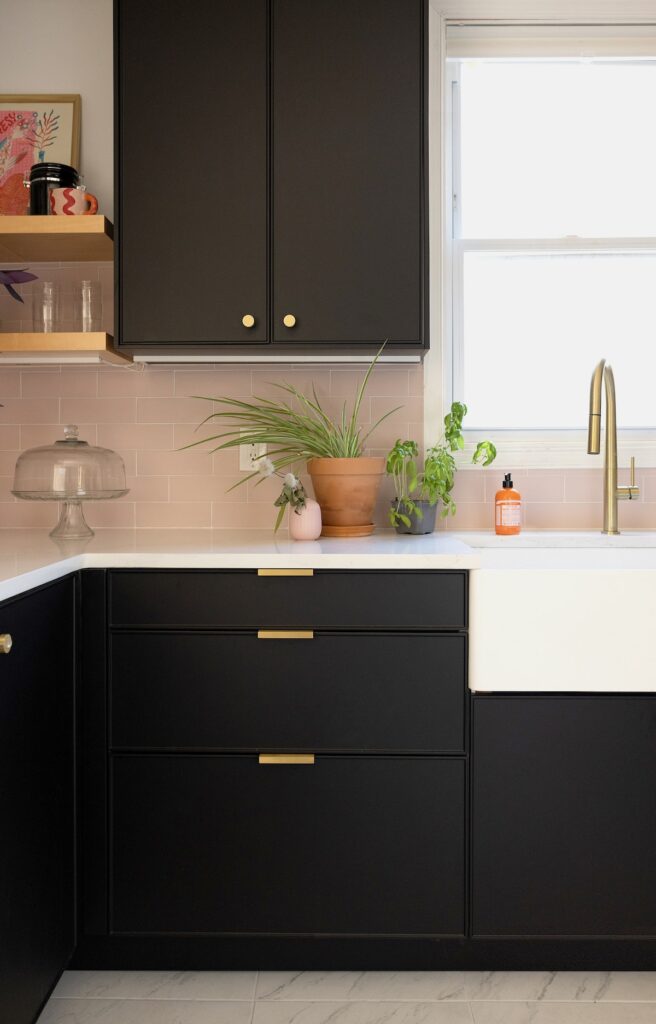 Wood took to the IKEA Kitchen Planner to design his first layout iteration. Already aware of Semihandmade, he was excited to learn about the launch of BOXI, and a 20 percent off sale was initiative to buy. Plus, he was able to modify his existing kitchen plans to match BOXI’s cabinet specifications.

“My old kitchen was falling apart and there was no brand name anywhere,” he says. “When we move, [new owners] will be able to easily see the cabinets are from BOXI.” 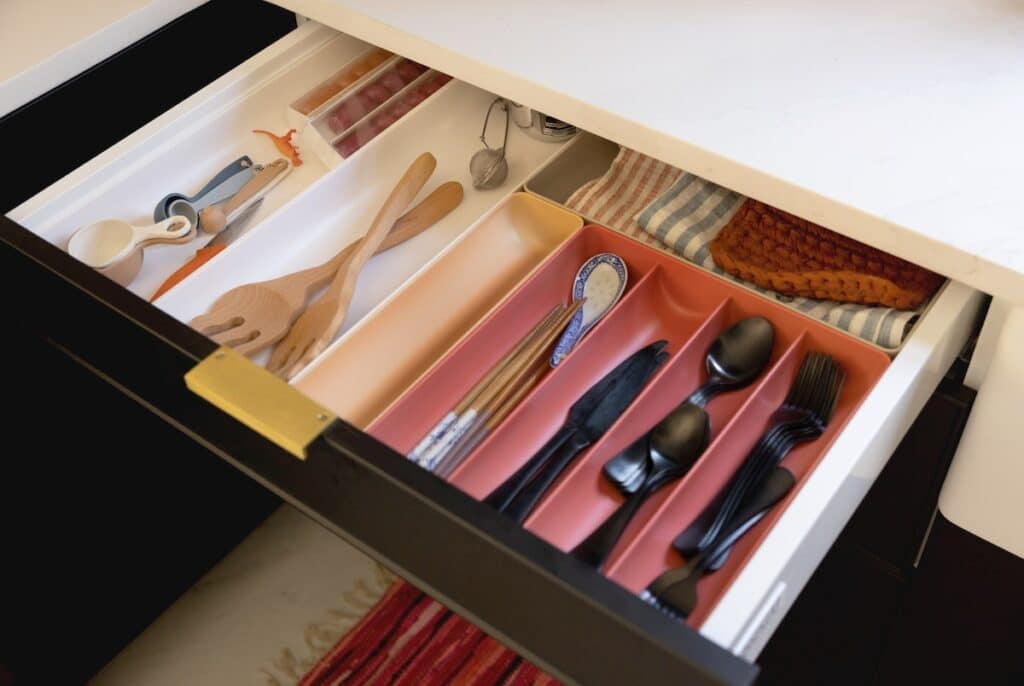 Wood decided on BOXI’s classic Peppercorn Edge cabinet, pairing it with bright touches like pink tile from Fireclay and BOXI’s brand new multi-color drawer organizers. “A lot of the house is pinks, blues, blacks, and whites, so we wanted something that would stay for a long time, especially if we changed colors in the rest of the home,” he says. Plus, he loved Peppercorn Edge’s “modern personality and matte finish,” he adds. 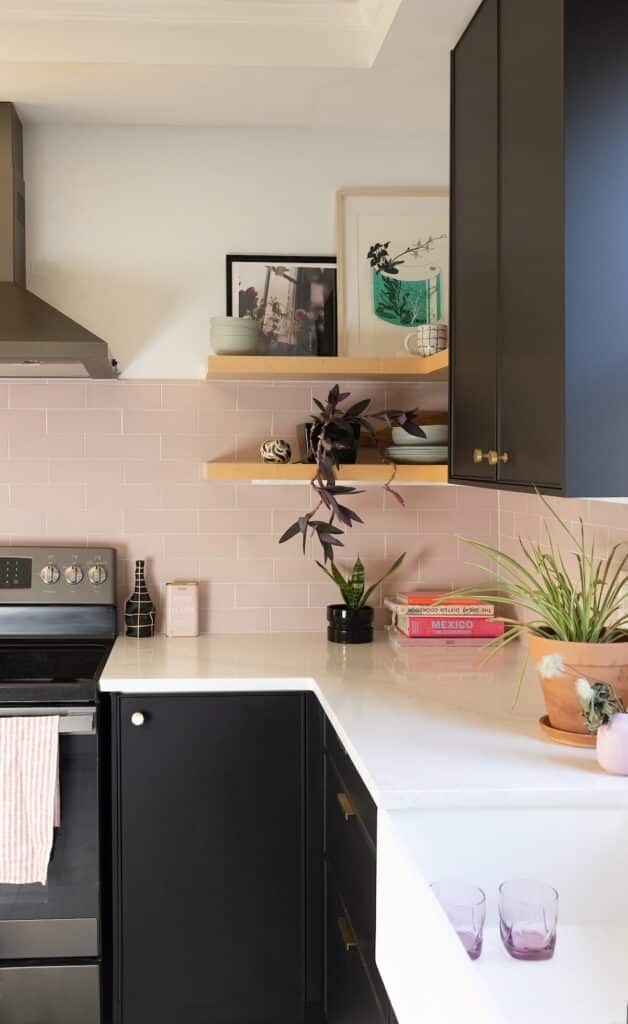 The couple gutted the kitchen  themselves down to the baseboards, relying on contractors to level the floors and lay the Italian quartz countertop and tile backsplash.

While it was his first large-scale renovation, he had worked on some plumbing and electrical through YouTube tutorials and easily worked with the BOXI instructions. “I’ve done small stuff like painted tile, changed out toilets and sinks, but never anything from the ground-up,” he says. 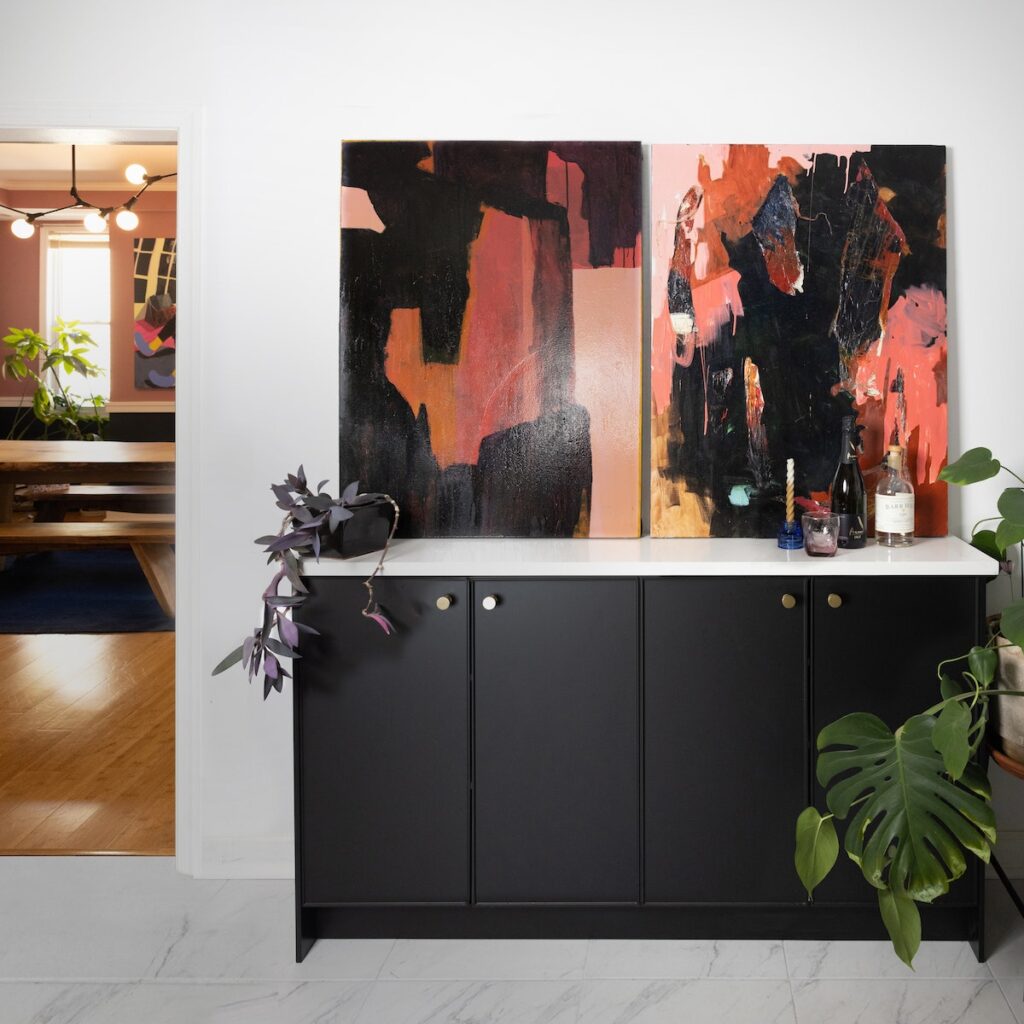 BOXI floating shelves in maple, refinished flooring, upgraded cabinetry, and more took this drab, dark kitchen and transformed it into a colorful and stylish wonder. Plus, it was all done on a budget. “What we didn’t use for the wedding, we used on the kitchen,” he says. “We kept the fridge and oven, but everything else went.” For just $25,000 ($8,000 went toward BOXI cabinets), they got a brand new kitchen.