I’ve painted the walls in every home I’ve ever lived in.

In my small hometown of Siloam Springs, Arkansas, my childhood bedroom was painted a color of my choosing: pink. Later, the galley kitchen in my first apartment in Queens was covered in my pick of blood red (I was 22). I coated every surface of the Williamsburg railroad apartment I lived in for 10 years. I even updated the walls of the Sacramento apartment I rented for six months.

When my husband and I bought our current home in Northern California, the realtor had painted everything white. It suited me just fine when we moved in—it felt like a clean, blank canvas. But two years later, that once-fresh white is beginning to look grimy. And for the first time in my life, I’m feeling decision paralysis about what shade to try next.

The amount of color and finishes available to me would have been shocking for almost any homeowner throughout history. Prior to the 19th century, painting the interior walls of a home would have been an on-site job done by a small cohort of professionals. An artisan would show up with an assortment of grinders, pots, and powdered pigments. The pigments were made from a variety of ingredients, ranging from innocuous sources like fish, nuts, seeds, and clay, to more squirmish inclusions like bug extracts. Lead and arsenic were on the list, too, although they shouldn’t have been.

The painter placed the desired options on a slab and mixed them together using a conical stone. Once he was satisfied with the color and consistency of the paint, he would scrape up the resulting paste, put it in a pot, and add additional oil. There was no swatch book, no celebrated “color of the year.” Instead, there were a handful of options and little guarantees. When the color was applied to the wall, that was it. 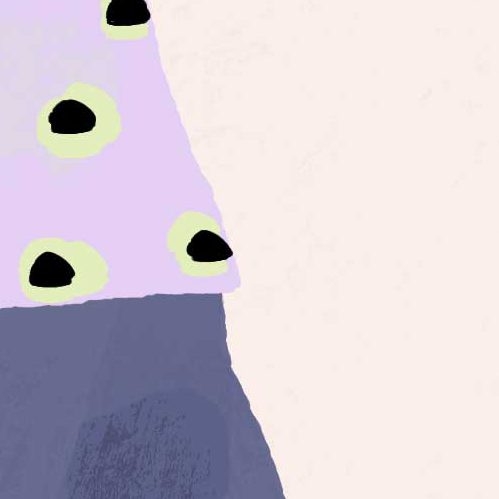 Blue was a favorite for those with pocketbooks deep enough to afford it. The wealthy’s affinity for blue dates back to the days when rich ancient Egyptians painted their ceilings to mimic the sky.

Blue was a favorite for those with pocketbooks deep enough to afford it. The wealthy’s affinity for blue dates back to the days when rich ancient Egyptians painted their ceilings to mimic the sky. Until the 1700s, blue paints were often derived from the semi-precious stone azurite, or sometimes from its even more expensive cousin lapis lazuli. But most people would have been content with what were known as the “common colors” in the United Kingdom: the browns, grays, and fawns that otherwise resembled dirt. More skilled artisans would use ox blood, cattle urine, and beetle juice to provide more vibrant options, in case a customer wanted to stand out. Those painters guarded their formulas closely, because they definitely didn’t want the competition to figure out their secrets.

Thankfully for those paranoid painters, their rivals didn’t go as far as America. Europe’s common colors were financially out of reach for colonials, who were more focused on survival than interior decoration—they simply left most of their interior walls unpainted. But by 1710, as villages grew into thriving communities and houses doubled in size, that began to change. Plaster surfaces were whitewashed, while doors and window frames were painted with a single color of oil paint. Highly-trafficked areas like window seats and baseboards were covered in a dark brown or black to hide any dirt or scuffs. That, of course, sounds familiar.

The invention of aniline dyes in the 19th century expanded choices even more. And once color was more attainable to a wider audience, it was no longer as aspirational. So to wow their neighbors, the wealthy looked to a paint’s sheen instead: the glossier the paint, the more expensive it was. The ultimate in high gloss was enamel wall paint that was introduced to European and American homes in the late 19th century. It required at least 10 undercoats, and each one was carefully rubbed down and left to dry completely between each layer. The final coat of enamel was applied to the wall with minimal brush strokes, resulting in a sheen that could rival that of a new car.

As options multiplied further in the mid-to-late 19th century, deep reds and greens led to brighter purples, burgundies, and yellows. The early 20th century ushered in a penchant for all-white interiors in spite of these choices, a trend that has continued to this day. 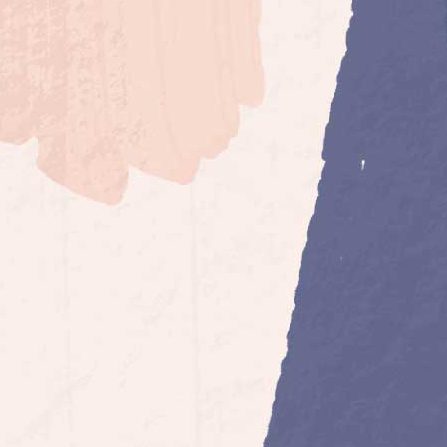 Maybe I could take a page from historical textures and finishes as well, like plaster and enamel. And instead of thinking that matte is always for a living room and sheen is always best for a bathroom, I should see if those rules can be broken. After all, the trends of the past evolved for a reason, and I like the idea of trying something new.

Knowing what I know about the history of paint at this point in my life, it makes me grateful for all of the advances that were made before I ever held a brush in my hand—especially the part about grinding up bugs for color. But looking back also pushes me to be as inventive as those artisans with their top-secret recipes. Thanks to the plethora of color-matching apps, I can take inspiration from the flowers in my garden to the faded blue on my favorite jeans.

Maybe I could take a page from historical textures and finishes as well, like plaster and enamel. And instead of thinking that matte is always for a living room and sheen is always best for a bathroom, I should see if those rules can be broken. After all, the trends of the past evolved for a reason, and I like the idea of trying something new.

As I think all of this over, it’s clear why I have decision fatigue. Thanks to centuries of other creatives figuring out ways to “freshen things up,” all I have to do is open up a can.