The Semihandmade Chicago showroom is officially open. Located in an 1893 three-flat in the city’s Wicker Park neighborhood, the ground-floor space, designed by Tracy Cimba, features multiple Semihandmade vignettes, showcasing how the fronts can work in any room of the home. 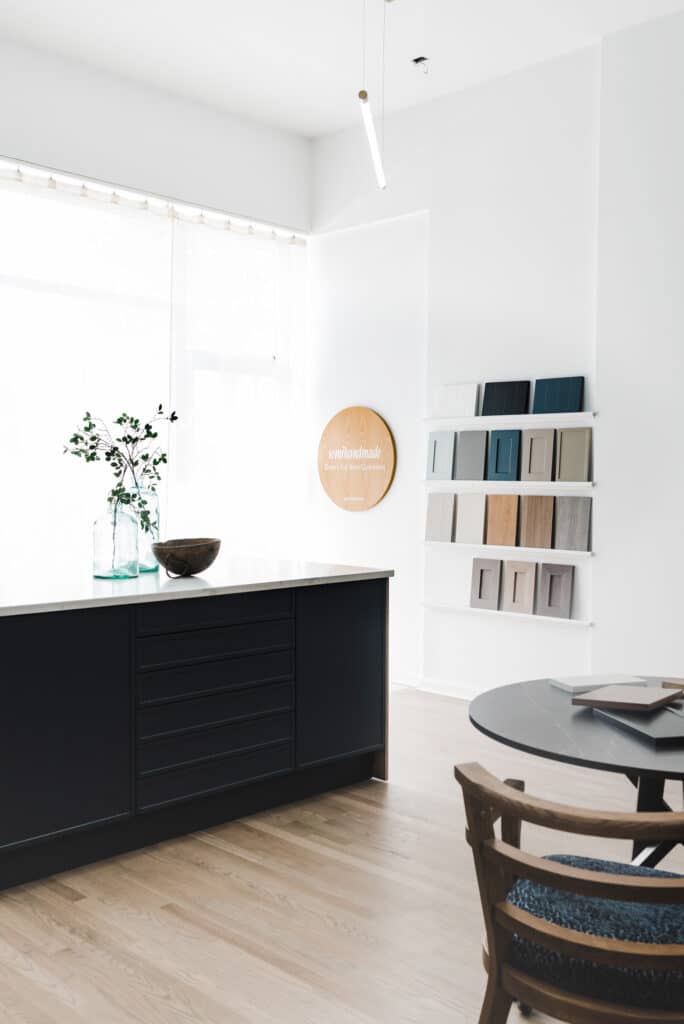 The new venue, which Cimba loves for its proximity to the I-94 and L-train, is a bustling, walkable neighborhood, a much better location for the Semihandmade showroom than its previous spot in North Mayfair, a “much sleepier neighborhood” known for its historic architecture. “[Wicker Park] is a super cool, fun neighborhood,” Cimba says. “People walk by and look in the window, and there’s so much foot traffic now that the weather is warmer,” she adds.

The move was precipitated by the designer’s own desire to live in the city. “We thought about combining our move with the storefront, plus as the owner of the building it made sense financially to bring it all in-house,” she says. There’s an Airbnb on the second floor and Cimba’s personal residence on the third, all “decked out head-to-toe” with Semihandmade and its partners’ products, she comments. 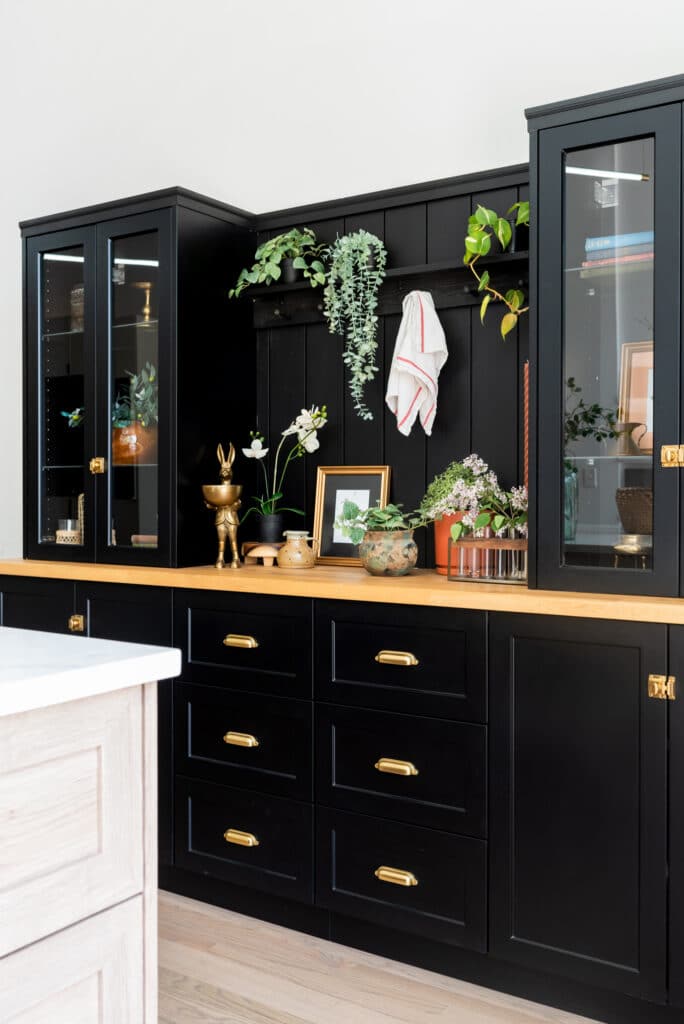 In addition to the building’s central location, it didn’t require a major renovation. It even had an IKEA Akurum kitchen in the Airbnb. Cimba was able to purchase the building in November 2021, take over each floor as tenants moved out, and has nearly completed all remodeling projects over the last six months. The 900-square-foot showroom opened for appointments in mid-May.

To make customers feel at home and be able to fully understand the potential of Semihandmade, Cimba designed a kitchen vignette with a sink, dishwasher, large island, Caesarstone countertops, and coffee bar with Stone Quarterline fronts, one of Semihandmade’s three new color options. “We had more of an opportunity in this space for a working kitchen,” she says. “We wanted vignettes that aren’t just displays, but something you’d have in your own home.” 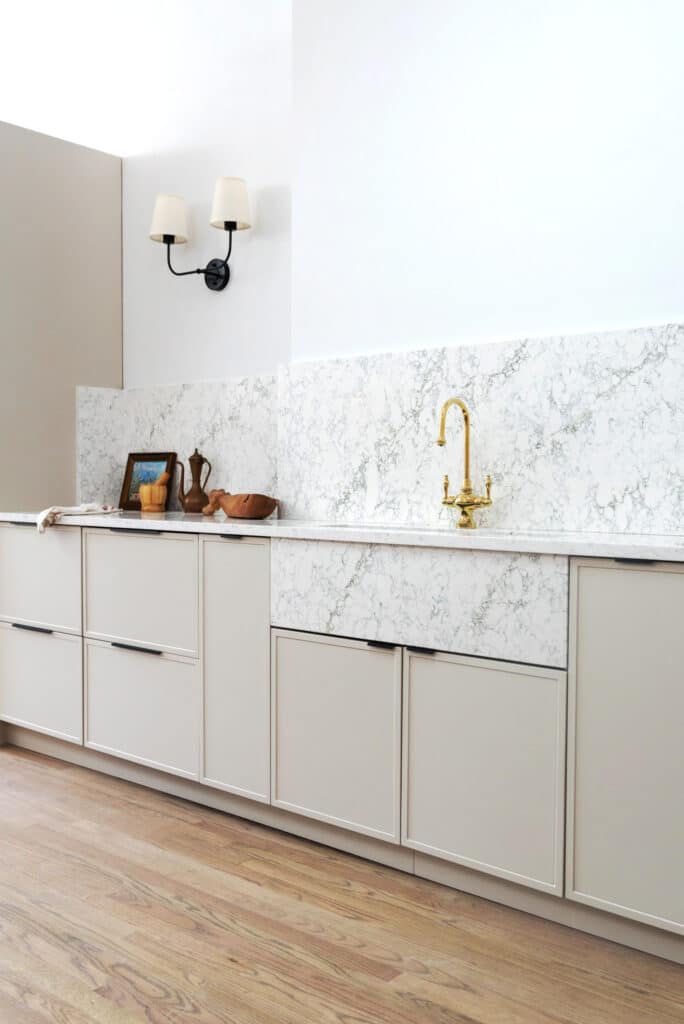 Cimba is also working on a mudroom display with Black Beaded fronts, as well an office with a mix of black and white beaded doors, a dining banquette, and secondary island on wheels with both the CLJ collection on one side and Night Sky Quarterline on the other.

“I tried to keep a cohesive feel with the whole space, choosing white, black, and wood tones,” she says. 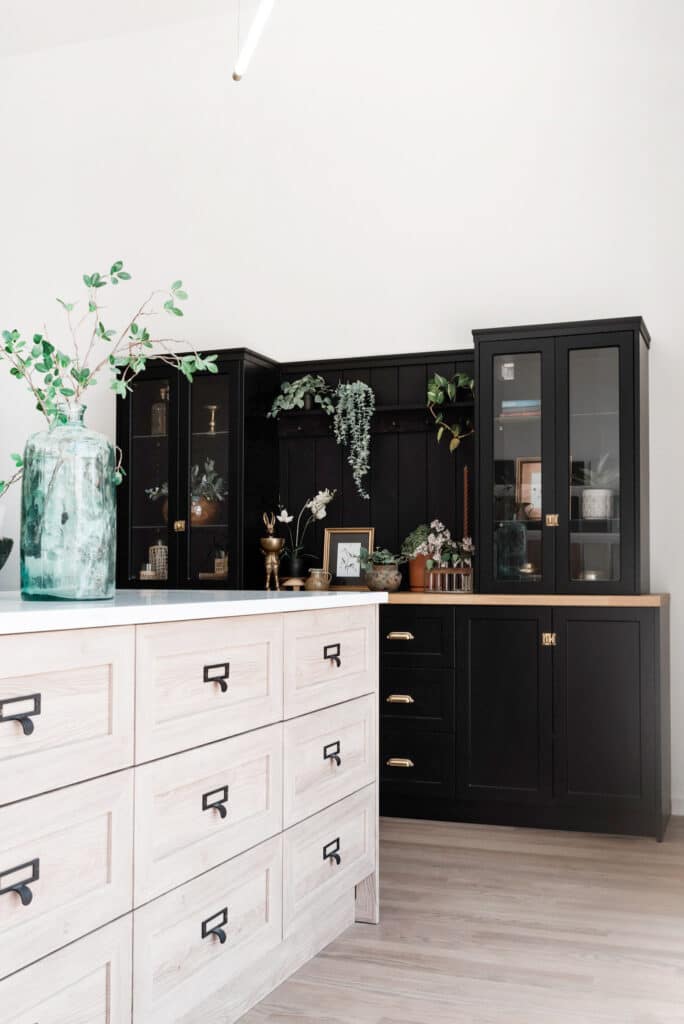 In addition to Semihandmade, customers can check out an extensive Caesarstone display featuring their full line of samples. “Customers walk in and they love the space. It’s bright and clean, and we refinished the floors and painted the walls and ceiling with Backdrop paint. It’s got a great feeling to it,” says the designer.

For those in the Chicago area or looking to visit, the showroom is located at 1421 N Ashland Ave and is open by appointment only Monday to Friday from 10 a.m to 8 p.m. and Saturday 9 a.m. to 6 p.m.