“So, um, what if we move to L.A.?” I remember saying this to my fiancé Charles in a way that was like a joke that could be taken seriously or not back in 2018.

It wasn’t unlike me to blurt out random thoughts and ideas as soon as he arrived home to our Boca Raton rental—me, swiveling around in my chair from my desk in the corner, and him, coming in from a full day at his office. He was rarely phased by my constant need for change, mostly because saying things out loud was typically enough to settle my imagination without having to actually go through with anything.

Without missing a beat, Charles often uttered something along the lines of, “Yeah, sure, maybe.” He knew how to play my game, and wasn’t phased by it. But this question ended up being more real than anything I had hypothetically posed in the past. Six weeks after I let the thought enter our lives, we were doing it.

I had visited Los Angeles exactly twice in my life, and both were whirlwind work trips that left me mostly familiar with the inside of buildings rather than the city itself. Charles, well, had no experience with the place at all. So sure, it makes perfect sense we’d want to move there, right? 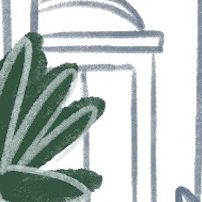 Sometimes we would pose hypothetical questions that would lead to loose discussions about where to go next, since we both were craving something other than the familiarity of the Sunshine State.

Before uttering those words that one evening, we were very, very comfortable and perhaps a bit stuck. Charles and I had been engaged for five years at that point, with no solid wedding plans in sight. Our careers weren’t exactly flourishing. We were in a state of “good enough,” drifting through what was comfortable in a place that had always been home. Sometimes we would pose hypothetical questions that would lead to loose discussions about where to go next, since we both were craving something other than the familiarity of the Sunshine State. Because we never could decide where to go, it was decided for us: California or bust.

I was offered a job in Los Angeles, one with a significant step up in title, responsibility, and salary. While most people might plan such a large move for months, maybe even years, we had about a month and a half between “So, this is happening” to my first day in my new position. What followed was a maelstrom of breaking leases, purging, packing, and hard conversations with family and friends. I was out of breath from decision-making. My phone was locked in my hand at all times as I frantically researched movers, realtors, apartments in our budget, car shippers, new-state logistics, and—because I am nothing if not thorough—marriage licenses. Everything was already such a surprise, so why not throw a courthouse elopement into our plans? All jokes aside, it seemed like our new life in California should also start with our new chapter as a married couple.

Forty-eight hours after Charles and I said “I do” in that South Florida municipal building—me in my ripped jeans, him in his khakis—we were in our Los Angeles Airbnb, arguing about not having enough hangers and needing a new bed pad for the rock-solid mattress. The two of us were navigating not just a new home, a new city, and new jobs, but also each other in a new marriage. We were getting used to saying the words “husband” and “wife” at the same time as figuring out what aisle the almond milk was in at our newly established grocery story. 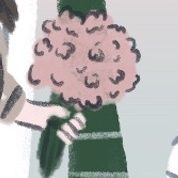 Los Angeles was full of the opportunity and splendor we were desperately seeking during all those years of posing questions in Florida.

Those first few weeks were the best of our lives and also some of the hardest. We were married, finally, and living a new adventure together that we didn’t see coming just months prior. But the weight of all that newness mixed with the emptiness of being 3,000 miles away from the only life we’d ever known felt suffocating, too—and seemed to chip away at my confidence in ways I didn’t see coming. It’s small, but I’d miss being able to auto-pilot my way to a local Starbucks without consulting GPS.

When days felt heavy, we had the habit of turning to each other to ask this hypothetical question:  “We can go back whenever we want, right?” The thought was true, in theory, but we both knew we didn’t have any real intentions of packing back up and heading east. It was really just about catharsis—like a deep breathing exercise, but with words— so we could envision the comforts of being home with family, friends, and roads we knew. It was a quick hit of serotonin to get us through the growing aches and pains of starting over.

Any lows we felt—and there were many, many more than we anticipated—were swiftly met with wonderful highs. Our first drive through the mountains up the Pacific Coast Highway was spent in pure awe of the scenery. The first time we ventured out to Santa Monica, walking up and down the pier like we were kids on summer vacation, will forever be imprinted on my mind. Los Angeles was full of the opportunity and splendor we were desperately seeking during all those years of posing questions in Florida. Even the apartment we found to rent, a 100-year-old Mediterranean spot with coved ceilings and charming plaster walls, checked boxes I secretly had stashed away while living in all those Boca builder-grade developments. 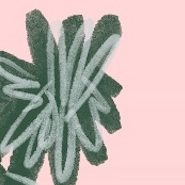 Perhaps more than the city itself, it was the act of stepping into the unknown that was Los Angeles that shook me back to life.

Two years later, finally on the other side of the thick fog that settles in with anything new and major, I can see that this relocation was the right move for us. I don’t feel like I’m lying through my teeth when someone asks “So, do you love it out there?” anymore, because we have good friends, and a cozy home, and a well-oiled route to Starbucks. Los Angeles reinvigorated Charles and I in a way we very much needed. Perhaps more than the city itself, it was the act of stepping into the unknown that was Los Angeles that shook me back to life.

We sometimes find ourselves driving out of our way to do a quick pass by the Airbnb that was our temporary home when we first got to L.A. There’s a warmth and comfort that settles in when I see it, a reminder that even when I feel like I have no idea how to get to the other side of something, I’ll get there eventually.

Charles and I have grown as individuals and as a couple in ways that would have been nearly impossible had we stayed planted in Boca Raton. I’m not much of a green thumb, but I do know that a tree will only grow as large as the planter it’s in. Transferring it to something roomier can be messy, but once those old roots nestle into the new soil, they can spread out and sprout up into something much bigger and stronger. And that’s exactly what happened when we answered a hypothetical question with, “Let’s do it.”

Arlyn Hernandez is a writer and editor by night playing the part of a marketing professional by day in Los Angeles. Her work has appeared on Apartment Therapy, Style by Emily Henderson, Domino, 1stdibs, Kitchn and others. When she’s not busy sidestepping a DIY project or looking at photos of pasta on Instagram, she’s working on her new website, Arlynsays.com.

Life is about change. While we’re usually focused on the shifts of home renovations around here, we know that change occurs in many forms: relationships, careers, and neighborhoods are but a few. In a monthly series called “Start Fresh,” we’ll explore the different ways someone can put a new coat of paint on their life, and how that decision shaped their current reality.