Before we delve into the rolling ladder of your Disney dreams, let’s take a minute to understand the history of the ladder. It’s one of those ancient tools that’s impossible to date. The earliest evidence is found in a 10,000 year-old Mesolithic rock painting, located in the Spider Caves in Valencia, Spain. (Also the first depiction of honey collecting.)  However, most historians agree it’s much older than even those cave paintings indicate.

It wouldn’t be until thousands of years later that the caveman’s tool met the bookcase. After all, it wasn’t until the 15th century that Johannes Gutenberg invented the printing press. And it wouldn’t be until the 19th century that wealth and mass production technology collided creating a book explosion. By the 19th century, if you were building a mansion in Victorian London (1830s), or in Gilded Age New York City (1870s), you were drawing up plans for a library.

One of the ways to corral all those books flying off the printing presses in the 19th century, was to build shelves that stretched from floor to ceiling. This was a new concept. You don’t need vertical storage until you have a critical mass.

Stationary ladders could be used, but they were unstable (there are countless stories of librarians falling from them). Then, in 1880, at the newly built Locust Street branch of the Philadelphia Library, a ladder was installed that was suspended from bronze hooks running along a gas pipe. The pipe provided stability, but the downside was that bronze hooks running along the pipe made a horrible metal-on-metal sound whenever it was used. As a temporary fix, librarians covered the hooks with leather to deaden the sound.

But the real solution was wheels at the top with specially designed brackets that didn’t interfere with the sideways rolling movement. The bottom was also fitted with wheels so it didn’t have to be lifted or scraped on the floor. And so the rolling library ladder was born. 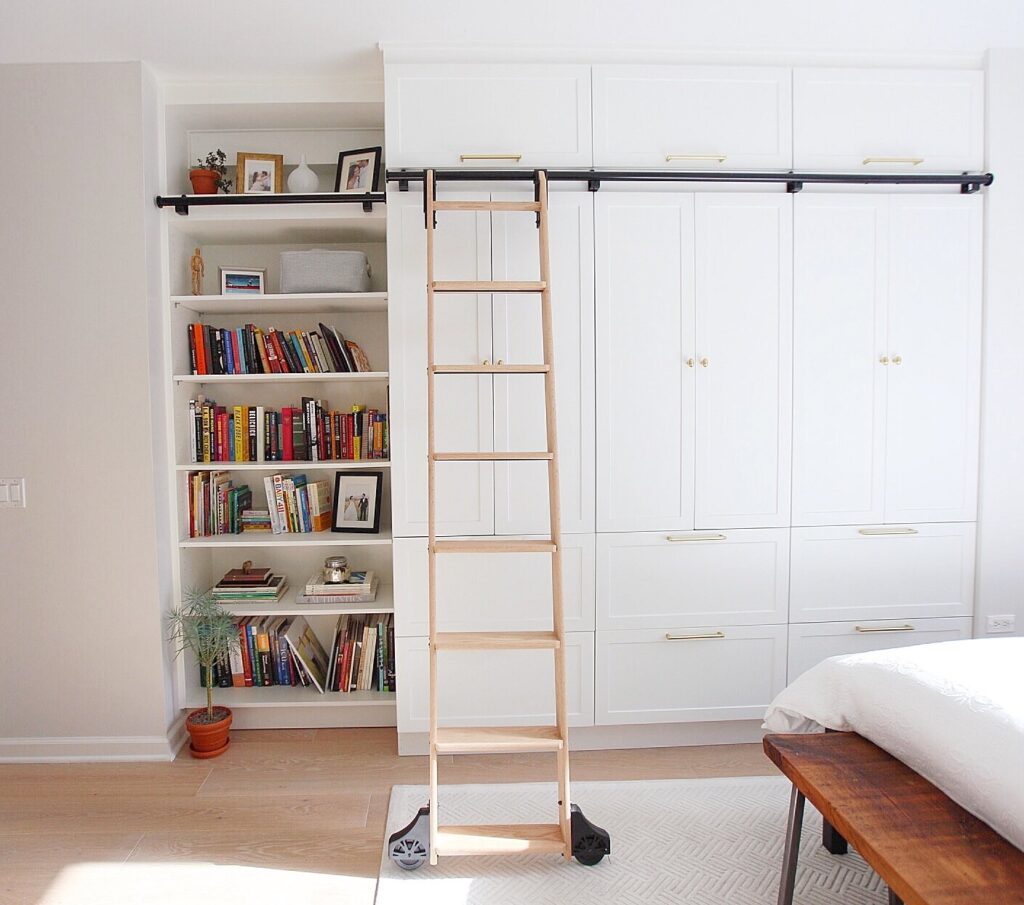 Photography courtesy of and design by House of Nguyens

For the next century, the rolling library ladder was a fixture in large institutional and private libraries. Then, in 2007, Amazon released the Kindle, its first e-reader. That date coincides with the rolling ladder’s move out of the library and into any rooms where accessing vertical storage was an issue. Coincidence?

With most libraries contained on electronic devices, it’s spaces like kitchens, bathrooms and closets where storage is at a premium. One of the benefits, for home use, is that it doesn’t take up much floor space, when not in use, it can rest almost against the shelves. So, if you have the ceiling height, you might as well use it, and there’s nothing quite like a rolling ladder to provide functionality with a chic twist. 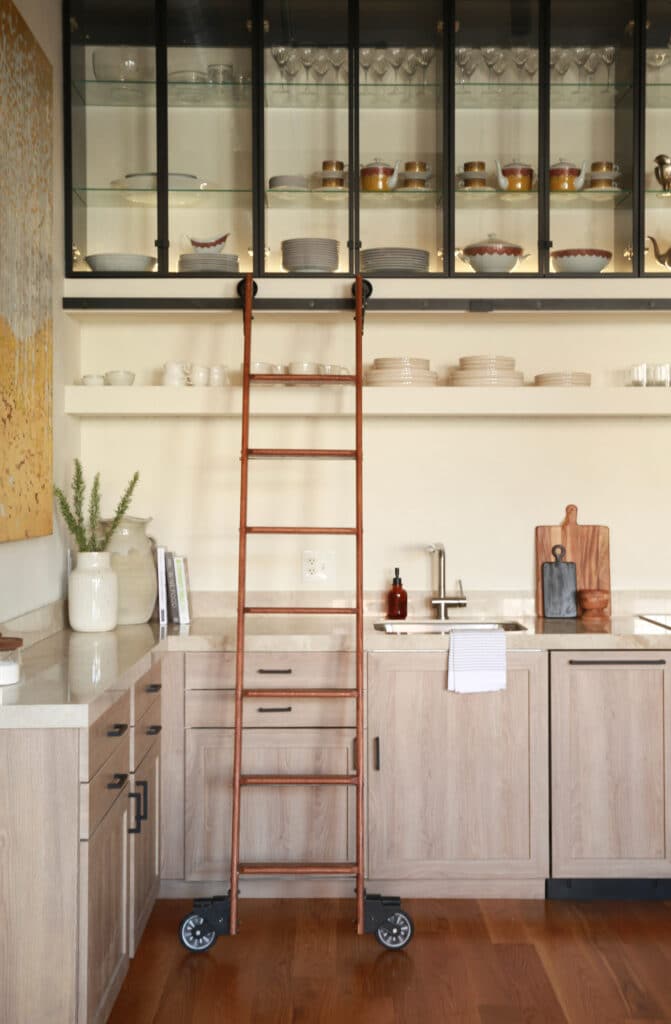 Photography courtesy of and design by Oak Design Project

Rockler: Founded as a mail order, woodworking supply company in 1954, Rockler’s now has a nationwide chain of stores. They sell library ladder kits and tracks.