After two seasons of HGTV’s Restored by the Fords, interior designer Leanne Ford and her brother Steve Ford, a licensed contractor, are back—but with a new twist.

The duo are still fixing up houses in their hometown of Pittsburgh, but this time, all of the lucky owners are people who have returned to the city (the series is aptly named Home Again With the Fords). In episode four, the Fords take on the home of Kelly Jo: a single mom who purchased her grandparents’ home and has an all-in budget of $80,000.

The home, built in 1961 by her grandparents, is a sentimental space. But as Kelly Jo tells Leanne, “I’m attached to the memories that we made in this home, but none of the stuff that’s leftover.” In other words: she’s game for a major transformation and nothing is off-limits.

Read on for details on how the Fords gave this sunroom-turned-kitchen a fresh start for a young family. 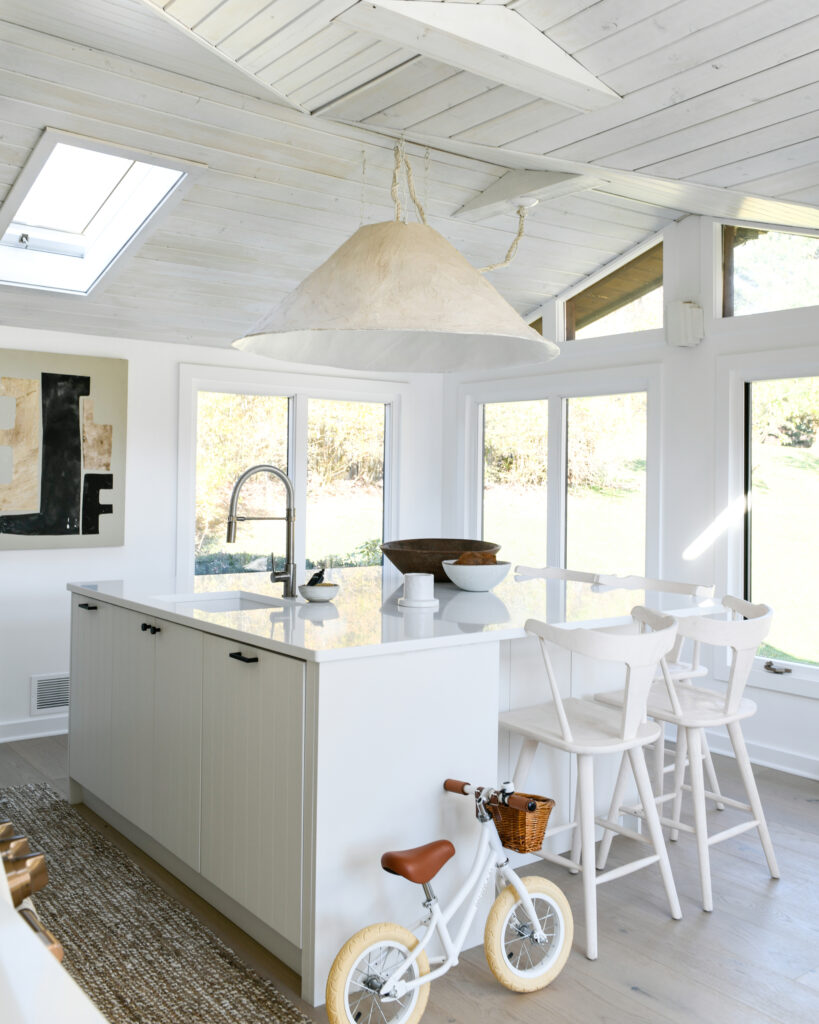 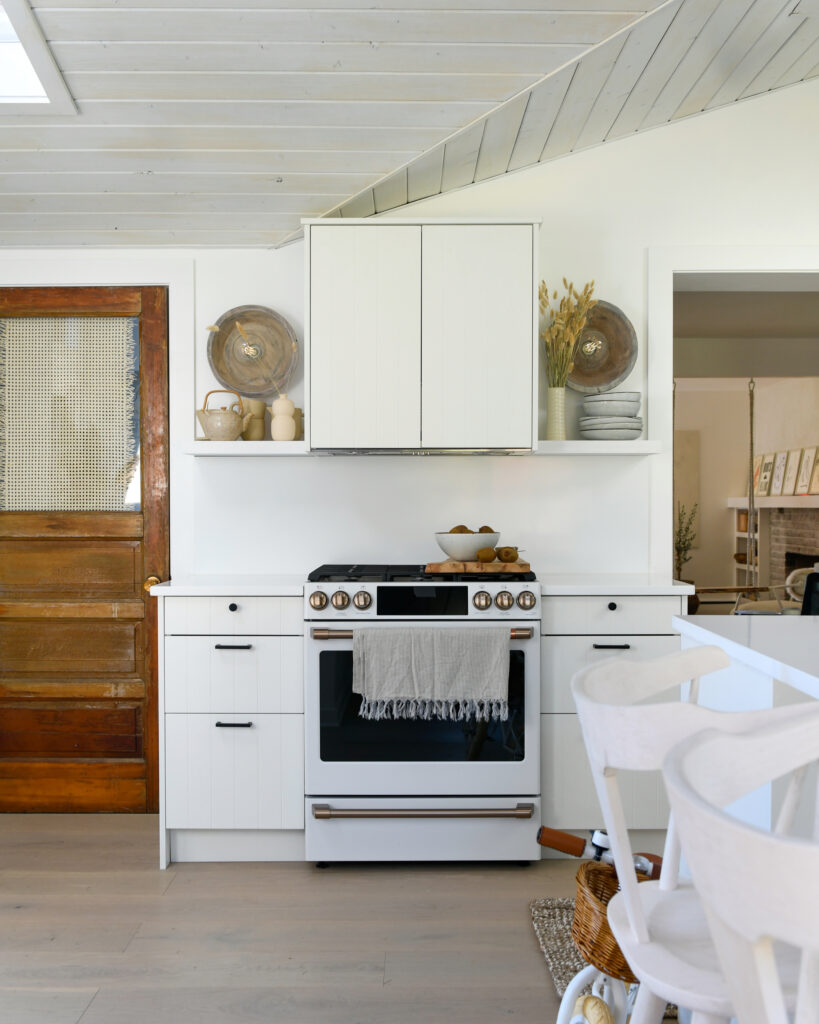 A Fresh Coat of Paint

Leanne is known for creating warm, minimalist spaces—and more often than not, that means adding a few coats of white paint. The sunroom featured beautiful vaulted, cedar ceilings, but the tone of the wood (window frames included), just wasn’t right. So Leanne followed her instincts and painted it all white—the same color on the window frames, walls, and ceiling. This gave the room the “bright and airy” feel they were going for. The new wide plank bleached wood style floors from Mohawk Flooring helped create this vibe.

The centerpiece of the large kitchen is a 6×6 foot island. It’s home to the kitchen sink (that has a great view, might we add) and even features cabinets behind the bar seating. The entire kitchen is outfitted in Ikea Sektion base cabinets and Semihandmade’s White Beaded fronts, created in collaboration with designer Sarah Sherman Samuel. To the right of the island, there are cabinets flanking the matte white Café Appliances range, and an entire pantry wall. 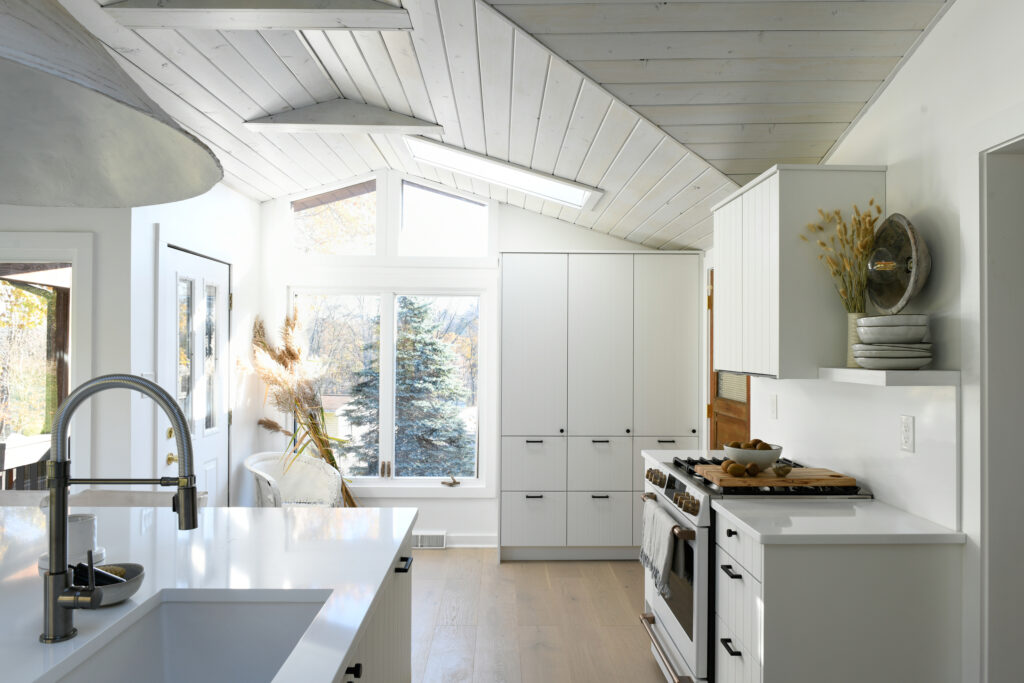 Make Your Budget Work For You

Leanne and Steve gave Kelly Jo the kitchen of her dreams—on a budget. They were able to do so by making smart decisions along the way, with everything from the TecWood floors to the Ikea and Semihandmade combination on the cabinets. They also chose white quartz countertops (durable and budget-friendly) and got creative when it came to the oversized pendant in the center of the island. Leanne drew up the cone shape and base of the light with cardboard that covered the flooring during the reno and had local Art Director Gregory Powell DIY a custom, paper mache light fixture.

You can tune into Home Again with the Fords on Tuesdays at 9 p.m. ET/PT on HGTV. For more products featured in this episode, visit Leanne’s website.