There’s something alluring about the rich architectural details of a brownstone. But, they often require a lot of TLC to transform them into functional modern-day family homes.

This particular historic 1890 brownstone, located in Brooklyn’s Bedford-Stuyvesant neighborhood, was “a mess of a place” that was once carved into a bunch of illegal units (meaning the units were created without proper city permits), says Brownstone Boys’ Jordan Slocum. 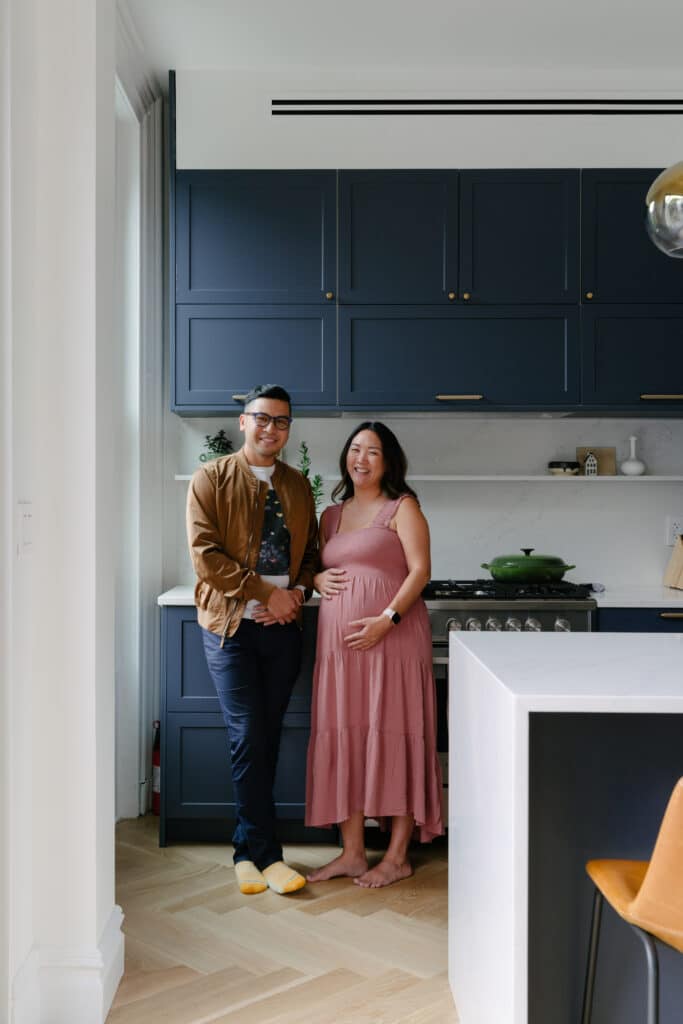 Blast from the Past

Before Bordelon and Slocum got their hands on it, the brownstone was essentially a time warp, complete with a bizarre configuration, mirrored walls, and crooked floors, along with nods to the ‘70s and ‘80s. An extensive gut renovation was in order to help homeowners Jonathan and Patty Reyes turn their space into the perfect home for their growing family.

The Reyes’ wanted what the Brownstone Boys referred to as “a family home”—a space they could live comfortably in for years and years to come, if not forever. The space needed to feel cozy, lived-in, and—of course—be kid-friendly. Here’s how the pair brought their vision to life: 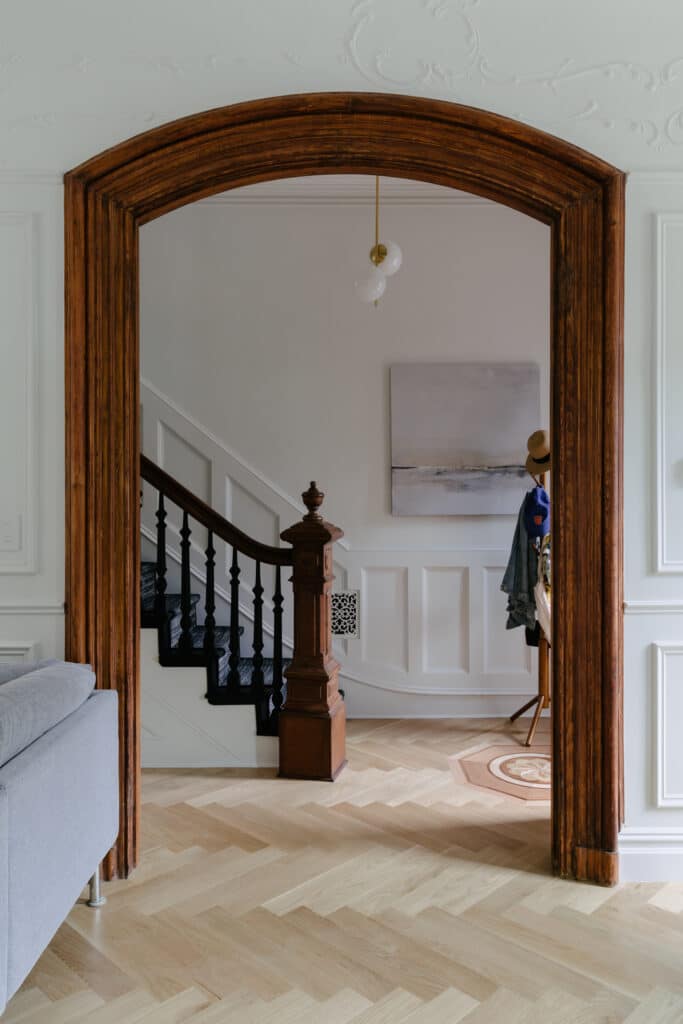 From the moment you step inside, you know what you’re going to get: historic details with modern touches. This is largely thanks to some of Bordelon’s favorite design elements, which includes a gorgeous original floor medallion, original banister and baluster, and grand staircase, which all perfectly meld with the new white oak herringbone flooring. Plus, to save money the oak planks were purchased unfinished and topped with a natural clear coating on-site. 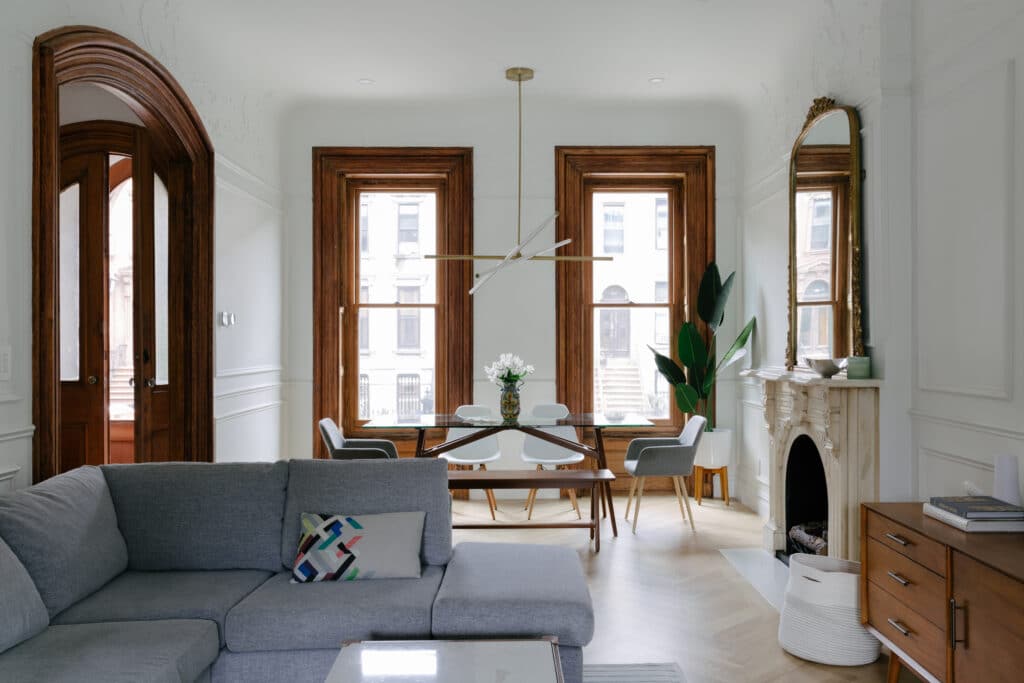 A Touch of Aloha

The couples’ number one request was to have an open kitchen leading to a deck. Thus, the Brownstone Boys set up the cooking space on the main level and opened walls, a splurge that was well worth it. The space now not only feels nice and airy, but the couple can more easily keep an eye on the kids while they cook or dine.

In terms of aesthetic, they opted for a darker blue tone, a major leap from the kitchen’s original lackluster wooden cabinetry. Semihandmade’s Supermatte Night Sky Shaker fronts bring a touch of the Hawaiian islands to the Brooklyn home. (The couple got engaged, and later married, in Hawaii). On the other side, a pantry and bar with Semihandmade’s SSS Quarterline fronts in white flank the ornate marble fireplace. “They wanted to feel like they were on vacation in different parts of their home, and this room is inspired by a trip to Hawaii,” Slocum adds. 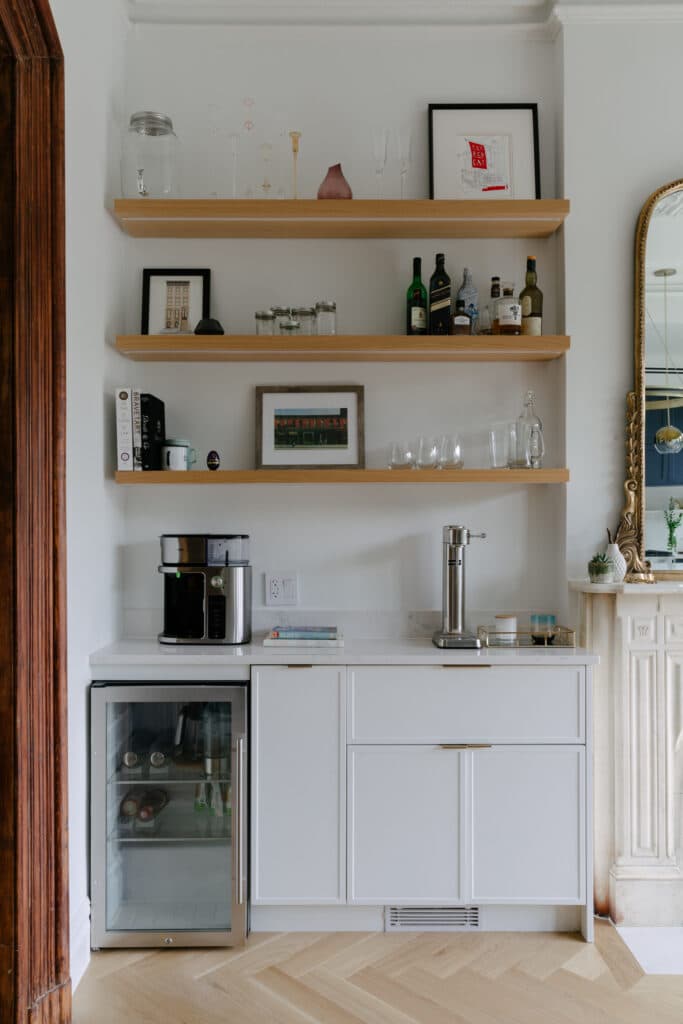 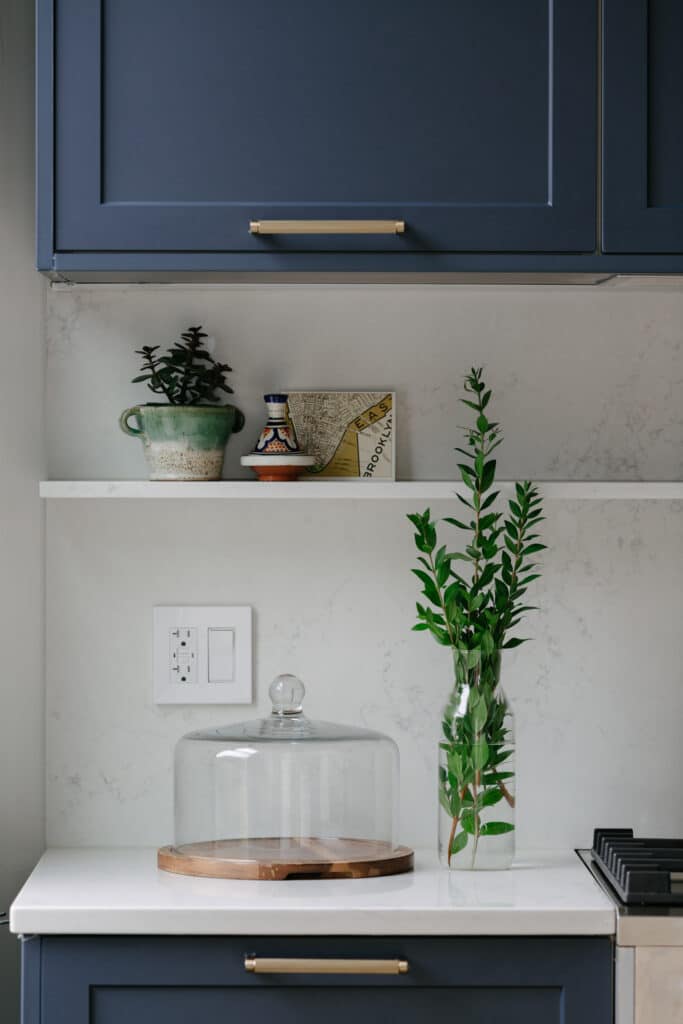 Bringing the Outdoors In

To deliver on the promise of an easily accessible deck, the Brownstone Boys added a bi-fold glass door at the far end of the kitchen. The doors open fully to reveal a steel deck that extends usable square footage. 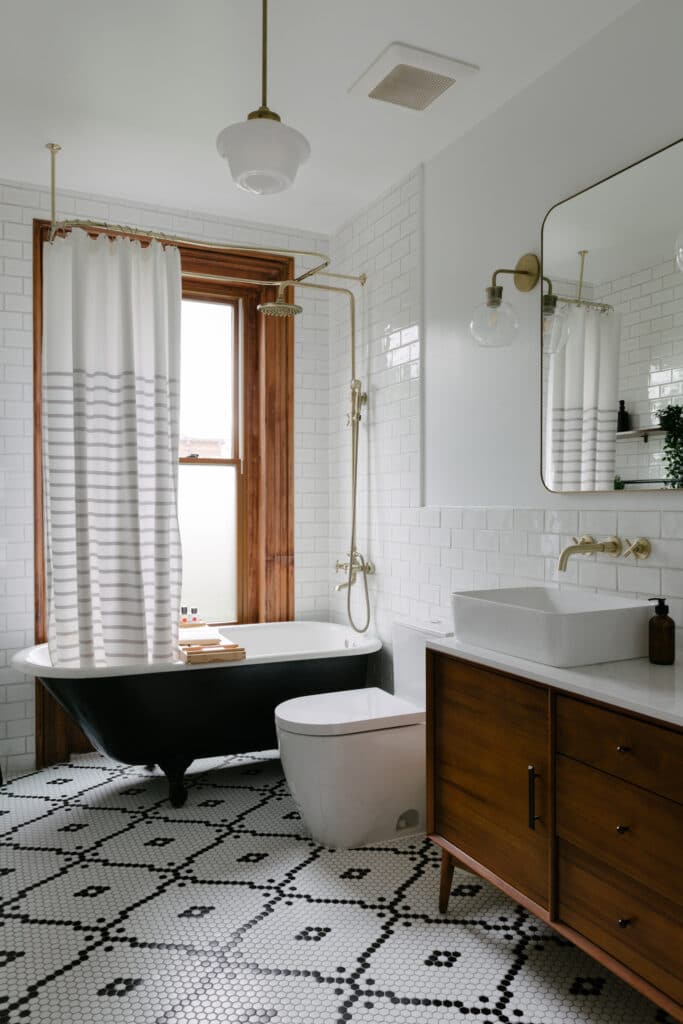 While there are some architectural details worth keeping, the 1970s-era platform tub in the guest bathroom was not one of them. To bring the bathroom into the modern age, everything had to go. In its place, the designers turned a mid-century-inspired media console from West Elm into a vanity. And, to save on material costs, they topped it with a slab of Hanstone quartz left over from the kitchen.

In the couple’s primary bathroom, you’ll see a mix of tile—Fireclay tile and traditional white subway tile—a way to incorporate statement tile without busting the budget. 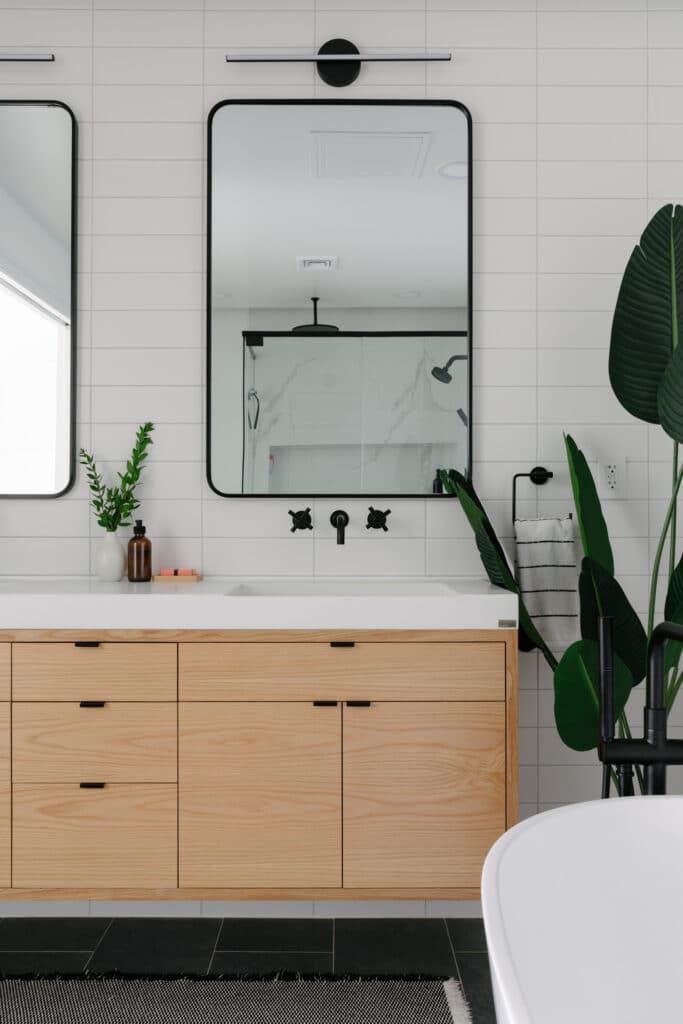 The powder room, one of Slocum’s favorite areas of the home, features a bright, fun wallpaper meant to be another nod to one of the Reyes’ most beloved vacation spots.

“We love the challenge of mixing old and new, and this home had some of the nicest plaster mouldings and marble fireplaces that we based the design around,” Slocum says.

To stay true to the home’s history and character, the pair left plenty of historical details in place, but peppered in modern conveniences—like a laundry room on the top floor and completely reconfigured closets for ample storage. After all, a family home is nothing if not functional.