How do you infuse modern taste into a nearly 200-year-old farmhouse? Just ask a designer who painstakingly transformed an 1840s Hudson Valley home. The home, which was fully gutted and soulfully restored over a two-year period, was the designer’s “one-time side hustle” and recently sold. Located on two acres with views of the Catskills, the charming retreat, built by a multi-generational family of carpenters and builders, contrasts present-day style with classic Eyebrow Colonial vernacular. 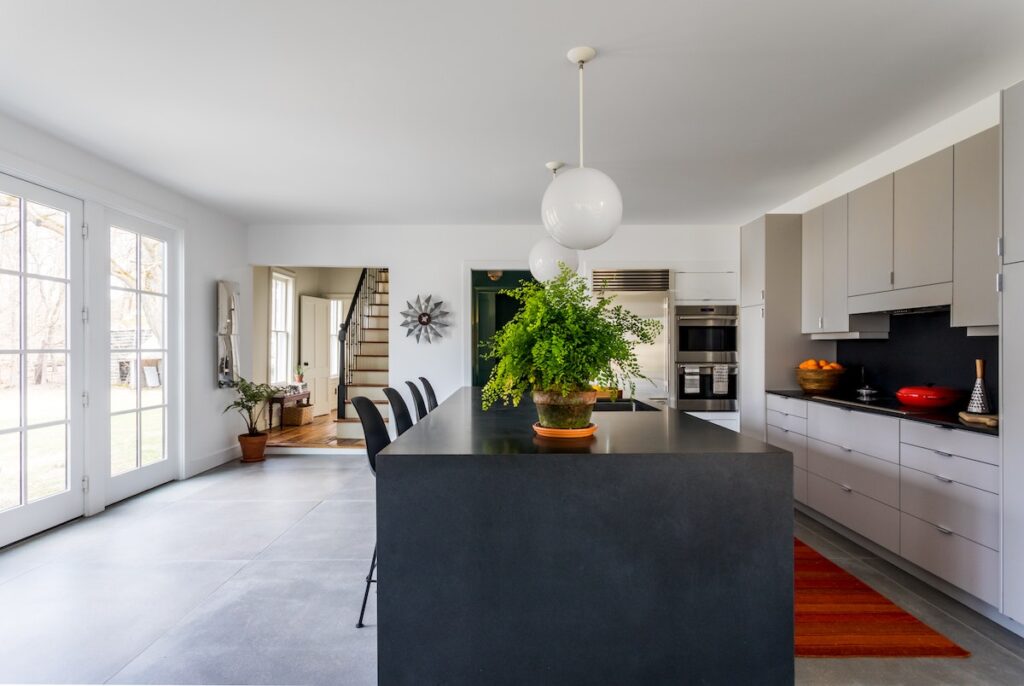 “The integrity of the 0riginal house was clear,” remarks the designer. He purchased the property though the estate, and while it was uninhabitable, he had a vision of “connecting the antique farmhouse architecture with something more contemporary,” he says.

He and his contractor from Goehring Restoration had been on the lookout for something special. Between its charm, site flexibility, and location on his “favorite road in his favorite town,” it was a clear winner. 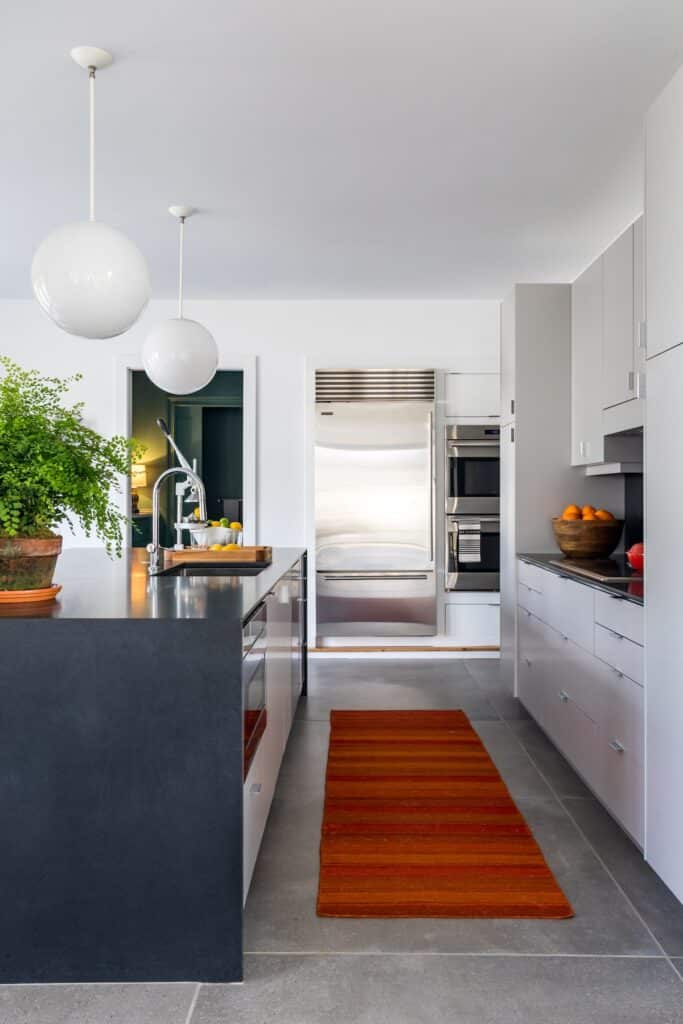 The plan would be to renovate the original three-bedroom farmhouse and connect it with a new addition, one designed with plenty of natural light in a similar style of the surrounding barns.

The restoration included wide-plank pine floors, custom beadboard and trim, and refreshing the original bubble-glass windows, antique doors, and hardware. In order to bring it up to modern standards, a new standing seam metal roof was added, along with new electrical, plumbing, underground power, and a high-efficiency HVAC. 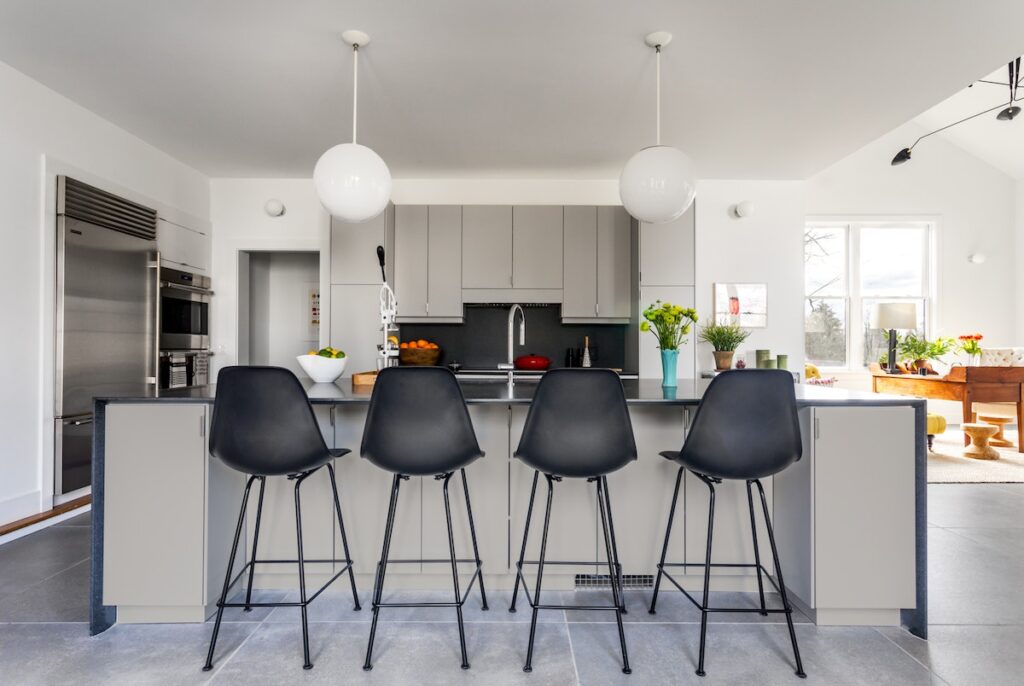 For the kitchen, minimalist gray cabinets, BOXI’s Mushroom Slab, are featured alongside a custom reverse-beveled black granite waterfall countertop. And while the designer was ready to order fronts from Semihandmade, he chose to go with BOXI. “It made perfect sense to not have to deal with IKEA as the closest IKEA is more than two hours away,” he says.

“The kitchen has all Mushroom Slab because of the amount of light in the space. It shows how subtle and versatile the color is,” he adds. 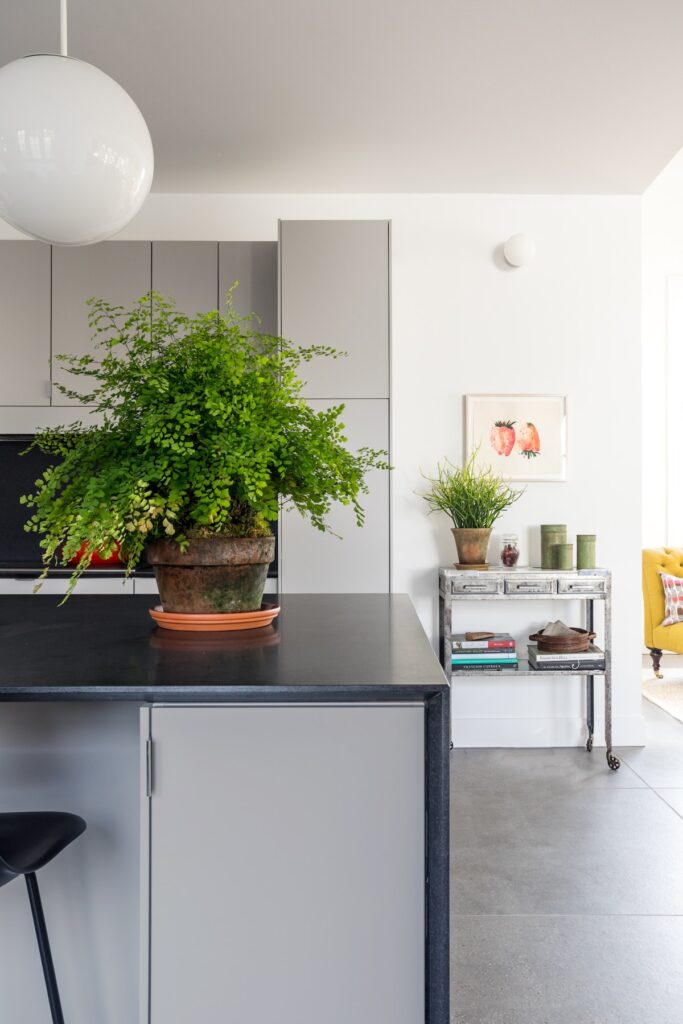 The kitchen’s large footprint keeps things “extremely accessible and efficient,” says the designer. “The large island was a key feature.”

Outfitted with high-end appliances, the kitchen includes a Sub-Zero refrigerator, Wolf double ovens, plus a walk-in pantry, Porcelanosa floors and Berenson hardware, and staging by Nancy Raimondo and Scott McFarlane of StagedRyte.