For a young family of four, timeline was just as important as aesthetics for the kitchen remodel in their nondescript 1980s track home in Los Angeles.

“They really did not want to be paying rent on their current apartment while waiting for a big renovation to take place,” explains Anne Sage, the interior designer and influencer who took on the challenge of adding character to the bland space in just eight weeks.

Fortunately, a desirable contractor happened to be available because of another project’s delays and began to work before Sage even had the chance to draw up plans. “It was pretty stressful to be demoing without any designs for how we were going to put it back together,” she shares. “It was like jumping on a runaway train and riding for two months. It was nonstop.”

Sage devised a smart layout and chose chic finishes faster than ever in order to complete the transformation before her clients’ move-in date. Here’s how she created their dream kitchen in a time crunch. 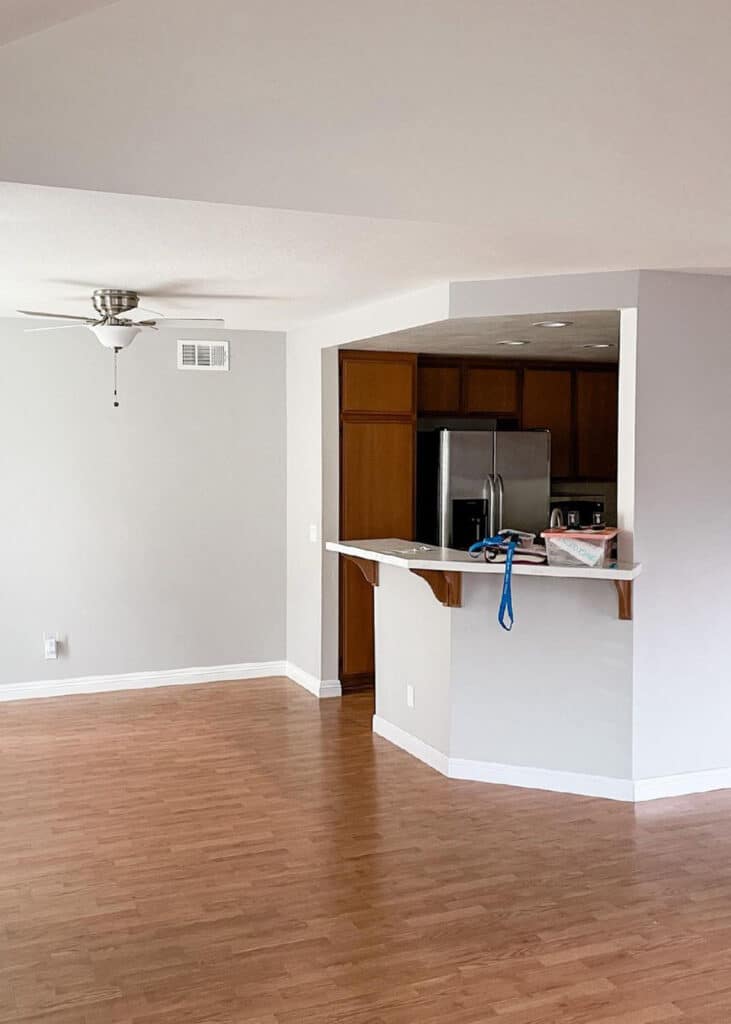 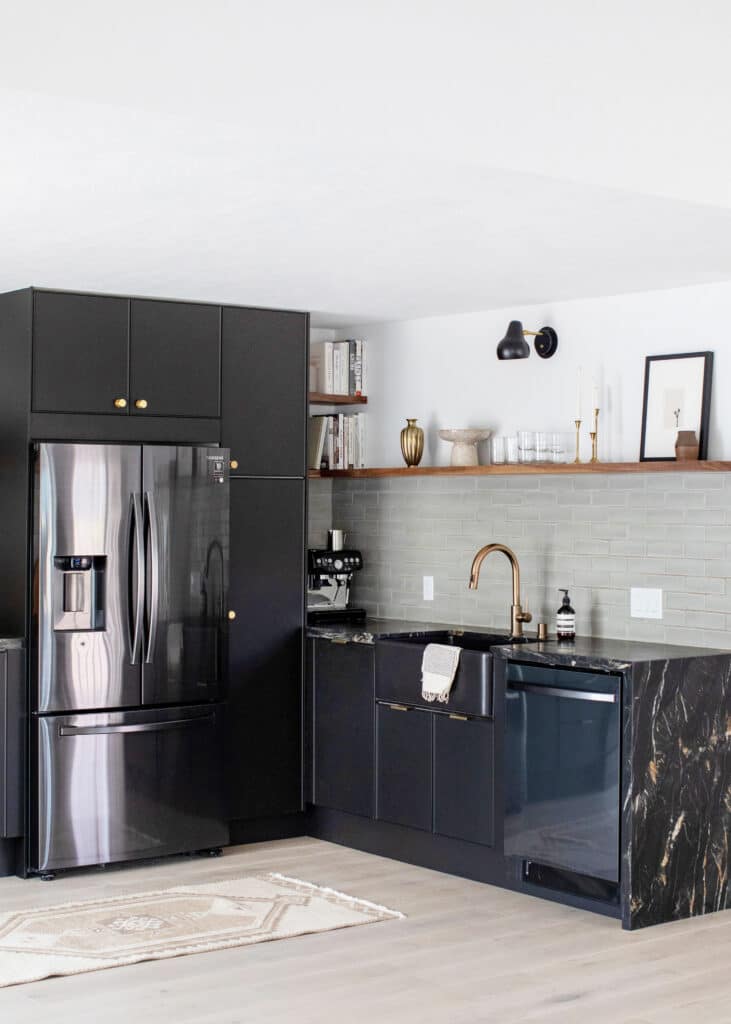 A relic of the late 20th century, a strange, multi-sided wall closed the original kitchen off from the rest of the ground level. Combined with an outdated drop ceiling and a weirdly angled peninsula, the cooking area felt cramped and dingy. “It was like a little octagonal cave,” Sage describes.

To remedy this, Sage demolished the dividing wall, evened out the ceiling, and inserted massive structural support beams to allow for an open floor plan. She then fashioned the new kitchen in a functional L-shape and opted for a walnut dining table in the center as a gathering place that doubles as a prep surface. 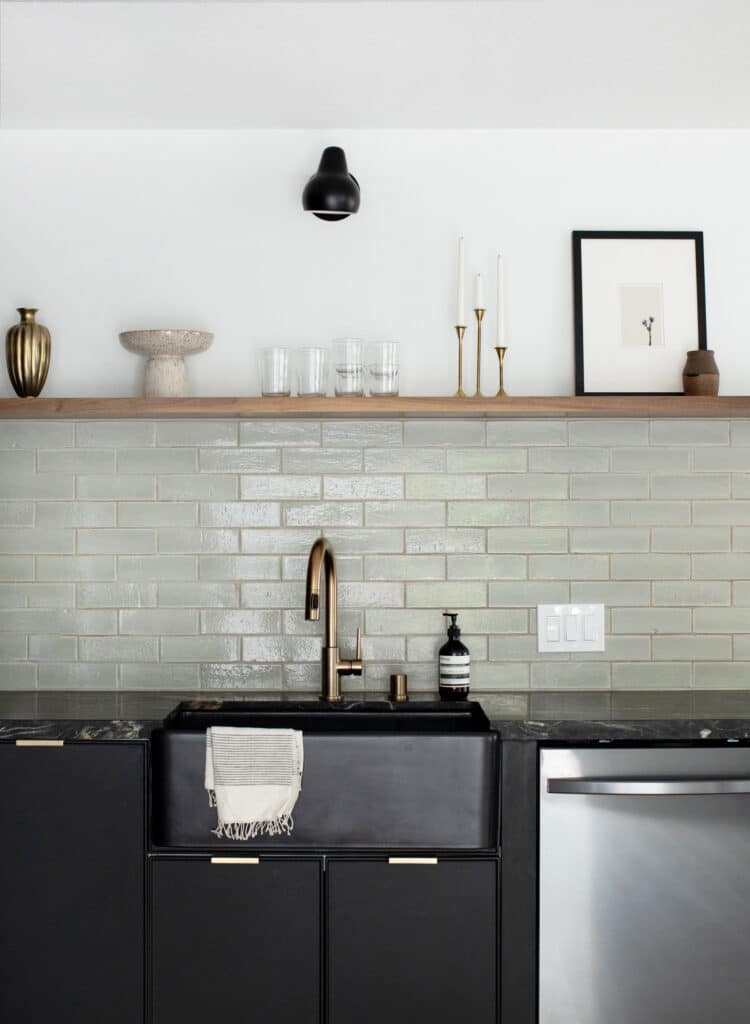 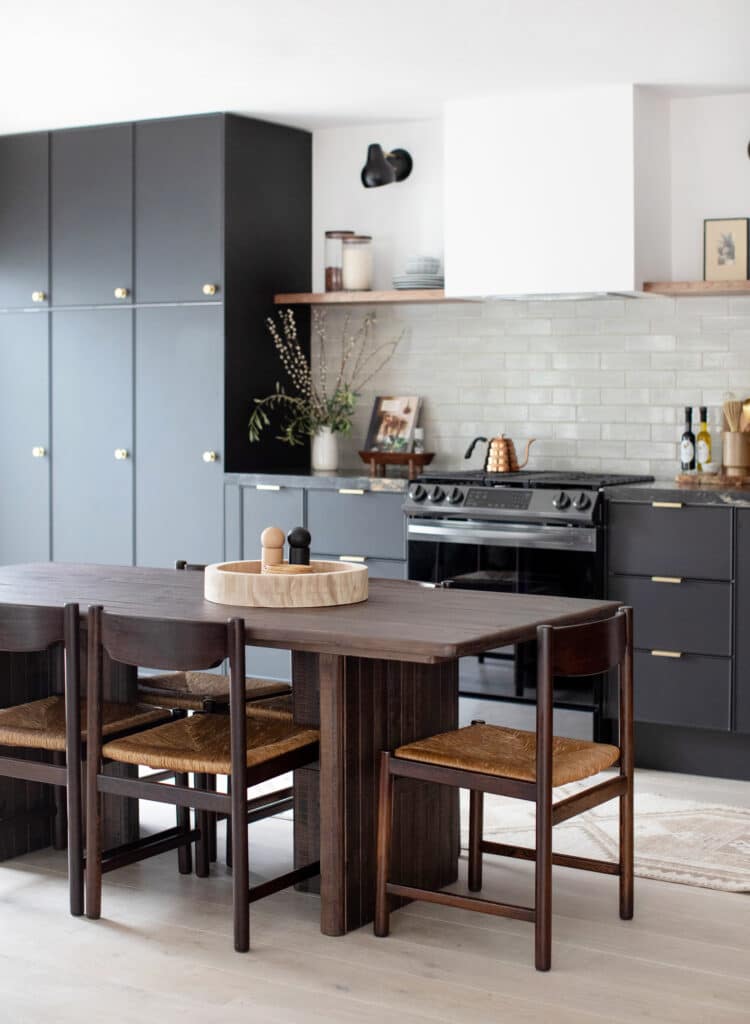 The dark wood furniture offers a dramatic vibe when paired with BOXI by Semihandmade Edge cabinets in Peppercorn, which gave the clients’ their requested black cupboards and also helped Sage swiftly finish the project. She consulted with the BOXI team on the configuration and installation logistics to ensure a quick-yet-flawless result. “It felt like I had a design partner in getting this done,” she raves.

To complete the look, Sage chose a striking black granite with graphic white and burnt sienna veining for the countertops. She had just enough of the Italian stone to craft a statement waterfall edge that makes all the difference — it’s the first feature you notice upon entering the house. 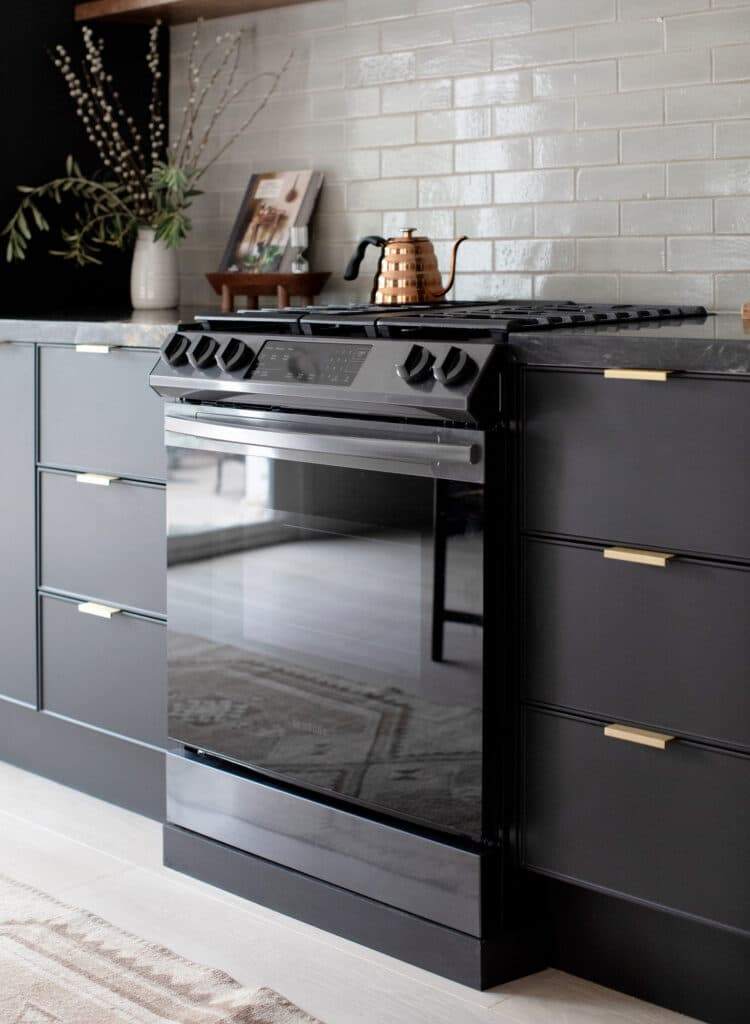 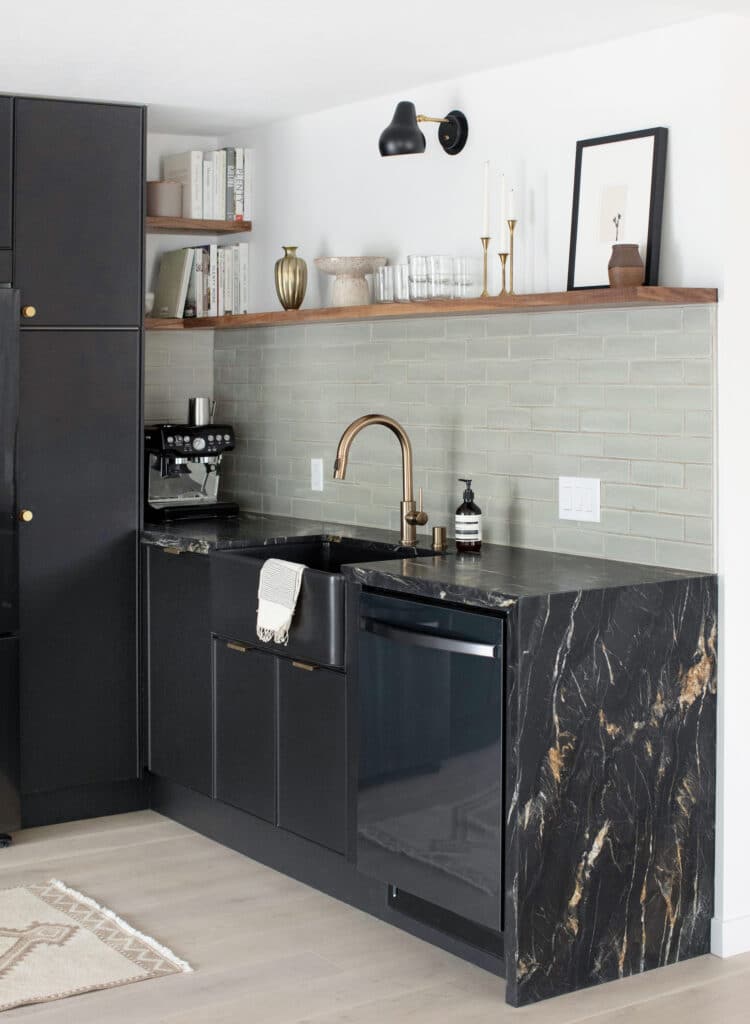 Sage balanced out all the dark tones with brushed brass hardware, engineered wide-plank European white oak flooring, and a warm gray brick Fireclay Tile backsplash that nods to the clients’ love for earthy concrete. Open shelves filled with treasured items and a vintage Turkish rug provide a sense of coziness and personalization that make the kitchen seem like it’s been there all along. The fact that it was built in just two months is an impressive feat.