Some of my favorite framed artworks encase sentimental artifacts.

I framed the New York Times article about my Williamsburg apartment, and the receipt from my first date with my husband. I also framed the handwritten menu from the Tokyo sushi restaurant that we visited on our honeymoon. I’ve picked out inexpensive Ikea squares, selected pricey finishes at fancy shops, and ordered sleek rectangles online. And every time I frame something, it only makes me want to do it again. I really should, too—I have lots of blank walls in my home.

Most of my frames are made of basic white right angles. But whenever I’m in a museum, I’m often as captivated by the frames as the art within. They mostly have ornate details, like curves that swirl around eye-catching shapes, and I try to take in all the ways those smaller movements enhance the image on display. It’s a practice that’s been going on for centuries.

The earliest artwork, cave paintings, weren’t framed. And up until relatively recently, historians thought that the practice of framing began sometime in the 11th or 12 centuries—you know, with those gilded canvases portraying the Bible. It wasn’t until 1889, when Sir Flinders Petrie discovered a badly damaged mummy portrait on a dig in Ancient Egypt’s Hawara that a frame’s existence expanded further into the past. Petrie’s team eventually found more than 1,000 portraits, and they speculated that tomb painters would inscribe frames with explanatory hieroglyphics, like a comic book, for entertainment. One frame even had a groove indicating it once held glass, leading scholars to believe that the portraits were maybe displayed or paraded in the streets. 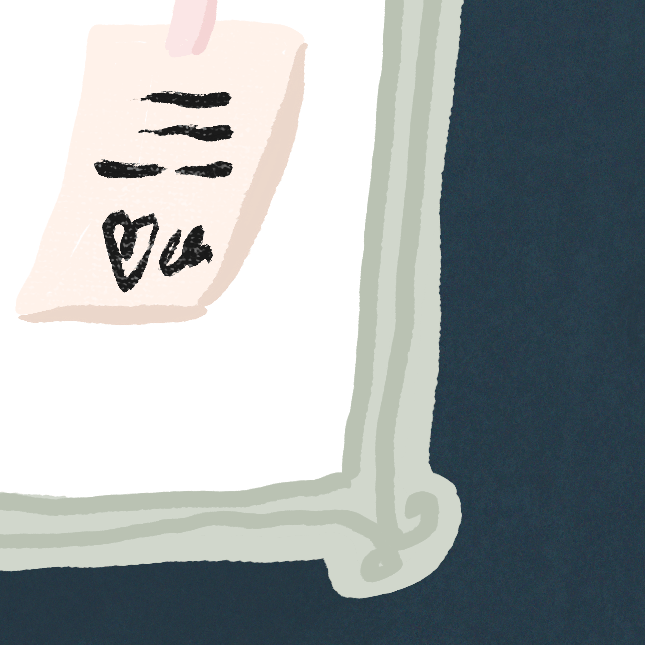 Religious art was moved around quite often, either inside churches or during special occasions, and frames provided necessary protection.

But the discovery that Ancient Egyptians also framed their artwork shouldn’t detract from why the practice was thought to have originated in the Middle Ages. During the 12th and 13th centuries, small panel paintings—which often showcased religious settings—were housed in carved, wooden frames. Religious art was moved around quite often, either inside churches or during special occasions, and frames provided necessary protection.

By the time the Renaissance rolled around in the 15th and 16th centuries, there was a dizzying array of frame styles to pair with art. One of the most lasting variations to come from the period was the cassetta frame. Italian for “little box,” the style was developed in the Venice region of Italy to be hung at home and the art inside was most likely religious. The cassetta frames were constructed separately from the art, which made these the first “mass-produced” frames. They’re the ancestor of most of our current frame styles.

In the 17th and 18th centuries, as exhibitions gained importance as public gatherings, artists used frames to distinguish their work in a crowd. As much art as possible would have been crammed on a wall, and artists knew that the right frame could help identify their work to viewers from a distance. Many even tried to develop a signature framing style to stand out. So, as part of their creative process, artists developed partnerships with carvers to create the most unforgettable frames together, and the resulting work is considered to be the apex of frame design. 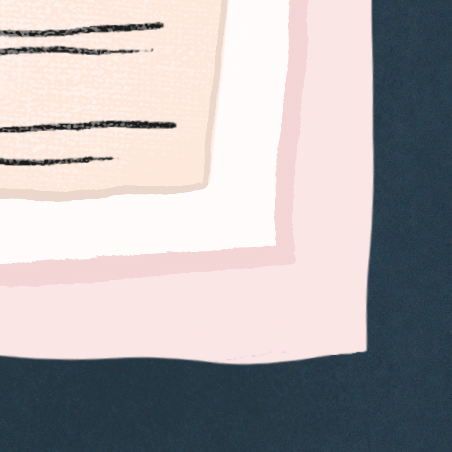 Maybe my home isn’t filled with the gilded frames of museums, but my frames still protect what’s important to me.

Sadly, the Napoleonic Wars and the Industrial Revolution destroyed the market for elaborate, hand-carved frames. No one could afford them during wartime, and later, early mass-production created much cheaper alternatives for an increasingly domestic market. Nineteenth century Impressionists revived the collaboration between framer and artist to create custom, streamlined works, but what museum-goers see today—cough, over-the-top Baroque frames, cough—is often not what those artists intended. Their wish for unencumbered squares arrived with the modernist architecture of the 20th century, and the frame as we know it today.

Art has always been something special: It’s a creative expression that allows us to connect with the artist, our feelings, and anyone who has those feelings, too. In a way, a frame puts a spotlight on that fact. Maybe my home isn’t filled with the gilded frames of museums, but my frames still protect what’s important to me. They keep some of the best parts of my past included in my present, offering protection like frames always have.

Corcoran, Lorelei H. A Cult Function for the So-Called Faiyum Mummy Portraits? in Life in a Multicultural Society: Egypt from Cambyses to Constantine and Beyond. Studies in Ancient Oriental Civilization (SAOC) 51. University of Chicago: Chicago, 1992.