As a child, one of my favorite books was The Secret Garden.

It was probably the reason why I had the idea to plant roses outside my bedroom window when I was 12. It was a hot afternoon, and after failing to make much of a dent in the clay-like Arkansas soil, I gave up on that plan.

The same thing happened when I was a young adult living in Brooklyn. Even with the best intentions of lining my fire escape with blooms, nothing much came from that soil, either.

I have since embraced my black thumb, but I still can’t help but appreciate the beauty of a simple flower pot. In fact, one of my favorite keepsakes is a three-foot, antique terracotta vessel sitting in my home. Given my track record, it likely comes as no surprise that it’s empty.

Flower pots have an impressively long lineage. The earliest ones were used by the Ancient Egyptians to transport seedlings. Queen Hatshepsut, the second-known female pharaoh who’s credited for opening trade routes to her kingdom, sent a delegation to the region of modern-day Yemen for the purpose of bringing back aromatic myrrh trees. It was the first mission of its kind, and when it worked, she planted them in pots at her palace. All but one of her trees thrived, making her much more successful at gardening than me.

The same regard for greenery was also true of Ancient Greek, especially as a critical component of the festival of Adonia—a female-only festival celebrated to mark the coming of winter. The women planted “Gardens of Adonis” on their rooftops, which were made of lettuce and fennel seeds. The seedlings would sprout, but the women wouldn’t water them. Instead, they’d watch them wither and die, leading them to then dance and sing in the open air. They’d meet later in the street for a mock funeral procession, carrying their shriveled seedlings in flower pots. When their festivities reached the sea, they would throw the pots in. 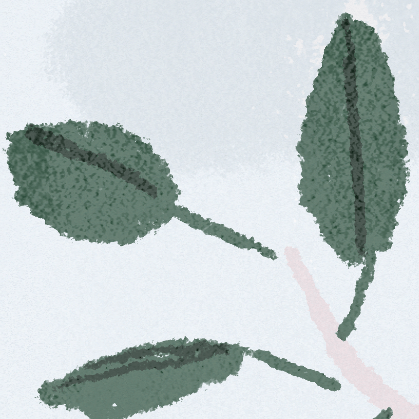 The women planted “Gardens of Adonis” on their rooftops, which were made of lettuce and fennel seeds. The seedlings would sprout, but the women wouldn’t water them.

Ancient Romans, on the other hand, were different. They would line their rooftops and balconies with pots overflowing with flowers, and never took the opportunity to waste them. Romans were also fond of using terracotta pots for starting trees—lemon varieties were a favorite—and when the tree was ready to be moved from the pot to the ground, they’d simply smash the pot open and replant it. No Roman seemed to cry over smashed clay.

After the fall of Rome, domestic pottery lost its luster. It wasn’t until the Renaissance that the flower pot was once again seen as a homespun art piece, capable of a colorful display. Luca della Robbia was the most famous Renaissance potter, thanks to sculptures that were decorated with springs and flourishes. His fancy flower pots were in high demand by large estate owners, and knockoffs of his ornate pots are still made today.

The Enlightenment brought with it a scientific and social curiosity of the natural world, and that included quite a fascination with botany. From the mid-17th century until the late-19th century, showing off exotic plants in coveted collections became a pastime for the upper class. This was particularly true in the United Kingdom, where Queen Mary II led the way for oohing and ahhing at the most revered blooms and leaves. Her private botanist catalogued about two thousand plant species, and when word got out about her assortment, the elite rushed to keep up. Flower pots were swept up in all the rage, as they contained all of their rare finds.

During this period, in 1770, Eleanor Coade capitalized on this insatiable appetite for gardening by creating a frost-proof stone container. She dubbed it “Coade stone,” and began supplying British estates with statues and flowerpots that could stand up to Britain’s notoriously fickle weather. Coade became a wealthy businesswoman as a result, which was rare at the time. 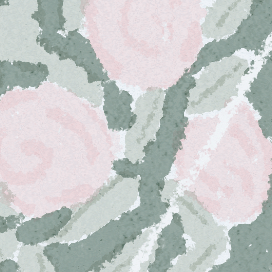 Luca della Robbia was the most famous Renaissance potter, thanks to sculptures that were decorated with springs and flourishes. His fancy flower pots were in high demand by large estate owners, and knockoffs of his ornate pots are still made today.

As with so many other goods, the Industrial Revolution sped up the production of flower pots, and by the end of the Civil War, they were almost entirely made in factories. The next big change didn’t arrive until the 1960s, when plastic became the preferred means for plant transportation.

In the years since then, the ancient dream of Queen Hatshepsut became an easy way of life: Plants can now be shipped around in the world, giving the simple flower pot the glamorous quality of a passport. They’ve also become a de facto component of design—whether that’s a fiddle leaf tree in a living room or a cactus in a kitchen—and a popular option for those who aren’t yet ready for bigger responsibilities like pets and children.

In my current hometown of Northern California, it seems like even the most neglected plants can thrive. It’s given me hope that maybe I can correct my past, which is why I recently hired a landscape designer from a local nursery to come and take a look at my garden. I asked for something low maintenance, and something that I can also keep in pots. I’m hopeful that this could be the start of something new. After all, it’s hard not to think of the possibilities when staring at empty flower pots.

Staubach, Suzanne. Clay: The History and Evolution of Humankind’s Relationship with Earth’s Most Primal Element. University Press of New England, 2013.