Don’t buy a house with a ton of wallpaper. That’s just one lesson homeowner Brittany Murphy learned the hard way when she purchased a 1960s detached row house in Philadelphia’s Roxborough neighborhood.

The home, a three-bedroom, 2.5-bath split-level, was fully covered in wallpaper, even the kitchen, while in the living room, she and her fiance, painstakingly peeled layers of paper and a cardboard-like material. Murphy documented the process on her Instagram, @whenlifegivesyouwallpaper, and sat down with Semihandmade to share her best kitchen renovation tips. 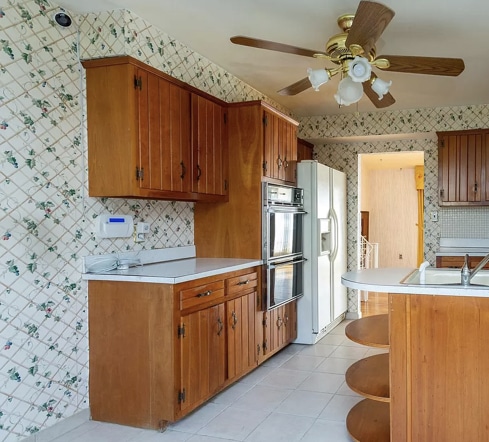 The couple purchased the home in 2020 and were ready to take on a fixer-upper. They had previously lived in the city center, but looked further out for reasonable home prices and a backyard for their dog.

“When COVID happened, we wanted to expedite our move,” she adds.

This home was the fourth they put an offer on, a detached row house, which is “not super common within the city limits.” 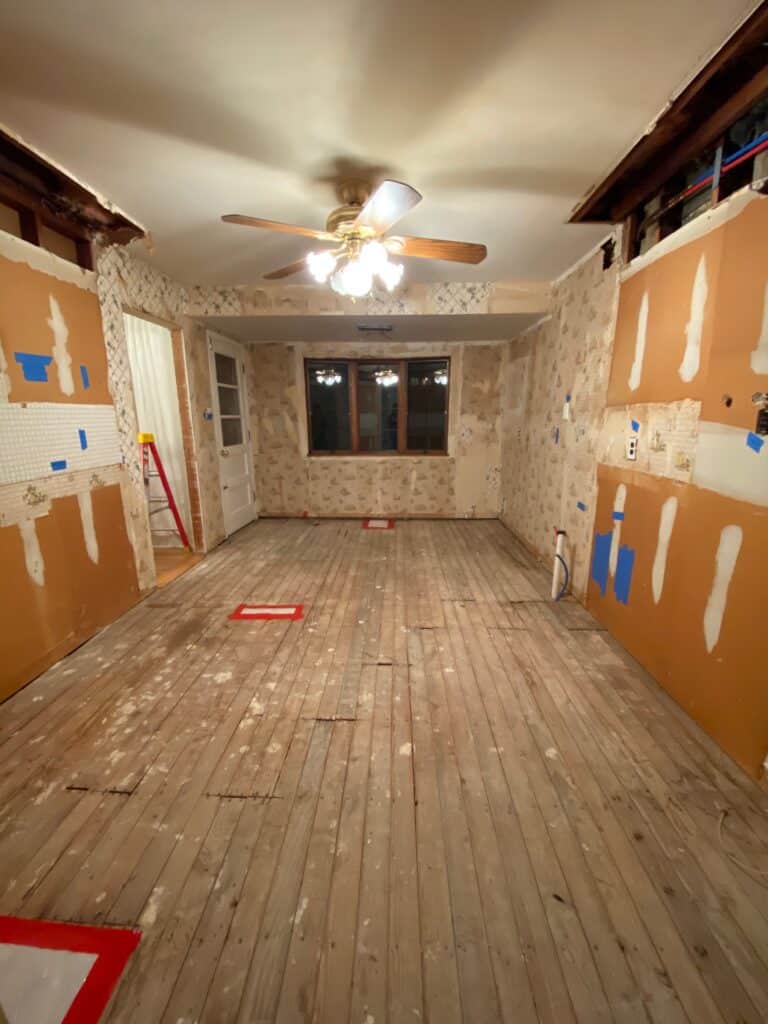 The kitchen had mixed wood tones and a tile floor that had been stacked up over the years. ‘There were layers upon layers of ceramic tile, a weird peninsula,” and a dishwasher that wasn’t integrated into the layout.

Overall, it didn’t have a prevailing aesthetic outside of the floral wallpaper, so they decided to “weave in some midcentury vibes without making it too overtly midcentury modern,” Murphy says. “We tried to make the kitchen feel like the house, which didn’t have mich style yet. We had to create it.” 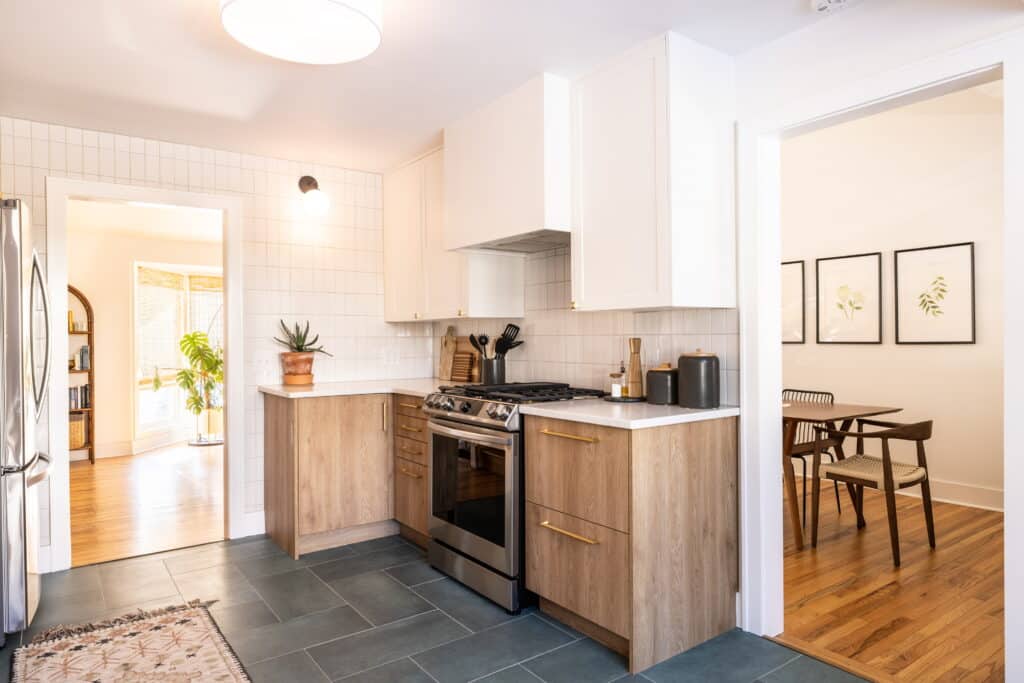 Pretty much did it completely ourselves. Both of our dads are handy and helped us out. We did have someone come help with plumbing when we moved our sink and had someone else come help with gas related stuff with the oven. There were original bulkheads above the cabinets, were pipes that came into the room and had a plumber move them back into the wall so our cabinets could go all the way to the ceiling. 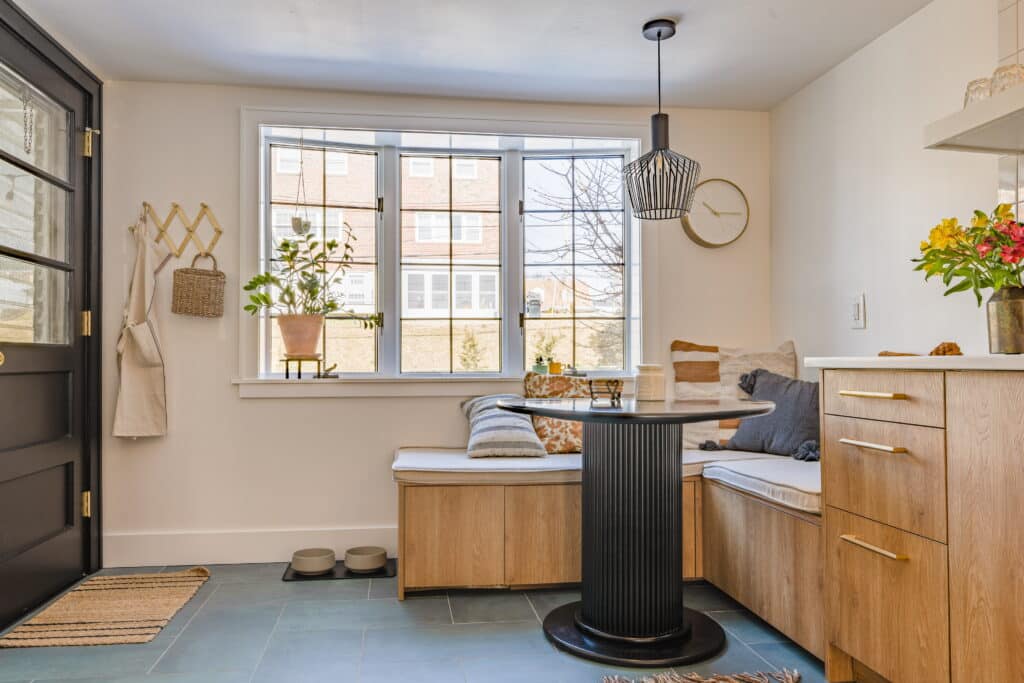 The couple used IKEA’s Kitchen Planner to plan their dream layout, going through three variations before landing on the right one.

In the original kitchen, the oven from separate from the stove stop, and is now located where the current pantry is. “The pantry next to the fridge gave us the storage space we wanted,”she says. The sink shifted with plumbing routed across the kitchen through the basement. 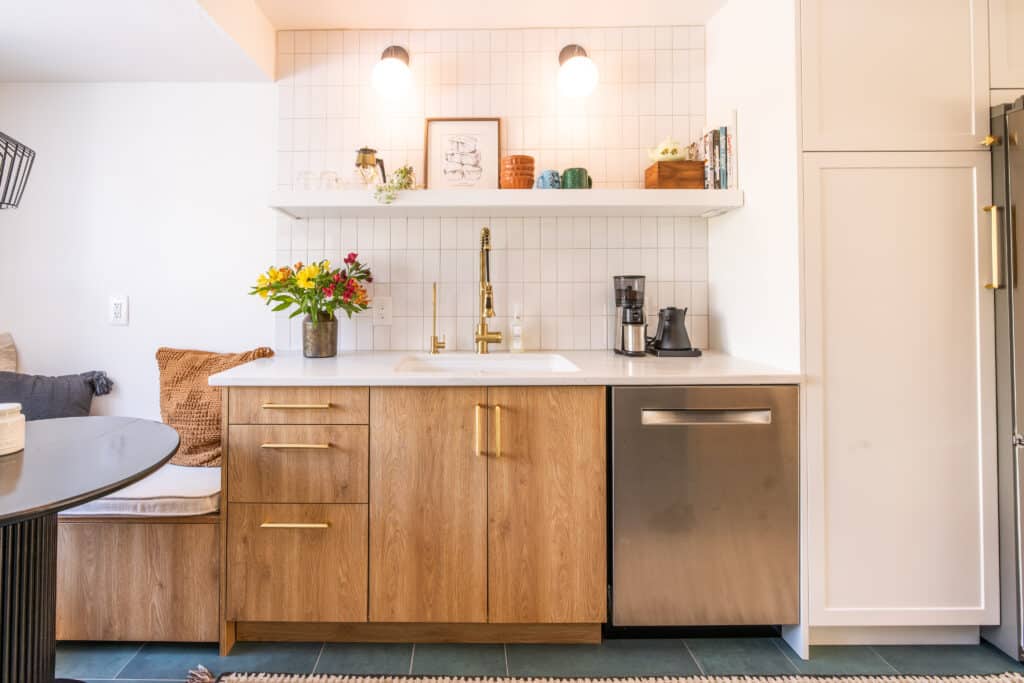 As their first renovation, the kitchen took much more planning than they had initially though. One of the most difficult elements was the tile flooring. “I had never done tile floor before, so I had to do a lot of research into how our floor joists were laid out, could it support the tile, and would there be too much movement,” she says.

They had to take the floor down to the joists, add subflooring and leveled it. “It was a lot of very detailed work,” she says.

Invest in the Right Cabinetry 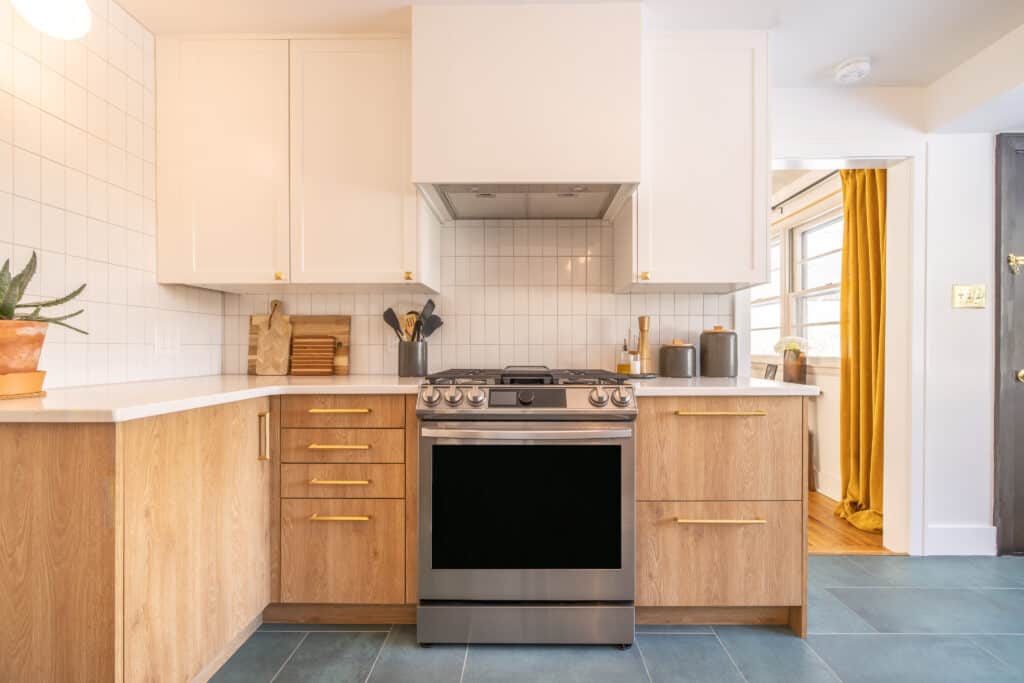 The cabinets were the most simple part of the renovation, surprisingly. The couple found Semihandmade and went for the Impression Tahoe fronts mixed with White Shaker. “I wanted to go darker, but with such a tiny kitchen, keeping it light was best.” Gold hardware from CB2, white Subway tile, sconces from West Elm, and a pendant from Wayfair complete the look.